It is moods rather than facts that are determining perceptions, decisions and courses of action to an ever greater degree. Mood data, in turn is a sought-after subject for analysis; emotions are being quantified and simulated. The exhibition “Mood Swings – On mood politics, sentiment data, market sentiments and other sentiment agencies”, curated by Sabine Winkler, focuses on the significance and radius of sentiment in politics, economy, technology, media and art.

In our post-factual age, realities are increasingly generated through moods. “Mood Swings” investigates the domain of influence that moods have, especially in relation to socio-political upheavals that we are witnessing at the moment. As complexity increases, so too the difficulty of understanding political, financial and technological processes, along with the paradoxes associated with them. Orchestrations are perceived as authentic, data evaluations presented as fact, financial interests accepted as policy-steering necessity, “social” media misinterpreted as social.

The show therefore addresses the question of how and why moods are analysed, generated and exploited, to what purpose, and how moods assume autonomy in networks and can themselves become actors. On the one hand, electoral, investment and purchasing behaviour are influenced by moods, with social media channels often acting as amplifiers. On the other hand, emotions are being quantified for data mining and affective computing processes in order to evaluate emotional reactions for economic, marketing strategy or criminological purposes, or to make computers/robots more emotional.

The artistic works shown in the exhibition address manipulative techniques of ideological mood politics, and deal with the emotionally charged struggle for definition authority between reality and fiction, analyse the influence and impact of moods on financial markets, or confront technological developments that exert a direct or indirect influence on human behaviour, concepts and social relationships through emotional analysis. With the revival of authoritarian structures, mood analysis can be understood as a form of ideological critique, a way of countering this development.

In her installation “The Boys Are Back”, Christina Werner focuses on right-wing European networks and their pop-cultural media presence. She analyses contradictions, analogies, gestures and orchestrations of right-wing populist politicians in media appearances, investigating campaign elements and media strategies through which moods and fears of loss are generated, and ressentiment stoked.

Using six actors, Barbora Kleinhamplová staged an NLP (neuro-linguistic programming) course to which managers were invited without being informed of the staged nature of the event. Here it was above all the irrational and esoteric aspects of manipulative techniques – which are sold as promising business strategies – that were presented and deconstructed. Barbora Kleinhamplová investigates both rational and irrational interference in the economy and in art, examining manipulative and economic influences in both systems.

In her works “A timeframe of one second is a lifetime of trading I, II”, Femke Herregraven explores the specific names given to different trading algorithms to depict high-frequency trading processes as graphic profiles and patterns. In so doing she points to emotional, cultural and symbolic reference and abstraction processes in finance and culture. In concrete terms, Femke Herregraven is referring here to the 2010 “Flash Crash”, when the Dow Jones Industrial Average Index lost more than 1000 points within a few minutes. This crash was triggered by the fraudulent use of automated cancellation of purchase agreements. Share indexes react like seismographs to symptoms of change, moods, movements, etc., to then once again generate profit from precisely these gaps in sentiment.

In his video and photographic work, Florian Göttke is concerned with analysing the politics of image in the context of the Syrian war. He investigates how images are used in media and social media, how emotions are evoked through photographs, how visibility demands reactions and responsibility. Florian Göttke is interested in the relationship between action and image in the context of media and social media, the way moods are channelled and how moods can be activated through the politics of image.

In 2004 Nir Nadler stayed in Beelitz/Brandenburg, as part of his participation in the EEA (European Exchange Academy) program. During that period local elections took place, and the campaign posters spread across public spaces inspired him to launch his own electoral campaign, as the fictional candidate Norbert Nadler. He staged Norbert Nadler as a politician devoid of ideology who instead adapts to the mood of his environment and represents an “empty signifier” which precisely because of its indeterminacy functions as a projection surface for all manner of frustrated hopes.
For the exhibition Hertog Nadler created a new piece to correspond with the current political climate of 2017, (more than ten years after the Stimmt campaign in Germany). The work Read „My Lips“ is a jukebox politician, press play, and he’ll dance to the ideology of your choice.

Xavier Cha investigates the impact of digital image communications on our emotional perception and behaviour. In a laboratory situation she shows a range of emotional test subjects whose faces register emotional impulses in quick succession – anger, joy, grief, mania, disgust, surprise and shock. However, the triggers for these emotional perceptions remain unclear. The lack of context and the rapid succession of mood shifts makes it impossible for the viewer to identify with the emotional states of the actors. Representations of emotions and moods without reference and context thus resembles emoticons.

For his work „Emobot“, Antoine Catala transferred expressions and their associated feelings from an 11-year-old boy to a Telenoid robot. The emotional states of „Emobot“ shift between anxiety, despair, inner calm, emptiness, etc., occasionally grimacing in a way that defies categorisation, breaking the smooth surface and making it seem at once vulnerable and eerie. It is these moments of insecurity and vulnerability which, in conjunction with the child’s voice, create the impression of a certain kind of humanity, but this humanity soon turns uncanny. In the future, will we outsource unwanted or secret emotions to emobots, for them to attain independence or be put on file in a Bad Bank? How will emotional simulations generated by algorithms alter our perception of feelings and/or empathetic behaviour?

In her video installation “Follow the Path”, Bego M. Santiago shows men and women dressed in white swimming in groups on their own or in pairs. The swimming arrangement changes from a loose framework into a complex network-like structure. Bego M. Santiago is interested in the relations of the individual to the community and how certain triggers can cause emotional infection (meme theory) and how patterns of behaviour can form in social networks. If the status of the subject follows from the status of the user, then assigned subject positions become assigned user positions, which in turn can be mistaken for our own.

In his installative work “PROTEST”, Tom Molloy shows prints of cut-out figures from online media on an eight-metre long shelf. The work reflects the desire to position oneself in the public realm, to be visible as an actor, and addresses such issues as the emotional relationship between subject and society, from performative orchestration to linguistic representation.

„Mood Swings“ is organized in cooperation with the Austrian Federal Ministry for Europe, Integration and Foreign Affairs and other partners from Austria and abroad. 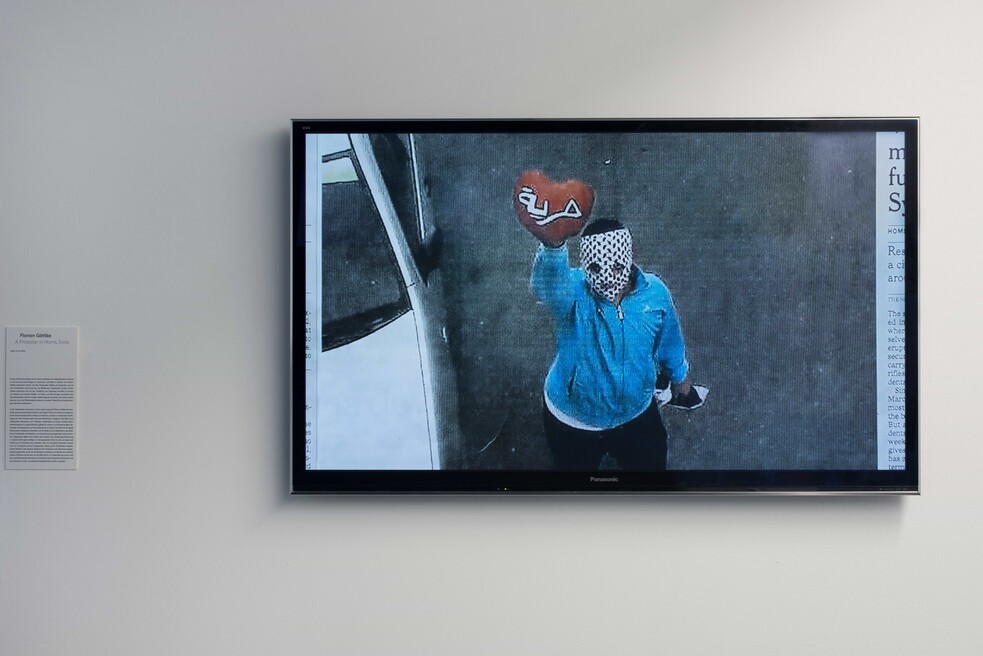 Femke Herregraven: A timeframe of one second is a lifetime of trading I, II

Florian Göttke: A Protester in Homs, Syria / The Gaze from Syria 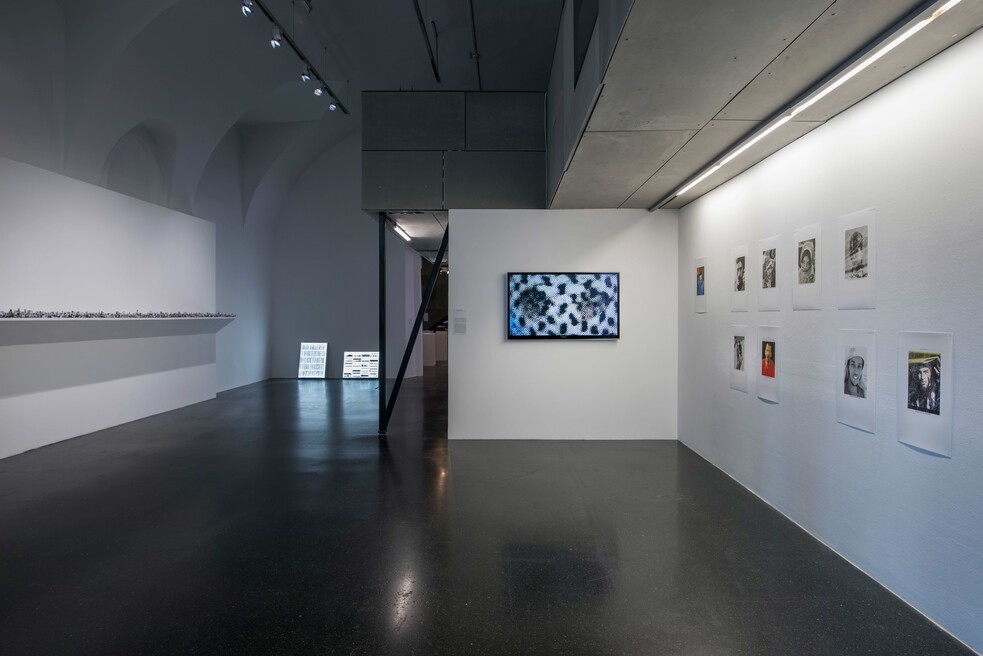 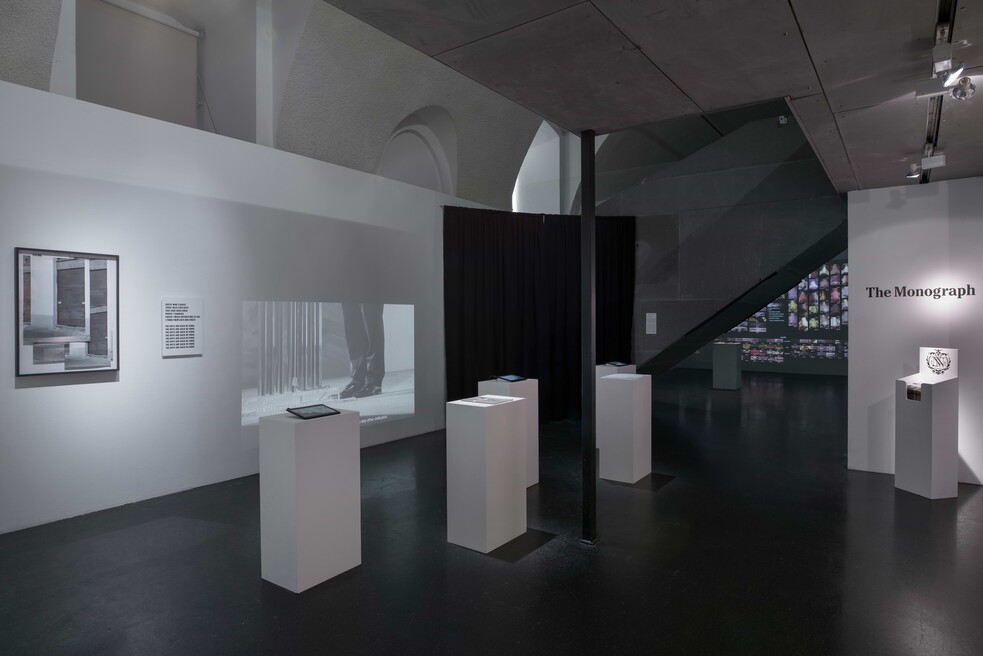 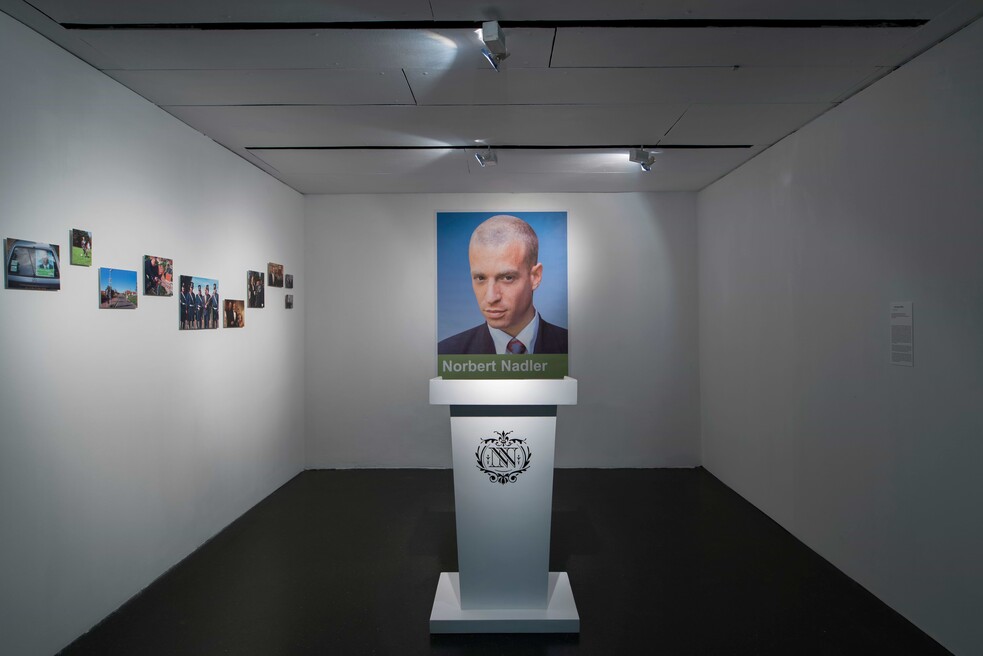 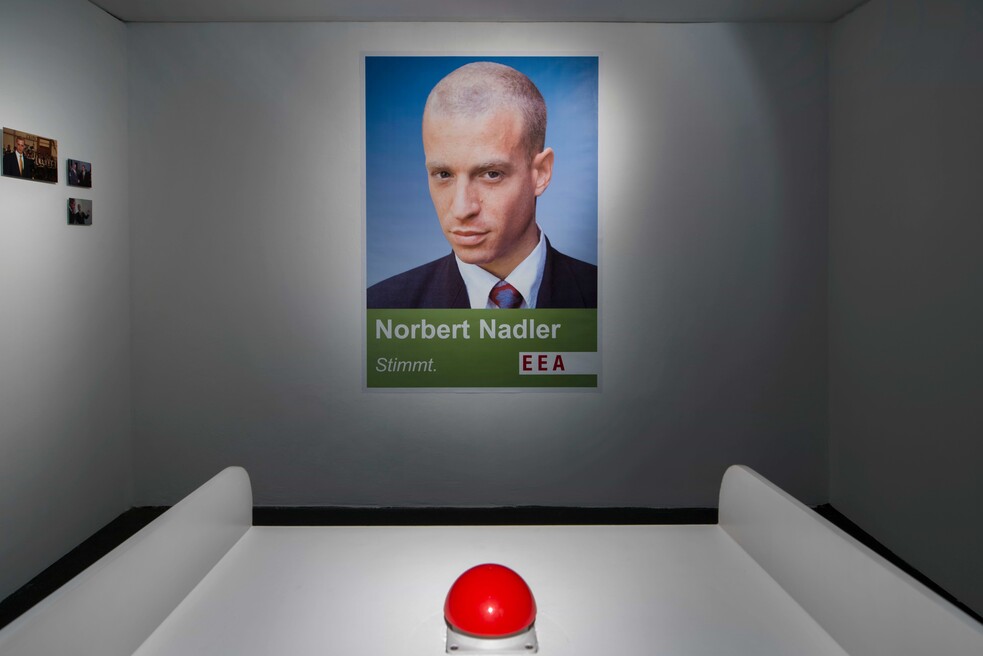 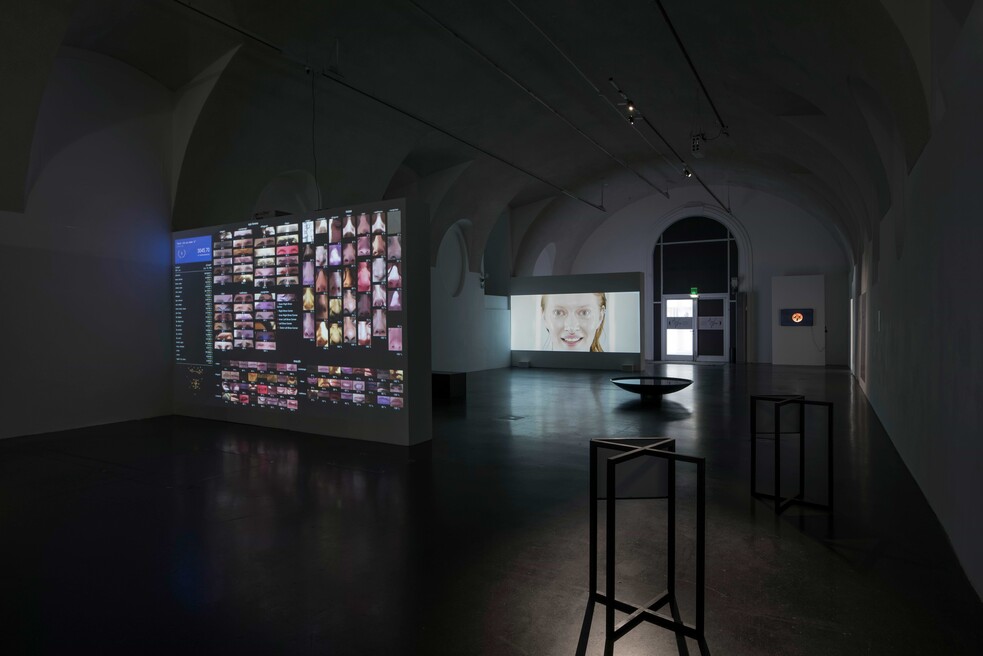 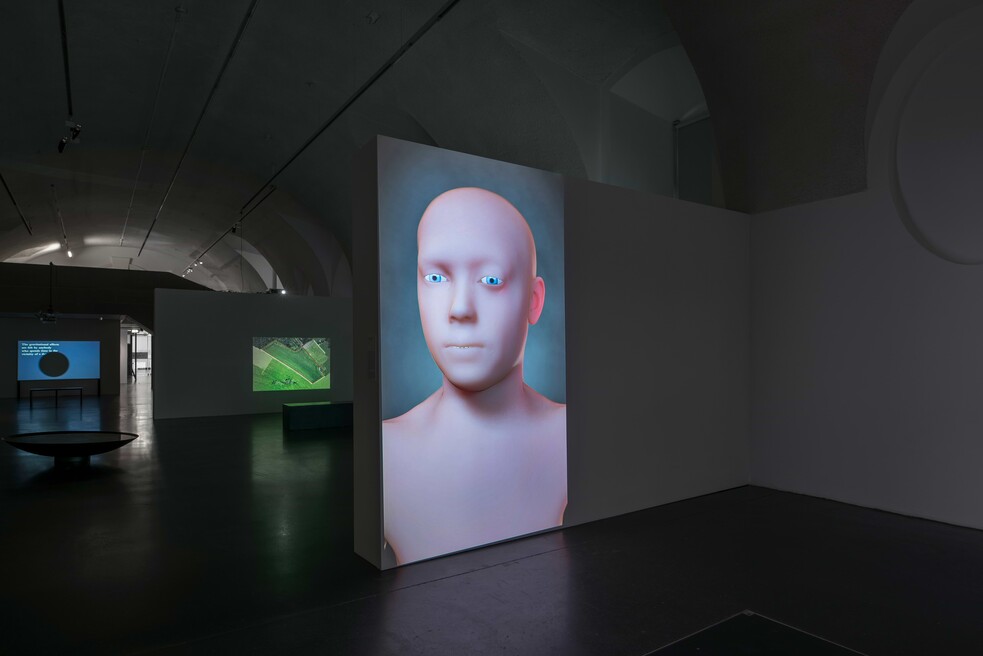 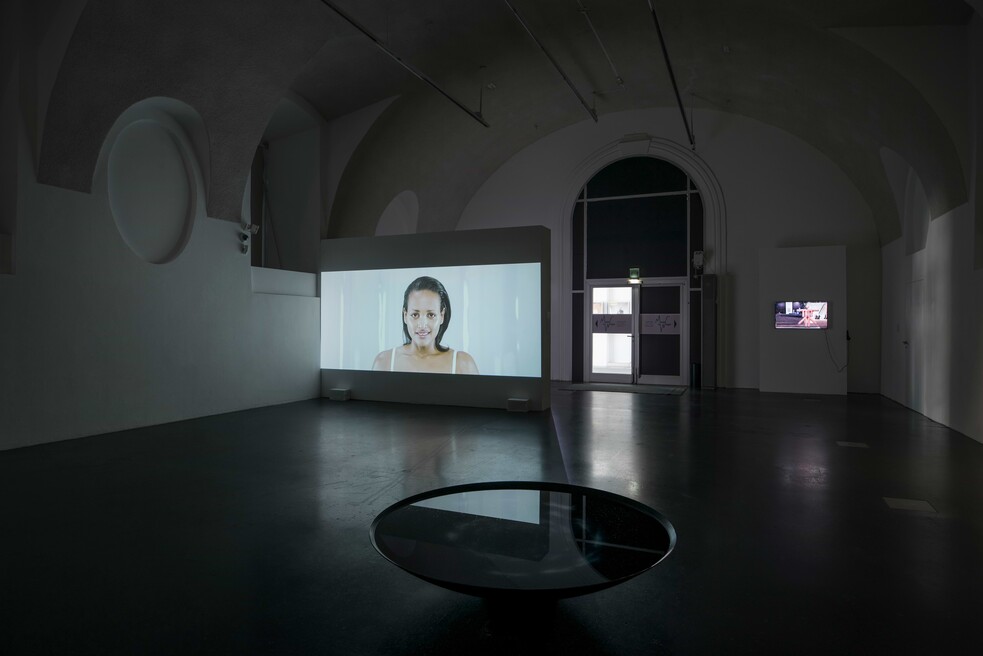 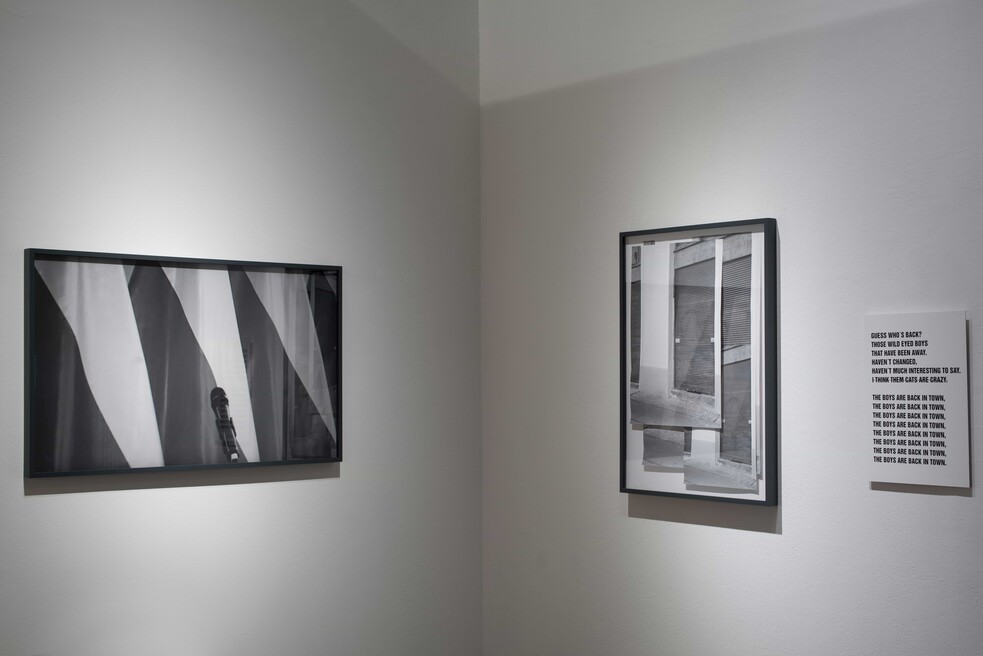 Christina Werner: THE BOYS ARE BACK 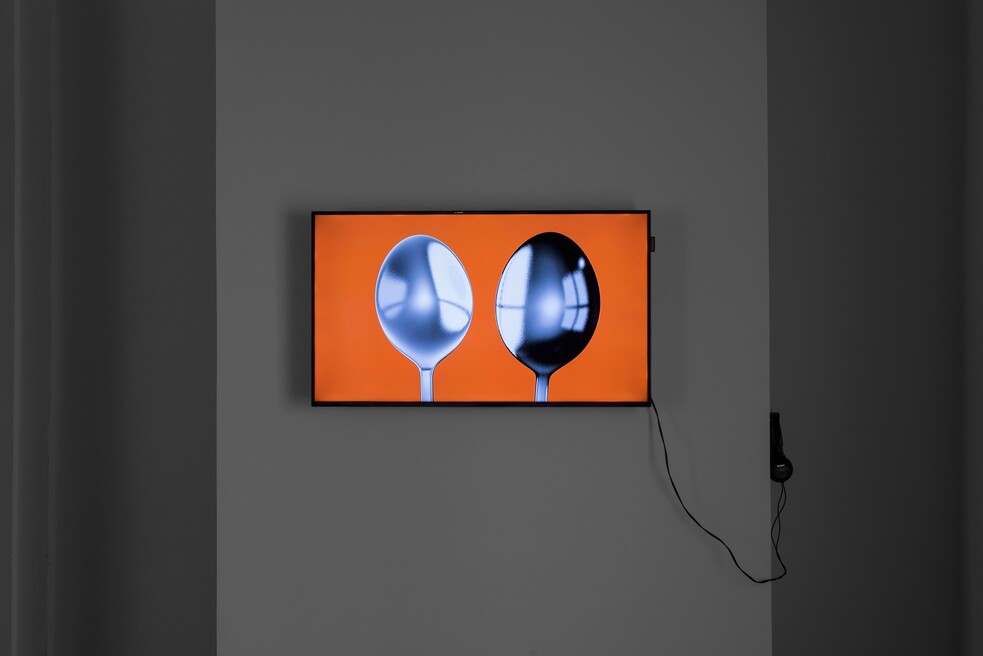 Micah Hesse: Lonely without a company 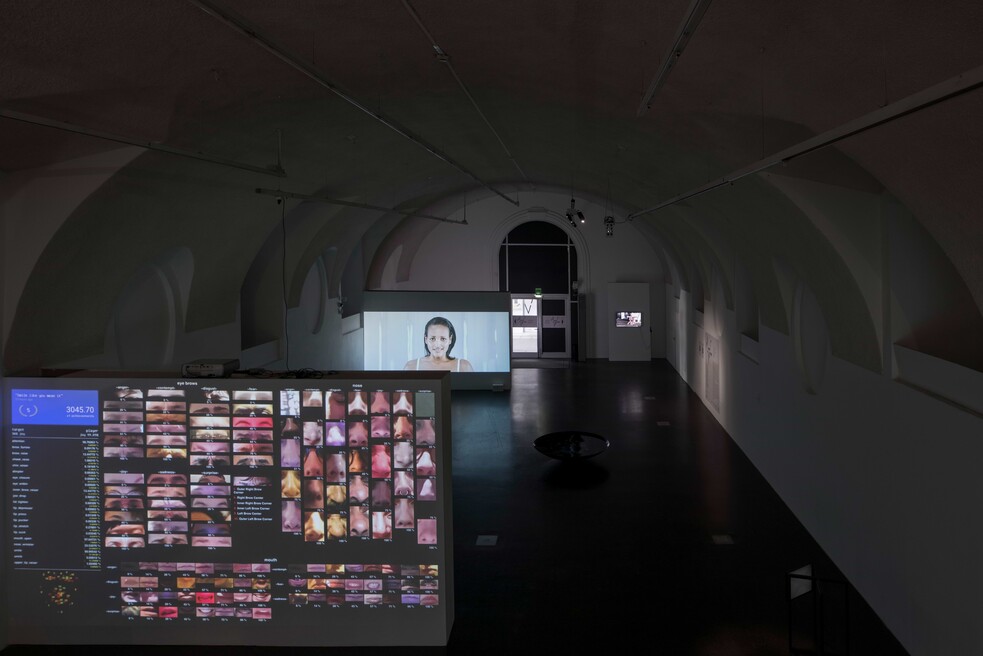