The eight topics of the exhibition cover a range of different aspects such as the question of the culture of remembrance, the role of the media, as well as migration and integration. For each theme, three short films by notable international or Austrian artists take what is sometimes a very direct, sometimes a more associative approach to the subject matter in question and provide impulses for critical thinking and discussion. In each of the eight themed sections, visitors are invited to choose just one film – and therefore stake out their own position in their relationship to the Republic. Their participation structures the exhibition, just as democracy constantly demands active co-creation.

While the title “shaping democracy” draws attention to the choices made by visitors and to the aspect of democracy itself, the subtitle points to the inherently filmic character of the exhibition: “the republic in 24 frames per century.” Instead of 24 frames per second (the usual frame rate for motion pictures), here the Republic has been divided into 24 (moving) images per century. The selection of works, many of them prize-winning – 16 from Austria, 8 international – cover a wide spectrum in terms of form and content, last between 3 and 19 minutes, and adopt different standpoints within their topic area.

1) Identity
The films shown here deal both with how the country sees itself and how it is seen by others. Thus the American Gregg Biermann deconstructs the image of Austria known around the world from the musical “The Sound of Music” by having the singing of the lead actress, Julie Andrews, go round in circles and stripping one of the film’s iconic scenes of any sense of the idyllic. In “Die und der von da und dort”, the young Austrian filmmaker Lisa Weber asks what tourists might be thinking about Vienna and spins her gentle, thoughtful reveries while the guests pose in front of Viennese tourist attractions. Daniel Zimmermann, in turn, embarks on a journey from the possible to the impossible in “Stick Climbing” – beginning with a tranquil stroll through a typical Austrian village and ending with a bizarre climb, which ultimately allows a completely different perspective on the country.

2) Relationship to Authority
Alongside an all-powerful Catholicism (as in “Figure” by Katarzyna Gondek from Poland) and capitalism as a substitute for religion (as in “Freedom and Independence” by Bjørn Melhus from Denmark), the civic and protest society taking shape via social networks (as in “The Fifth Wall” by Peter Kutin and Florian Kindlinger from Austria) finds a place as part of this topic.

3) Fourth Estate
Here, visitors to the exhibition can choose between Hubert Sielecki’s found footage work “Österreich!”, in which he investigates the frequency of the “Austrian” in the year 2000, Robert Cambrinus’s critical essay “I Can’t Cry Much Louder Thank This,” which thematizes subjective positioning towards strident media images, and “Symbolic Threats” by Mischa Leinkauf and Matthias Wermke. The Berlin-based artist duo found themselves facing an accusation of terrorism in the USA after flying a white flag (instead of the American flag) from the towers of the Brooklyn Bridge in New York four years ago. The documentation of the daring action and the media reactions to it reflect both the media sensationalism and the political influence of the media.

4) Between the Provincial and the International
This topic includes Johann Lurf’s inspired observation of the lowlands of Lower Austrian transport policy in “Kreis Wr. Neustadt,” Boris Labbé’s digital image experiment “Orogenesis,” in which the constant transformation of landscapes and local realities leads to a striking shift in perspective, and Veronika Schubert’s animation “Translation” made up of 2,500 individual images, which explores common speech patterns with regard to the cultural self-image of Austria abroad.

5) Culture of Remembrance
Memorial culture and how historical legacies are dealt with are thematized here in films about the First and Second World Wars. In “Uncanny Valley” by Paul Wenninger, it seems the event already lies beyond what can be remembered and the depiction of historical events that took place over 100 years ago becomes a kind of critical parable of representation. In turn, “Uns geht es gut” by Michaela Taschek, Sandra Wollner and Britta Schoening works with faded color photographs from the 1940s – and while at a pictorial level the idyll is intact, the soundtrack signals disaster. Finally, “Conference” by Norbert Pfaffenbichler is a compilation of portrayals of Hitler from 70 films, putting questions of interpretation and representation center stage.

6) Cultural Nation and Myth-Building
Looking back over her life through song and animation in “Maria Lassnig Kantate,” Lassnig and Sielecki tell of the torments of fellow pupils at the convent school, the unfaithfulness of admirers, and the most important stages of her career such as Paris and New York in 14 verses. “Happy-End” by Peter Tscherkassky, based on home movies from the 1960s and 1970s, focuses on alcohol and its status in Austria. And Peter Hörmanseder’s demystification of Cordoba in “Replay ‘08” with Stermann and Grissemann addresses the biggest myth in Austria’s football history.

7) Migration and Integration
In “15 Jahre und keine Antwort”, Gita Ferlin presents a portrait of a war refugee in Upper Austria who has been waiting for a decision on his asylum application for 15 years. Using the example of the Netherlands, the second film (shown "Untitled") follows the executive forces training to carry out deportations (the film is shown “Untitled”). “In erster Linie” by Veronika Schubert is a collage of the empty political phrases and media clichés relating to the refugees who arrived in Austria in the summer of 2015.

8) Welfare State
Not only the welfare state but the role of work are put under the microscope in this final topic – not least from the perspective of social cohesion and an increasing economization of life. In the impressive drama “The Mass of Men” by Gabriel Gauchet, the strict rules around job hunting lead to frustration and an act of desperation on the part of an unemployed man. Katharina Gruzei’s “Die Arbeiterinnen verlassen die Fabrik” is not only a reference to one of the earliest pieces of film but gives factory work, the precariat, and solidarity the horror film treatment. Finally, “El empleo” by Santiago Grasso presents an antithesis to digitalization by turning people into objects, into the cogs in the machine.

“shaping democracy” aims to initiate discussions around ideas about democracy and values, as well as the current state of the Austrian Republic, and is therefore passionate in its commitment to participation. Plans include a comprehensive accompanying program with workshops in schools, lectures and panel discussions in the exhibition, as well as a specially curated film program, which, when shown in other Austrian cities and at festivals abroad, will literally make the “res publica” a public matter.

VIS Vienna Shorts is Austria’s leading festival for short films, animation and music videos and shows around 300 films each year in several venues (including the METRO Kinokulturhaus, Filmmuseum, and Gartenbaukino). The 15th edition of the festival will take place from May 29 to June 4. VIS is based at the MuseumsQuartier and has organized several exhibitions and installation formats with a focus on the moving image over recent years as part of the “Expanded” series.

“shaping democracy – the republic in 24 frames per century” was organized in cooperation with the Federal Ministry for Europe, Integration and Foreign Affairs, and with the support of the Austrian Future Fund and the Cultural Section of the City of Vienna. The exhibition design was developed in cooperation with the Department for Stage and Costume Design, Film and Exhibition Architecture at the University Mozarteum Salzburg. 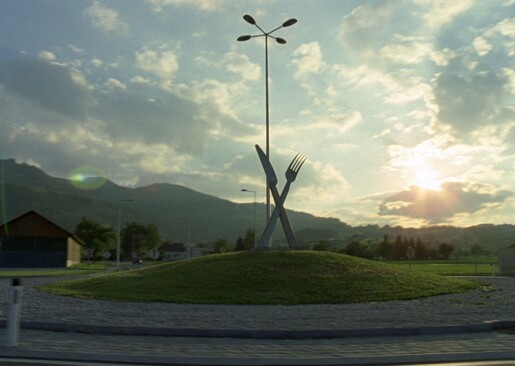