Elena Cologni’s work aims at enhancing an awareness of the unstable nature of perception in relation to live processes of memorisation (and recollection). Thus it brings attention to the defining force of memory in its relation to ‘indivisible limits’ of reality through time. She has ‘played’ with notions of memory as archival and removable, trying to enhance the audience’s and her own experience of who they are in any given moment by dealing with (and processing) representations of the immediate or the remote past in order to make sense of the present.
Cologni also initiated the collaborative project ‘ROCK FLUID (Shaping memory in transit)’ with the Department of Experimental Psychology at Cambridge University. The project is built around the elements of memory, perception and place and weaves practices of individual recollection into an urban context, particularly by considering ‘travelling as a way to produce forms’.

Gülsen Bal: What is the context of your residency at Q21 MuseumsQuartier in Vienna, especially in terms of your experiential approach?

Elena Cologni: I am interested in the very format of a residency as a spatial and temporal capsule itself, a form of container for nothing or more. One can leave everyday life’s chores and roles behind and focus on something very specific. That is a privilege.

Bal: Could you elaborate on what you mean by ‘spatial and temporal capsule’? And where do you see challenges in terms of the playful notions between ‘social space’ and ‘spatial practices’?

Cologni: Well, a residency at MuseumsQuartier means that there is a very specific institutional label on the space and on what is produced here. The spatial boundaries of this ‘quarter’ are set very well. There are doors and gates to get in and out.  So you wonder what it might mean to produce and present something in the outdoor areas, the passage spaces of MuseumsQuartier. Would these interventions be ‘public’? Would anything presented here be perceived the same way if witnessed outside of these gates? Possibly audiences are aware of the performativity of their role within MQ, but punks, for instance, meet outside, and very few of them come through the gates and arches. Even when I am out here myself and my son Samuel wants to play with a ball I find myself telling him not to shout, as I would do in a museum… So what is social space, essentially? And is it necessarily public space at the same time? What is problematic or challenging about operating in institutionalised public spaces? By investigating such aspects I started thinking about the physicality, the practising body which contributes to space with its physical appearance and its physical spatial practices – practices in space, which Lefebvre defines as the perceived space. We contribute to the production of space by perceiving, which is an active practice in time and space – whether we are sitting silently on a bench or commuting on a bike, although we are rarely aware of it. But then space is conceived theoretically and abstractly by appointed people (planners, architects) with the mandate to dominate it by physically shaping the space we live in – the conceived space. So the space around – no matter if defined as public or not – is constrained, and we respond to it accordingly. MQ can be an interesting example and metaphor for this. Paradoxically, it is also a space ‘for’ art, an institution supporting creativity and investigation which operates within its own constraints.

Bal: You remind me of what André Malraux, who is well known for his book ‘Museums without Walls’, once said: ‘Man knows that the world is not made on a human scale; and he wishes that it were.’ How are you planning to work here? What are your interests?

Cologni: Place, really. Place defined as ‘any environmental locus in and through which individual or group actions, intentions, and meanings are drawn together spatially’ (Casey, 2009). Environmental psychologist David Seamon states that “phenomenologically, place is not the physical environment separate from people associated with it but rather the indivisible, normally unnoticed phenomenon of person-or-people-experiencing-place.”

For me personally and at this point in my creative practice, this residency presents an opportunity to think and develop a body of work about issues of place attachment and belonging, within the wider context of a critical ecology of memory. My work addresses our continuous engagement with place and how we change our very perception of it in the live process of memorising (and recollecting) our experience. Our identity inevitably evolves within these dynamics and, most importantly, in relation to others.

Place identity has been described as an individual’s incorporation of place into the larger concept of self. As a person lives and creates memories within a place, attachment is built, and it is through one’s personal connection to a place that he/she gains a sense of belonging and purpose, which then gives significance and meaning to his/her life.

Recently I have been developing projects which are almost exclusively site-specific. In order to create such work I need to experience a deep sense of attachment to the place and then mourn the loss brought about by the following separation from it.

Bal: The issues of ‘place’ and ‘identity’ are the topics that I carry with me with critical sensitivity to the point where these ideas are projected into art production. Here, where the possible occurs and why is leaving becoming so painful?

Cologni: I guess it is like when someone dies. A part of you dies with them. The person you were to them disappears… Similarly, when you leave, you leave a bit of yourself behind, of who you were then and there. This is a widely shared experience, whether one leaves their own hometown, region or country.

Bal: You said that the residency is also a time capsule. Why?

Cologni: Because when you allow yourself to fully immerse in a context without barriers, open up to new people, look for cues, know a place from within, get dirty with local dust, you inevitably dig deeper into your own self, and you get attached to the place. Things are uncovered in your own practice – things which might not be used immediately but will certainly matter more and more. Like a time capsule you open ten years later they tell you something which was relevant then and can be read very differently now.

Bal: Referring to one of my previous questions, how does your work relate to the way you negotiate your own identity?

Cologni: Years ago I chose to leave my country of origin and I still find myself renegotiating who I am because of that on a daily basis. This is a very contemporary and widely shared social phenomenon, and its effect on individuals and society as a whole is hard to predict. I can only start looking into it subjectively.  Especially the recent political events in the UK have had a profound effect on my position as a person and an artist relating to others there, in Europe and beyond. While we are all getting more connected, more and more borders are closing. This changes the roles within a set of relations I thought I knew, but when you are working with other people you cannot really predict the input, you can only change positions if necessary, be on the receiving end and respond accordingly. Place is central to this process of identity formation and negotiation.

Bal: I think this takes us to the crucial question of what we may neglect or give importance to, a question that arises from the multiple features. Where do you locate yourself within these shifting parameters in your artwork and what is your approach?

Cologni: I am interested in putting my own experience of place at the centre of the work through understanding the writings of environmental psychologists. Later, this will be incorporated into a participatory project here in Vienna and in autumn into a collaboration in Cambridge with Art Language Location, the Centre for Family Research (Cambridge University), and New Hall Collection (Cambridge University).

Recently I have also concentrated on pre-linguistic and non-linguistic forms of communication and dialogue, for example the genuine relations between parent and infant (through smell, touch, sound…), or how people communicate through body language. These ways of relating to space, place, and other concepts have started to gain my interest. According to David Seamon, a great contribution to understanding lived synergism of place comes from Merleau-Ponty, who defines body-subject (1962) as the precognitive facility of the lived body to integrate its actions with the world at hand, a pre-reflexive corporeal awareness manifested through everyday gestures and behaviours and typically in sync with the spatial and physical environment in which the actions unfold. So I am looking at body routines as contributors to the lived dimensions of place, including attachment grounded in habitual regularity.

The simple act of walking with its movement and rest eventually enter into the patterns…. I am developing a piece called Lived Dialectics: Movement and Rest (1 &2), taking in consideration the things I mentioned above and the inside and outside areas of MQ. While MQ was built fairly recently on the former grounds of the imperial stables to become a cultural quarter, just outside of it Austrian history talks to everybody walking down the street. Heldenplatz is notorious for being the site where Hitler announced the Anschluss, and the triumphal arch Äußeres Burgtor, which was originally built into the city’s defensive walls, with the motto of Francis I, Emperor of Austria on top of the arch: ‘Justice is the foundation of the rules/of all empires’.

Paul Connerton talks about place memory, a form of memory that depends on topography as it relates to the human body. He argues that modernity is characterised by a particular sort of forgetting which is ‘associated with processes that separate social life from locality and from human dimensions: superhuman speed, megacities that are so enormous as to be unmemorable, consumerism disconnected from the labour process, the short lifespan of urban architecture, the disappearance of walkable cities.’

Elena Cologni in her studio 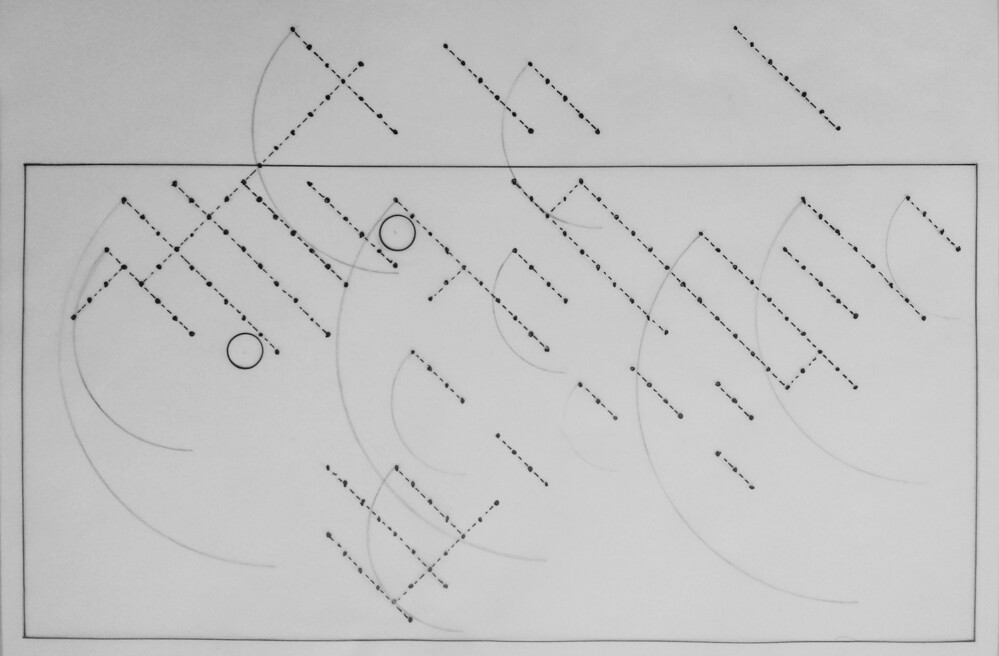 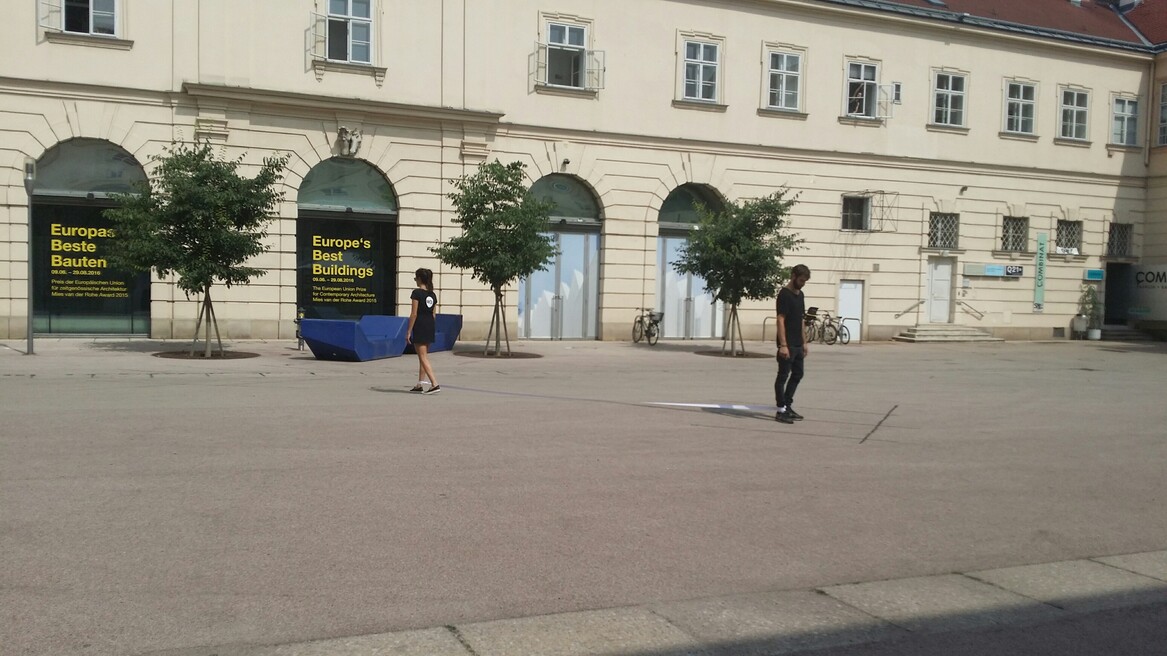 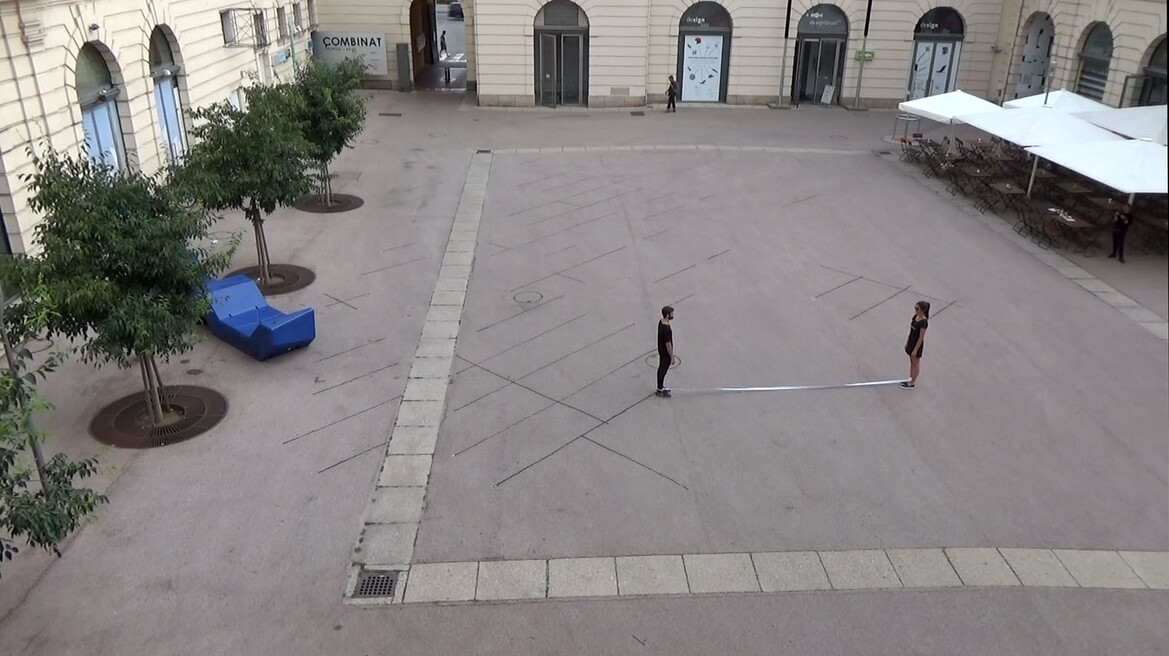 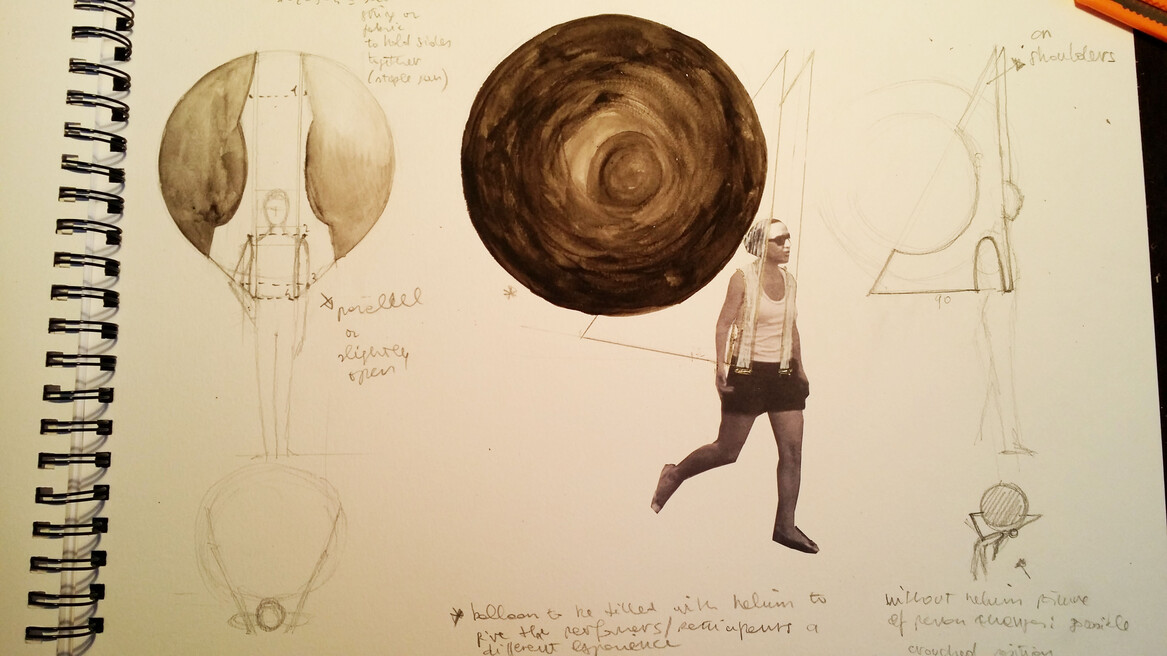 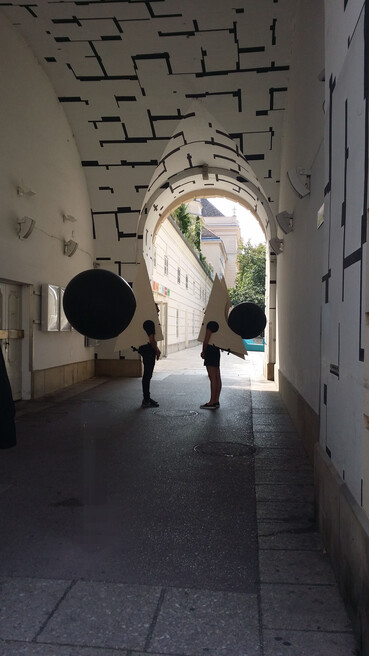 As part of the exhibition “What is left?” curated by Gülsen Bal and Walter Seidl at frei_raum Q21 exhibition space/MQ, Nasan Tur shows his installation “Once upon a time”. The artist explores political ideologies, subliminal messages, and symbols of power and dissent.

Cristina David ‘squats’ in the frei_raum Q21 exhibition space throughout the duration of the exhibition “Stopover – Ways of Temporary Exchange” and uses it for her own needs.