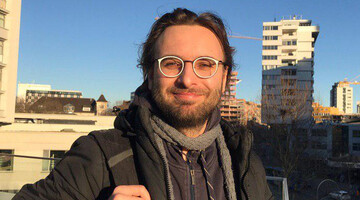 Christian Heller aka plomlompom was invited by monochrom - an art collective based in the Q21 / MuseumsQuartier Wien since 2002- as Artist-in-Residence for November 2020. He arrived in Vienna at the end of October - just before the second lockdown.

For VIENNA ART WEEK, art historian Lucas Cuturi interviewed him in his Artist-in-Residence studio in the MuseumsQuartier via Skype.

Mister Heller, could you please introduce yourself? What work do you do?

I am Christian Heller, also known as plomlompom. I am generally more active at the theoretical level of arts in the context of internet culture and new media. I am from Berlin, Germany. I studied film, but also computer science. I have written a book or two and lots of articles on the already mentioned subjects.
In the past, I have focused on privacy in the digital age, internet memes, and politics in internet communities. I have also created a few little computer games. At the moment, I’m running around at hippie festivals and doing gaming experiments.

Which techniques and methods do you employ? Do you work with your computer, do you programme – because you said you have created games. What are they about?

Most of the work I do is usually in writing, or I hold talks. But when I actually create something close to art, it’s usually programming. For example, there’s a game I’m currently working on. It’s a very simple Rogue-like multi-user dungeon thing. I use simple programming languages like Python.
Other stuff I do is more of a social gaming nature, for example this card game I’m working on with my
friend Judith Schossböck. So, most things I create on my computer. The most physical shape they can take is being printed out or performed, e.g. through talking. But mostly I sit in front of a screen and type.

How do you make a living?

Well, I worked for a company before, and then lived off the money I had saved for a while. Occasionally I do some freelance work as a programmer, or I contribute to other people’s art projects. So I don’t live too large.

Do you release your games for open access or do you sell them?

All the games I’ve created are free software. You can find the source code. It’s far from any kind of commercial gaming. It’s small, nerdy, open-source stuff.

When I visited your website, I found that you have a very minimalist approach. My first impression was that the website hadn’t completely loaded yet. But soon I realised there’s a lot of content and you reveal a lot of your personality. Can you tell me about some of your many projects?

About being very open about my own personality: I published a data protocol of various aspects of my life. For example, I catalogued all my monetary transactions. I uploaded the results of every single one of my shopping tours. I documented every food item I bought, but also every object that would enter or leave my home. It was an experiment to see what this kind of obsessive self-protocolling does with you.

As for my website design, which is very text-focused: I’m not trying to make it look ‘nice’ and follow modern web design. It’s about putting as much data on it as possible. It’s about reducing unnecessary ‘weight’ and focusing on the data. I do the same in my computer games. I don’t spend much time creating nice visuals. I’m just a very text-focused person.

You mentioned hippie festivals before. Do you have a connection to hippie culture?

I do, actually. One of the last talks I gave was about hippie culture and how, occasionally, it becomes quite compatible with right-wing ideas. On the one hand, I’m very much interested in this culture in a positive way, but on the other hand, I try to critique everything I deal with from a political perspective.
That’s also the background of the card game I’m working on. It’s been evolving in the context of hippie festivals. It’s a game about the things that people can feel guilty about. For example, people travel to these festivals using means of transportation which are not climate-neutral. So they can feel guilty about their carbon footprint. Or about putting up tents that take up too much space. These are the kind of questions I deal with.

Are you a political person?

I have been engaged in various political contexts. I wouldn’t necessarily call myself an activist, but I think politically about specific issues and try to come up with ideas about how to talk about them.

Do you want to influence people?

Yes, occasionally. For example, I wrote a book about privacy. Basically, it was about me being fed up with my hacker community, and then trying to change the debate about privacy and data protection in that circle. Sometimes I draft a text or a talk because something in the community is grinding my gears and I want people to rethink some of their assumptions.

Do you get a lot of feedback on this kind of work?

When I give a talk or write something, I get feedback. Usually, people are very polite. I rarely manage to rile people up and provoke loud protest. But I have been involved in some debates where people would take up opposing positions. Once or twice I’ve managed to push a debate in the direction I thought it should be going.

Let me return to the card game you’ve been working on during your residency: You try to confront people with their guilt. Is that an attempt to influence them as well?

The idea behind the game is that many political discussions seem to focus on guilt. For example: How carbon-neutral do you live? Is your diet vegetarian or vegan enough? Personally, I think that much of this is not very constructive. It would make more sense to talk about how we can regulate the industry, or rather than about how you can influence your own carbon footprint. But on the other hand, it is a very important topic for many people, so it might make sense to make people think about how they are guilt-tripped, how they personalise political issues

But instead of just telling people to see things in a more systematic way, I think it’s more fun and meaningful to experience the mechanisms of being guilt-tripped or guilt-tripping other people. Maybe some things aren’t always an individual’s responsibility, but it’s politically intended that people feel personally responsible – and not always in a beneficial way. Some industries are very good at handing over their own responsibility to the customers, telling them ‘It’s your fault that we are emitting all these poisonous gasses into the air’, when it’s actually the way the industry is organised. I think this question of personal guilt is something we need to reflect, and doing it in a playful way might come in handy.

That is a very old theme. If you think of the bible, our European society is based on guilt: Civilisation starts with sin, we have been guilty from the very beginning. Do you have a solution or an idea how to wash off this guilt?

In the game, there’s something on the back of the cards: You can just burn your guilt. You have to think about what makes you feel guilty and how much of it is actually your responsibility. How much can you do to change your carbon footprint when society around you organises your life in a way that makes it impossible to live without a huge carbon footprint? I think it’s an intellectual exercise, you need to modify your guilt.
Guilt can be useful sometimes. If you start doing nasty, evil things, guilt can be a good regulator to avoid that. But this whole Christian idea of this guilt you are born into, of having to absolve yourself through constant rituals, it might push people into a deep depression. There’s no hope of escaping your guilt. On the other hand, some religious rituals can sometimes help people deal with these things better than modern, liberal society, which treats you as one hundred percent responsible for everything happening to you, telling you that only hard work and constant self-optimisation can bring absolution. Either way, it’s a huge topic.

How did you become part of the Artist-in-Residence programme?

I’ve been invited by monochrom, a very nice Austrian art group. They do a lot of stuff within the context of computers, new media etc. That’s the area I have been active in, and there was a connection between us already. For instance, I have written some texts which were for them and was featured in one of their computer games. That’s what got me here. Now we want to make this connection even stronger and more productive.

I am curious what will be the outcome! Christian, thank you very much for the interview! 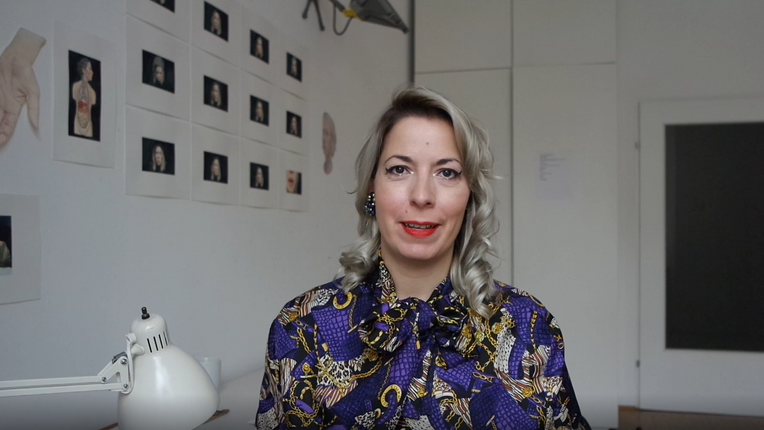 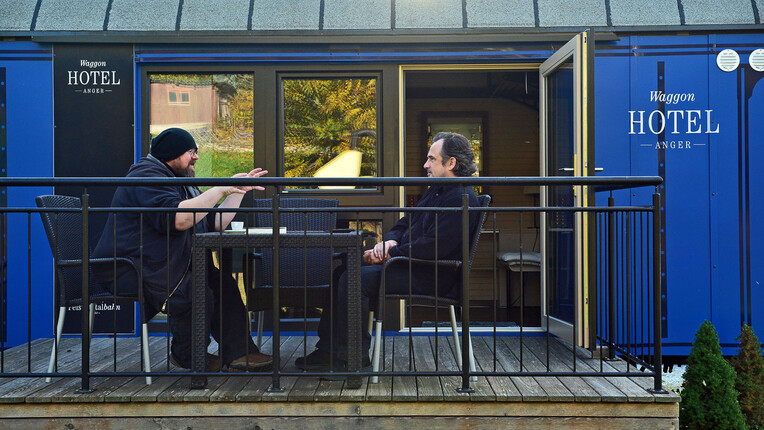 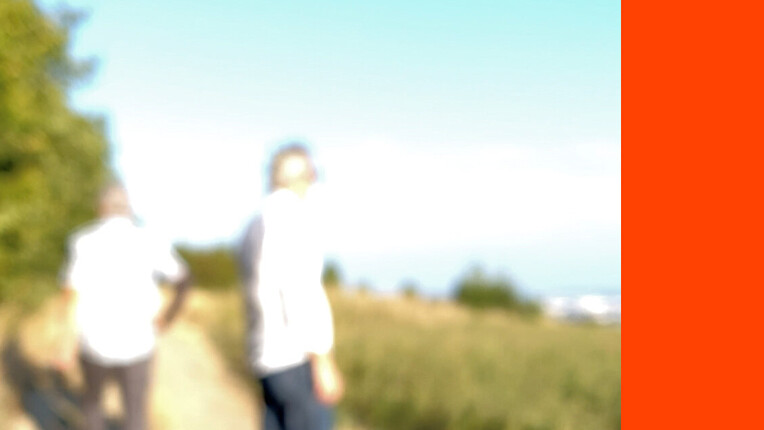 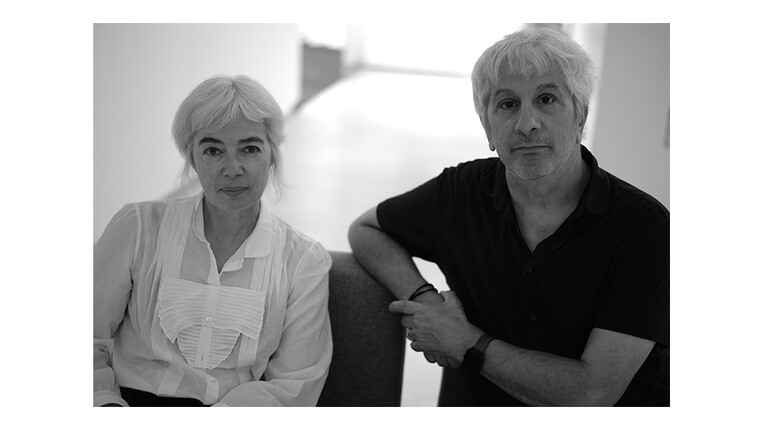