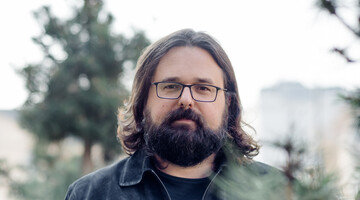 Your novel “The Hungarian Sentence“ consists of only one sentence. Was it an attempt to take the “stream of consciousness” to an extreme, or was it kind of a personal challenge to write a book consisting only of one sentence?

I didn’t think it is in any way special to write a book in one sentence. People have already done it, and they did it better than I did. A few Russian guys for example. Gabriel García Márquez did something similar in “The Autumn of the Patriarch”. I simply thought that it would be the best form for the particular story I intended to tell, for a few reasons. One of them is the rhythm of the narration. Yes, like a stream of consciousness, and it also somehow aligns with the travelling by train. So the narrator is in the train and is travelling from Budapest to Vienna and I wanted to create a rhythm of the text which somehow emulates the rhythm of a train in motion. And obviously, when he arrives in Vienna, which is the final station, that’s the moment where I put a period, that’s the end. I did similar things before, because I’m very fond of Thomas Bernhard’s work and he is really into “scriptura continua”. Between scriptura continua and a one-sentence novel, it is just a small step. It’s pretty much the same, it’s just a matter of text organisation.

You had the idea of making a 400-page novel out of it. How far did you get with that attempt?

Yes, let me tell you about my work process. I write short novels because I don’t really write anything down. When the novel is completely finished in my head, then I just type everything down. That’s it. When I write, I don’t make any important changes in the text. If I were more intelligent than I am, those novels would be 500 pages long. As intelligent as I am, I can only go for 100 or 200 pages, and that’s it. Then I have to write it down. I want to express a certain urgency – I’m not sure if I succeed in that – but when you occupy your head (this will sound really naïve, but that’s how it is), that storm of ideas you keep your head in for half a year or a year or two years, they have to reflect in the end when you write it down, because it’s the moment of relief.  And that sense of relief and urgency – the feeling of “I really have to write it down now” – that’s what I’m hoping the reader will feel in the text.

About that 400-page novel, I’m not really sure if I will do it, but I would like to. It will be a completely different novel, it won’t be the same. I’m not even sure if the name would be “The Hungarian Sentence”. We are talking about serious changes, but I would really like to do that. After all, I first wrote an essay, a short essay called “The Hungarian Sentence” and after that I wrote a short novel and if I succeed in writing a larger novel on the same topic, it will be kind of an experiment for me. The realisation of the same idea in different forms.

So how long does it take for you to write down the final version?

When I read your novel, I felt like the main character, Joe, has very extreme thoughts. He doesn’t believe in dialogue, in the future or the past, in something like home. He says that humanity hasn’t learned from its past. Why did you choose to depict a character like Joe, who is in so many ways a tragic genius, incapable of living in this world?

Because I wanted to present a different kind of refugee to the reader. Usually when we talk about refugees, we think “Those poor people”, we feel pity for them. Joe is not someone anyone would feel pity for. I really wanted the kind of controversial character that is outside the pattern of how we usually think about a refugee. The fact that he is a refugee is the most important part of his identity, he has a trauma.

In the end he disappears and we don’t know why – did he kill himself?

That was my next question.

We know nothing, it’s simply ambivalent. And that ambivalence is important and I’m glad you reacted to it as a reader.

If we think about him as someone who killed himself, would you say it was because of his trauma or his genius the narrator keeps talking about? What was his motivation to kill himself, what made him such an unhappy person?

I think that his whole story is his motivation. He treated his own life as an art form. In the end, he had no option but to kill himself, even from an aesthetic kind of view. His ethics were pretty much nihilistic, so from an ethical point of view he also had to kill himself. From whatever angle you look at that character, he was aiming towards suicide.

I think it is very symbolic that he drowned in the Danube, the river that flows between Budapest and Vienna.

Yes, I wanted to duplicate things, whatever is mentioned, is mentioned at least once more; those kind of reflections like in a mirror are an important part of the story.

I get the impression that characters in contemporary literature rather disappear than just die. Why do you think that’s the case? Is it easier or more complicated to keep a character in suspense?

I think disappearance is the most traumatic, also for me personally. When I think about someone who I really love, I think it would be easier for me to accept his or her death rather than his or her disappearance. The disappearance of a loved one would be the most terrifying thing for me. It’s very personal. I don’t think of it as an intellectual strategy.

You wrote another book that has been translated into German, “Der Sohn”. The character is also a misanthrope. Do you have a tendency towards tragic characters?

Yes, of course! As a diligent reader of Thomas Bernhard, I obviously do! That novel, “The Son”, was the first part of a trilogy, and the second part of the trilogy was also translated into German, “Die Ankunft”. There is of course a third part of the trilogy, as you can imagine. And yes, that trilogy is in a way about the apocalypse, it’s a frontal attack on family and so-called family values. It could besaid that this trilogy is my attack on patriarchy, with lots of Christian allegories – obviously, because it’s about the apocalypse. Not in a Hollywood sense of the apocalypse like the disaster, but in an eschatological sense, apocalypse in a biblical sense. After that, I wrote “The Hungarian Sentence”, when I finished the trilogy that I had been writing for ten years, because it took me that long to do it.

It seems like Vienna has a special significance in “The Hungarian Sentence”, and you have already mentioned that you are a fan of Thomas Bernhard. I get the impression you already know Vienna very well.

Yes, I’ve been here a few times and I was reading a lot, I was doing my research. I read a lot. My novels are short, but in order to get into that condensed text, I have to read a lot. While I was writing the trilogy about the apocalypse, I also wrote a book of essays about the apocalypse. That book has more pages than the complete trilogy. I made the novels from what I cut out of the text, I dropped a lot of text.

What was your personal relationship like before you got a residency here in Vienna and since have been living here as a resident of the MQ?

It is completely different, because I was always coming here for a day or two, and I never really had the chance to walk through Vienna. I walked a lot these days, I was just walking. I was tired all the time and my legs hurt, but I was still walking and watching. It’s the best way to explore a city. You don’t really have to get involved in so-called “City Life”, it is a completely decent position for a writer to stand in the shade and just observe.

Thank you for the interview.

For further info on the author and his books visit www.voland-quist.de and www.mqw.at/institutionen/q21/artists-in-residence/2018 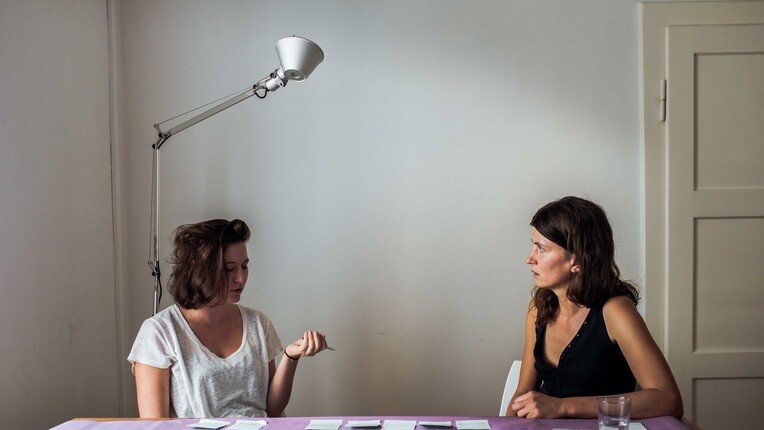