"A frame is never just a frame." 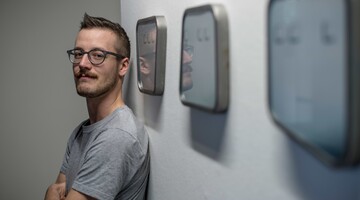 "A frame is never just a frame."

How shall I look, funny or serious?

I don’t know, how it corresponds to your personality or work, I guess. How serious is your work?

It works a bit like a game. Every game has a serious aspect, though. What you see in this picture is the picture itself. Significant Others consists of four pieces and every piece shows the other three pieces. The point is the interdependence between each element of this group.

It’s about context and framing?

It’s mainly about being within a context and being the context at the same time.

Which refers to artworks but also to human beings.

Of course. And this is the reason why you can’t tell if it’s serious, because you decide. You are the person who fills this work with your own experiences and stories.

This correlation is important for you to bare?

One of my latest works deals with the same topic in another way. It’s a single picture which I remade every time I presented it. It’s called “This place without this picture”. I showed it in collective shows where artworks from different artists were hanging next to mine. What I did was take a picture of the exhibition including other artists’ works already installed, but with an empty space where my work should be. This picture itself, framed in a specific way, is the object I have been showing in that same space, on that same empty wall. I think that it’s basically not possible not to belong to a group. It’s kind of hard to find an identity if no one recognizes your identity. That is what I try to visualize. The only thing that was remaining in “This place without this picture” was the frame. A frame is never just a frame. A frame is an infrastructure that allows the picture to be shown, but it also works as an object itself.

Maybe that’s why I was thinking of a piece of design when I saw Significant Others in the first place. Do you feel close to design?

I never thought this way. For me it was important to give these frames an identical shape I could use in four different ways. I guess that's design as well, if you have a need and you cover it by finding a new shape.

Are you planning to remove your work and document this change here in the freiraum as well?

Maybe. It could work quite well.

How do you feel presented in this space?

The title of this exhibition is “Faceless” and my work is not showing any hidden or disguised faces. So I’m very happy that within the frame of the other works you easily get the link to my questions: personal identity and individuals belonging to a group.

This is your faceless aspect.

My work gets a special value when amongst these art pieces. Besides that, I noticed that many visitors approach it like a mirror and I actually don’t know why. Maybe it’s the slightly reflecting surface or something.

Which is a face, too.

I am inevitably thinking of airplanes when I look at it.

You are not the first one. I always felt irritated by people saying “Your piece reminds me of this and that”. But then I realized I have to learn that every recipient has their own experiences and connotations.

Art is wiser than the artist. As soon as you present your piece, you lose it.

Quite true, but this again happens not only with artworks but also with yourself and with your own image, which is constantly read and re-edited by others.

Marco Pezzotta, born 1985 in Italy, lives and works in Berlin and Bergamo. He is contributor to the exhibition “Faceless part II” curated by Bogomir Doringer in support of Brigitte Felderer at freiraum quartier21 INTERNATIONL / MuseumsQuartier Wien. #faceless 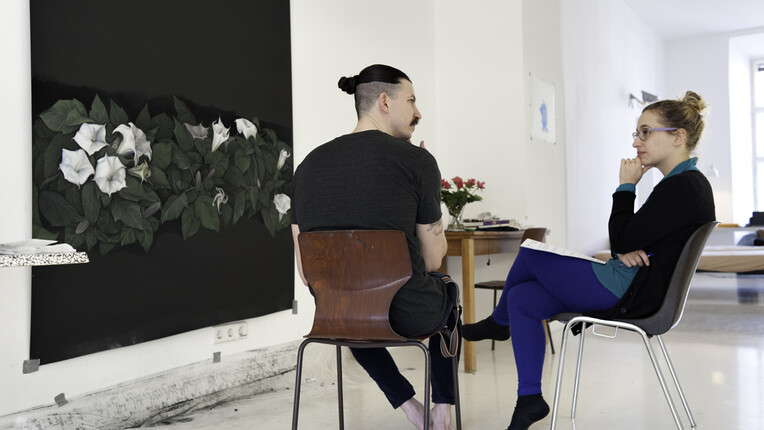 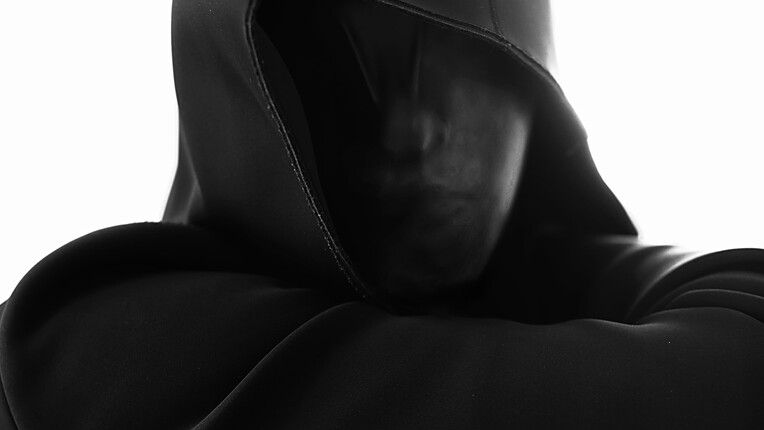 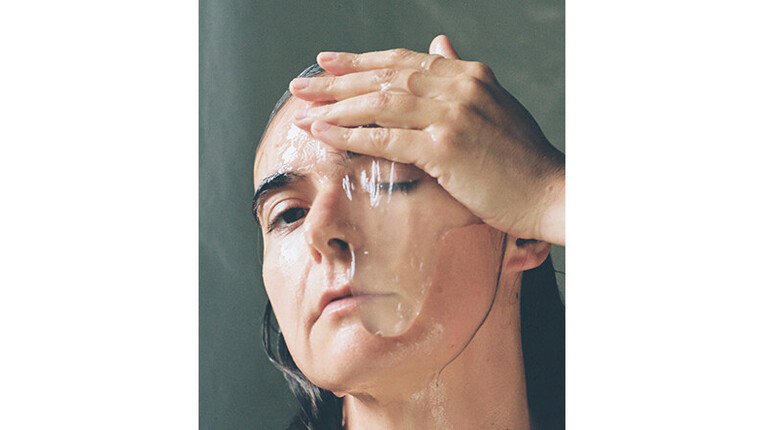