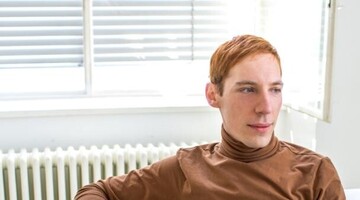 Nikola Knežević talks about his project, which emerged from the research he conducted as an Artist-in-Residence at Q21 in Vienna for the exhibition AJNHAJTCLUB curated by Bogomir Doringer.

The research and the exhibition are a contribution to the anniversary of the official contract which allowed people from Yugoslavia to stay and work in Austria temporarily. These people were called “Gastarbeiter”. In an interview with Margit Mössmer, he talks about his work in detail.

You describe your work as „melodramatic architecture“. What do you mean by that?

The term „melodramatic architecture’’ emerged spontaneously one night when I was hanging out with a friend who works as a dramaturge. We both grew up watching the films of Douglas Sirk and Rainer Werner Fassbinder and we both love melodrama as a genre. „Melodramatic architecture’’ seemed to be the common ground where our professions converged and only later it came to my mind that the term itself has helped me cross the boundary from architecture to interdisciplinary research. On the one hand, it intrigued me as an architect how the feelings of desire, longing, repression, or even queerness, could be embedded in the functional organization of space. On the other hand, what I find interesting is the formula „if only“, which is essential for melodrama. This formula erases the possibility of a happiness which is almost reached, but not quite.

According to Charles Jencks, architects are utopians by nature and training because they create future worlds. Architectural determinism and the belief that architecture can influence the well-being of a society have emphasized the moral aspects of architecture and they have already been criticized since the late ’60s. Nonetheless, similar arguments can still be found in the profession. In my opinion, the impossibility of using architecture in order to change the world and the modality of „if only“, expressing the force of desire and being applied to architecture, are what makes it quite melodramatic.

You say feelings of desire, queerness, etc. can be embedded in (architectural) space. Do you have an example for such embedding – in personal or professional life?

Basically, what happened is that over the years I have shifted my focus from built structures to people who design the blueprints or live within these structures, including myself. For example, for a period of time I explored the notions of emptiness and destruction as concepts which are inherent to architectural blueprints. This process coincided with the death of my mother and at that moment I felt an urge to redirect the research and to take a closer look at the “emptiness” I felt personally. In this way I did not only explore these architectural themes on a theoretical level but I was able to operate with them in order to get in touch with myself. In other words, I tend to think of architecture as a material practice always entangled with subjects and their positions.

Have you ever thought you could change the world through architecture? Could any artist do it?

I think that it is possible to challenge people to think differently. Artists are not obligated to comply with the regulations which apply to architecture, and there is a different kind of responsibility for one’s actions within each field. What I try to do with and within my practice is to challenge my own norms of thought and to learn something new from my work. I enjoy the energy the work can return when it is produced. If my work appeals to even just one other person in the same way, that is great and enough for me.

Could you describe your thoughts as well as the process and final form of the work you present in the AJNHAJTCLUB exhibition?

This project emerged from the research I conducted as an Artist-in-Residence at Q21 in April 2016.  The term gastarbeiter seems archaic from today’s perspective and it is referring to at least two phenomena that have already ceased to exist. Firstly, the term itself is not accurate anymore as it was used to denote the guest workers from Italy, Spain, Greece, Turkey, Morocco, Portugal, Tunisia and Yugoslavia, who were temporarily residing and working in Austria and other countries in Western Europe.

Over time, gastarbeiter who didn’t return to their countries of origin became citizens of their host countries. Secondly, Yugoslavia, one of the countries where the gastarbeiter originated from, ceased to exist at the beginning of the 1990s. My project focuses on the notion of simultaneity rather than temporariness. As Michel Foucault noted, „we are (living) in the epoch of juxtaposition, the epoch of near and far, of the side-by-side, of the dispersed“. Within this project, I created a network of relations between gastarbeiters and other phenomena such as the Internet, labor outsourcing and politics of the body in relation to public space and public sphere.

The Placeholders (three oil paintings, 2016) relates the term gastarbeiter to the biggest contemporary archive – the Internet. Pinterest, Google Images and lots of image-heavy sites lazy-load their content. They also calculate the dominant color of each image to use as a placeholder before the actual image appears. This gives users the feeling that the images load faster than they actually do. I captured lots of placeholders while searching the term gastarbeiter on Google and sent three records of them to an oil painting company in China where they were turned into abstract paintings and shipped back to the MQ in Vienna. Labor services for this project were commissioned from a distance, via the Internet, suggesting that cheap labor is employed differently now than it was in the 1960s. As many services are being provided in the URL world now, relocation of workers is not required anymore.

Not yet titled (video, 1’15’’, 2016) connects the ORF (Austrian Broadcasting Corporation) documentary about gastarbeiter filmed in the early ’70s to the opening sequence of Orson Welles’ film F for Fake (1974). Both films use the same editing technique, the former to depict gastarbeiter and the latter to give the introduction to a film about forgery. In each case, the camera follows a miniskirt-clad young woman strolling in public space while male admirers (unaware they are being filmed) stop and openly stare. It is a very interesting comparison of the different footage as the woman in the ORF documentary is presented as a confused, observed, scared, objectified victim, while Oja Kodar, Welles’ muse, is depicted as a seductive, powerful subject directing men’s desires. Moreover, one cannot fail to notice the similarities between the ORF material and the representation of migrants in the media. 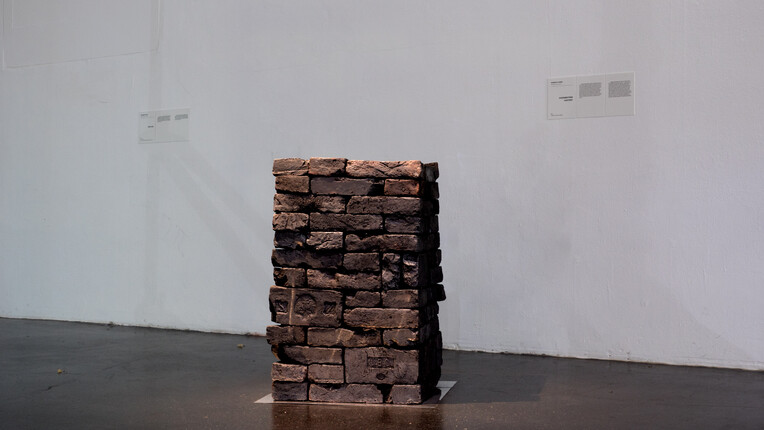