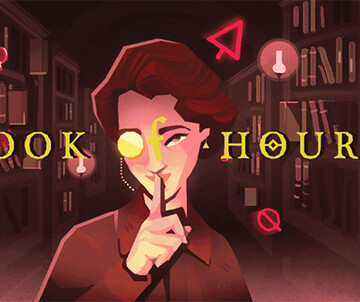 What is text in games for? Often it’s just the cheapest way to convey information, but sometimes it’s an experience in its own right. Weather Factory is, notoriously, making a game set entirely in a library, so this is a problem that possesses us right now. Playing an FPS is almost nothing like actually shooting at humans – but it feels like it is. Playing a farming sim is almost nothing like the hard work of growing crops – but it feels like it is. Weather Factory likes to make a game that is almost nothing like actual research or reading, but feels like it is. Fortunately, text-centric narrative games are in a ten-year renaissance, and we have a wonderful variety of approaches and techniques to draw on and learn from. Alexis talks about that, and about the difference between puzzles and mysteries.

Biography
Alexis Kennedy founded Failbetter Games, where he created “Fallen London” and “Sunless Sea” – both critical and commercial successes that have continued to influence the indie end of the industry. He took a gap year to do guest-writing gigs for clients like BioWare, Telltale and Paradox, and now he’s co-founded Weather Factory, a studio specialising in narrative experiments with a consciously indie aesthetic. Weather Factory’s first project was a ‘typically unclassifiable’ double BAFTA-nominated game, “Cultist Simulator”. Its current project is “BOOK OF HOURS”, a melancholy, combat-free RPG about running an occult library.