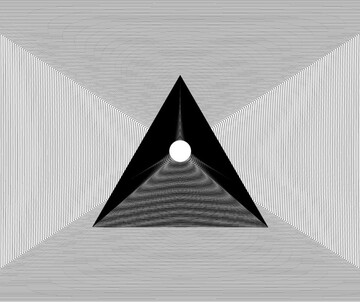 RIAT Research Institute for Arts & Technology introduces its Cryptoeconomics: Infrastructures & Artefacts program at its space at Q21 in the MuseumsQuartier.

In the 1970s, three different developments (the ciphers DES and RSA, as well as the Diffie-Hellman key exchange) came about, allowing individuals with modest computing resources to encrypt communication.

“These developments came on the eve of the microcomputing revolution, and computers were gradually coming to be seen as tools of empowerment and autonomy rather than instruments of the state. These were the seeds of the crypto dream.” (Narayanan, 2013).

Our contemporary “cryptosphere” is dominated by novel socio-political experiments based on previously unavailable technological parameters which are embedded in distributed ledger technologies, smart contracts”and algocratic governance.

The blockchain (through Bitcoin) is unarguably the key invention of the 21st century. The accelerating forces of decentralization change not only how we think about electronic cash, but also changed our perception of organizations, trust and non-human agency through the introduction of immutable and unstoppable code on the blockchain.

Cryptoeconomics: Infrastructures & Artefacts engages with this prevailing crypto-economic condition of the 21st Century and offers an overview of its ongoing impact in Austria.

Cryptoeconomics: Infrastructures & Artefacts is an ongoing program by RIAT that launched in August 2017 at the BLOCKCHAIN evening hosted by Club Alpbach Oberösterreich in cooperation with the Federal Ministry of Science, Research and Economy.

The program will be featured in various iterations over the next year, including Ars Electronica, Ethereum DEVCON and the The Future of Demonstration.

RIAT is an institute for research, development, communication and education in the fields of cryptoeconomics, the blockchain , experimental artistic technology and open hardware. It explores and actively stress-tests the role of research and development in the age of zero-trust, through novel forms of presentation, discussion and publication. Examining the global cryptoeconomic condition and its effects on culture and society, we foster an open and interdisciplinary discourse to improve crypto-literacy for the society of tomorrow.