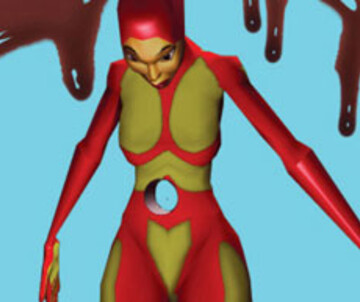 Going back to at least the early 90s and Sega's "Night Trap", there has been a lively public debate about the effects of violence in video games on players, accompanied by newspaper reports, TV news segments, protests in the streets and congressional hearings. But a much more interesting debate is rarely noticed, whether outside or inside the games industry: A debate about the purpose of violence in games. How can violence be used to create emotional effects? How can it be used in game design? What is its role in the game designer's toolkit? What does violence add to the experience of a video game?
In this talk, Jurie will describe some concrete examples of the non-trivial use of violence in video games, based on his experience with Manhunt, an extremely violent game banned in several countries.

Jurie Horneman has worked in the games industry since 1991 as a producer, lead programmer and game designer.
He is the creative director of Mi'pu'mi Games, a new Viennese game development studio, where he is working on educational (and non-violent) games for children.
He has a strong interest in storytelling, games, and technology.
http://www.mipumi.com/