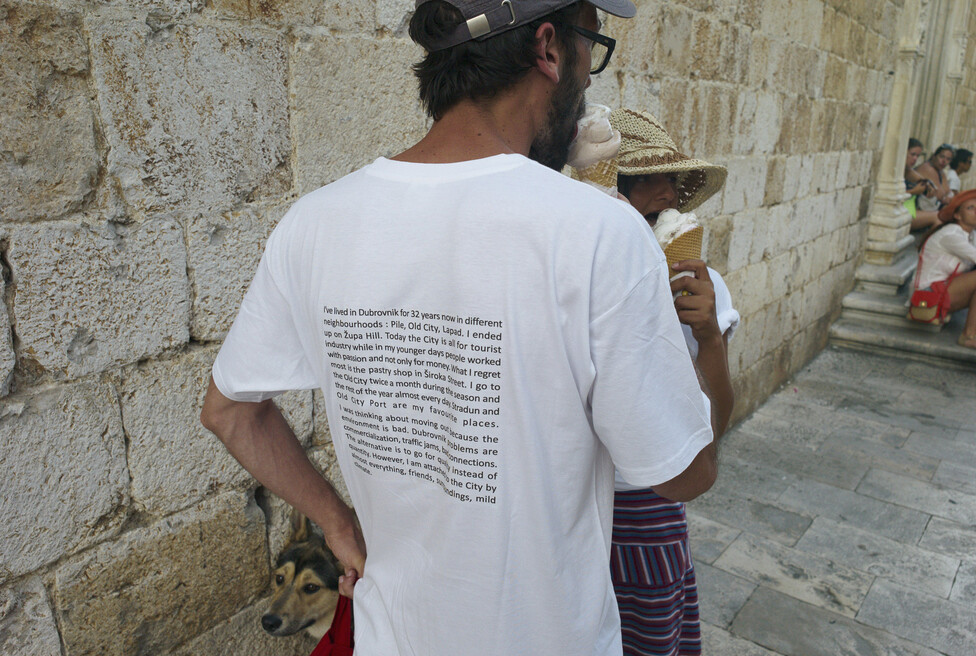 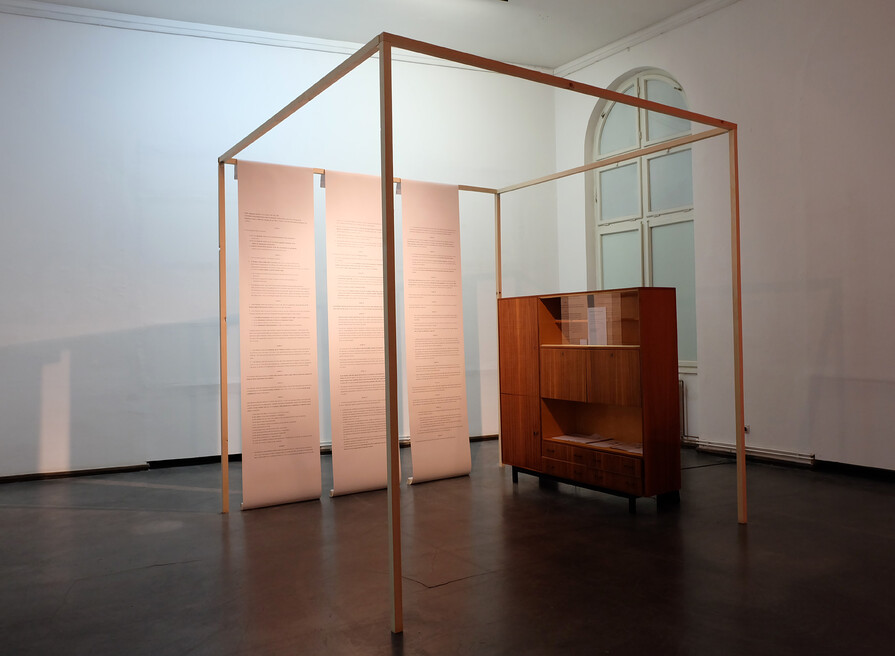 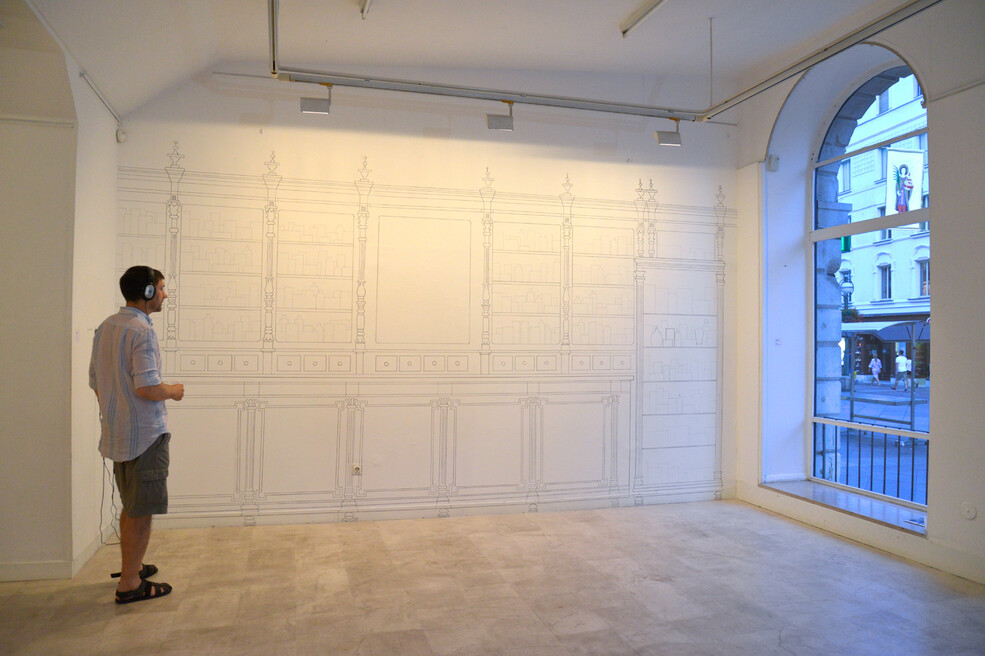 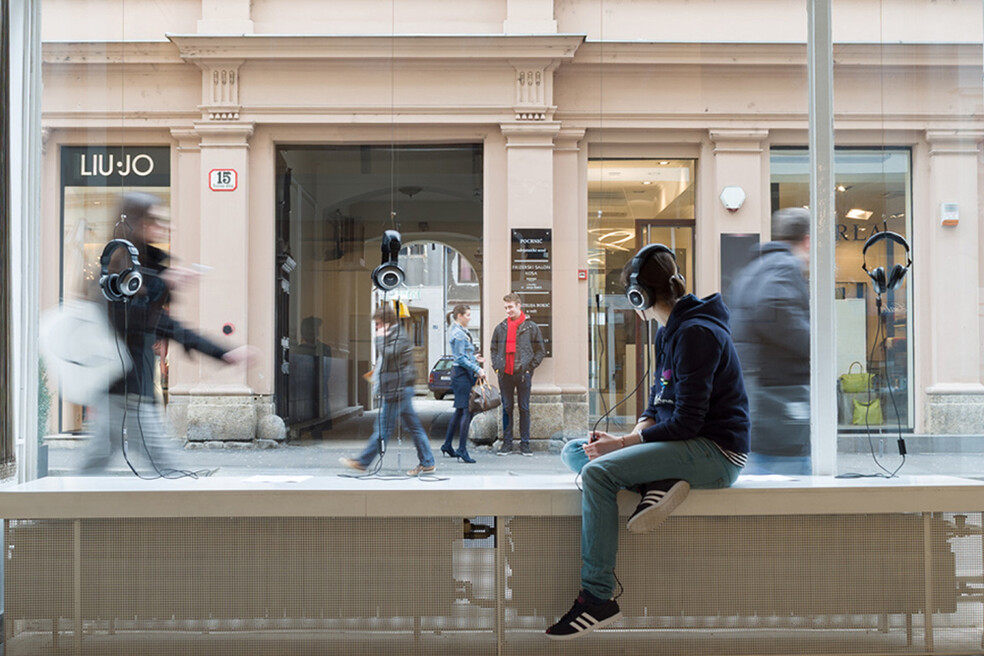 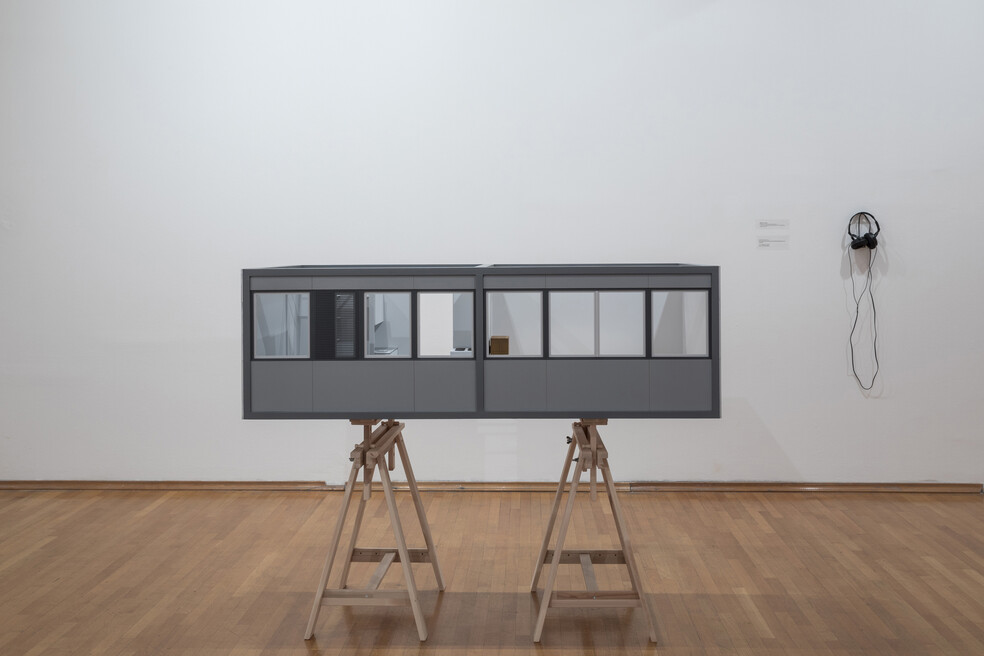 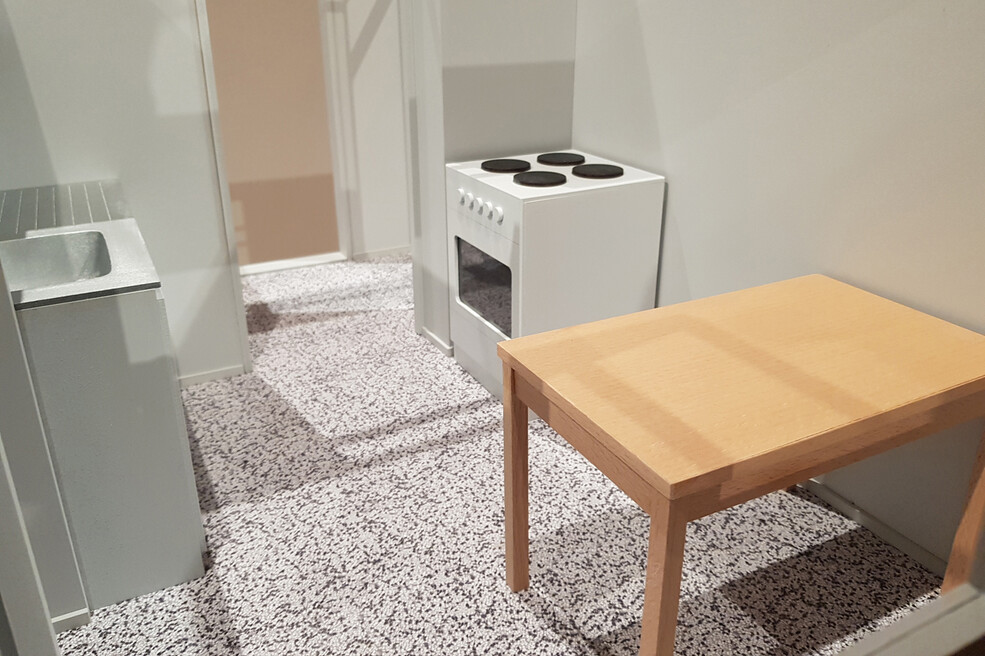 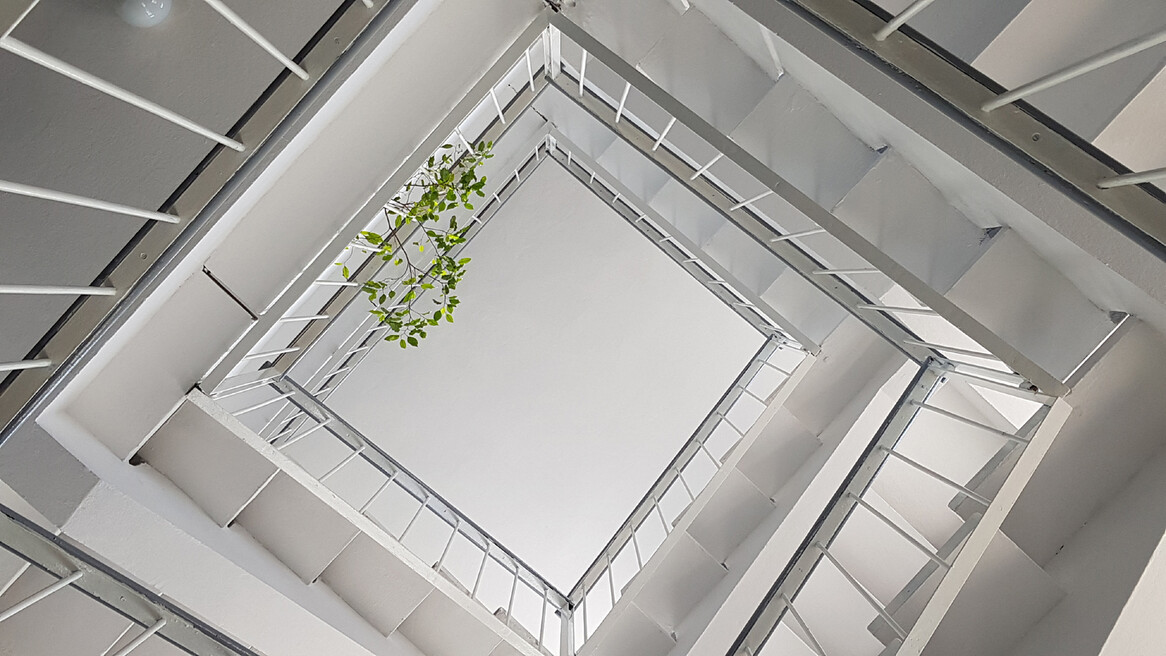 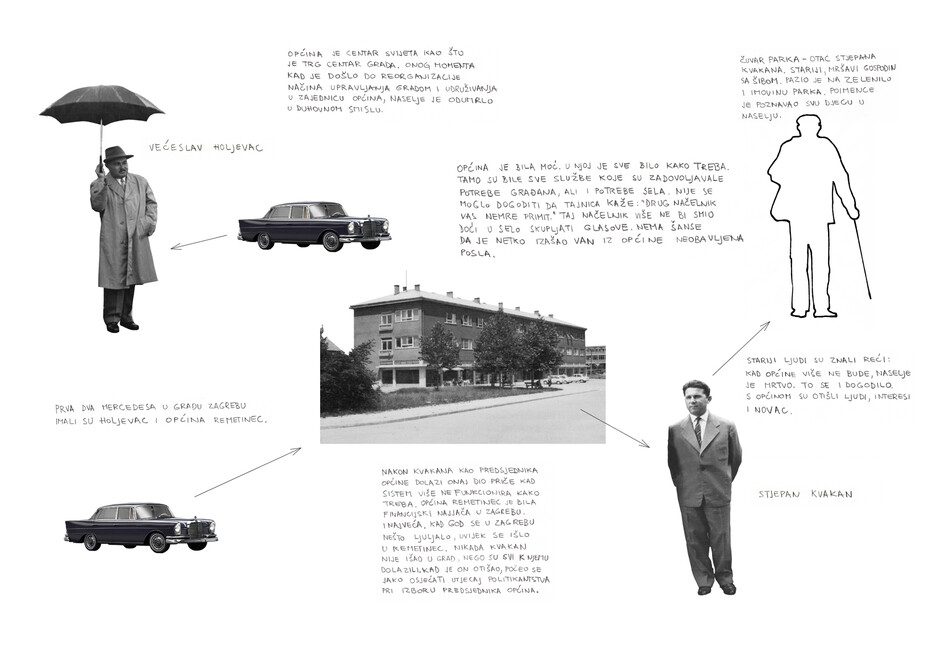 Božena Končić Badurina (b. 1967, Zagreb) is a visual artist. She took a degree in German and Russian language and literature at the Faculty of Humanities and Social Sciences in Zagreb in 1995. She also took a BFA at the printmaking department of the Academy of Fine Arts in Zagreb in 1996. She lives and works in Zagreb.

During my residency at the Q21,I would like to focus on legacy of Austrian feminist and socialist authors from the second half of 19th and first half of the 20th century, contemporaries of Austrian teacher, educator, revolutionary, poet and feminist Giuseppina Martinuzzi (1844 - 1925), whose work I have been researching lately. The starting point of my research would be writings by Adelheid Popp (1869 – 1939): Die Jugendgeschichte einer Arbeiterin (The Autobiography of a Working Woman) and her study on domestic servants Haussklavinnen / Domestic Slaves (1912). I am also interested in works of women's rights activist, journalist and politician Käthe Leichter (1895 – 1942), especially in her essay So leben wir. 1.320 Industriearbeiterinnen berichten über ihr Leben, study on living conditions of female workers, as well as in text Aus dem Leben eines Proletarierkindes by factory worker and women's rights activist Anna Altmann (1851 - 1937). If I have time, I’ll focus also on work of other similar Austrian authors.

By using the tools and methods of artistic practice like drawing or audio narration I would like to reflect and carefully rethink their legacy in attempt to reconsider its relevance in today’s world and the possibilities for social and political change in contemporary society. The residency at the Q21 would give me a needed framework, time and conditions to focus on this subject.

During my 2 month residency at the Q21 in Vienna I made a research on legacy of Austrian feminist and socialist authors from the second half of 19th and first half of the 20th century. The starting point of my research were writings by Adelheid Popp (1869 – 1939): Die Jugendgeschichte einer Arbeiterin (The Autobiography of a Working Woman), her study on domestic servants Haussklavinnen / Domestic Slaves (1912), as well some texts by other similar authors like Aus dem Leben eines Proletarierkindes and Blätter und Blüten by factory worker and women's rights activist Anna Altmann (1851 - 1937), or Aus vergangenen Jahren by Anna Boschek. I also focused on work of woman's rights activist, journalist and politician Käthe Leichter (1895 – 1942), as well as on sociological research Die Arbeitslosen von Marienthal by Marie Jahoda. Besides those writings, there were also three exhibitions extremely important for me because they provided me with lot of material for further research: Das rote Wien 1919 - 1934 in Wienmuseum, the permanent exhibition Das rote Wien in Waschsalon Karl-Marx-Hof and “Sie meinen es politisch!” 100 Jahre Frauenwahlrecht in Österreich at Volkskundemuseum. During my stay in Vienna I started to make some kind of reading diaries based on those writings and on all other material I collected and archived in attempt to reflect and carefully rethink the legacy of the Red Vienna period and reconsider its relevance in contemporary society.

Apart from my work there were many opportunities to meet other artists and curators from several cultural institutions, to hear about their activities and to held presentations about my own artistic practice. Due to rich cultural programme during summer months and the fact that the Q21 residency is located in the city centre, I also had chance to attend many manifestations, movie screenings, contemporary dance performances, as well as numerous interesting exhibitions in the nearby museums.

All together the stay at q21 has been a very constructive and productive one and gave me a needed framework, time and conditions to focus on my research and to connect to local scene. All of that would of course not have been possible without the team of Q21 which provided a great logistical and organizational support.