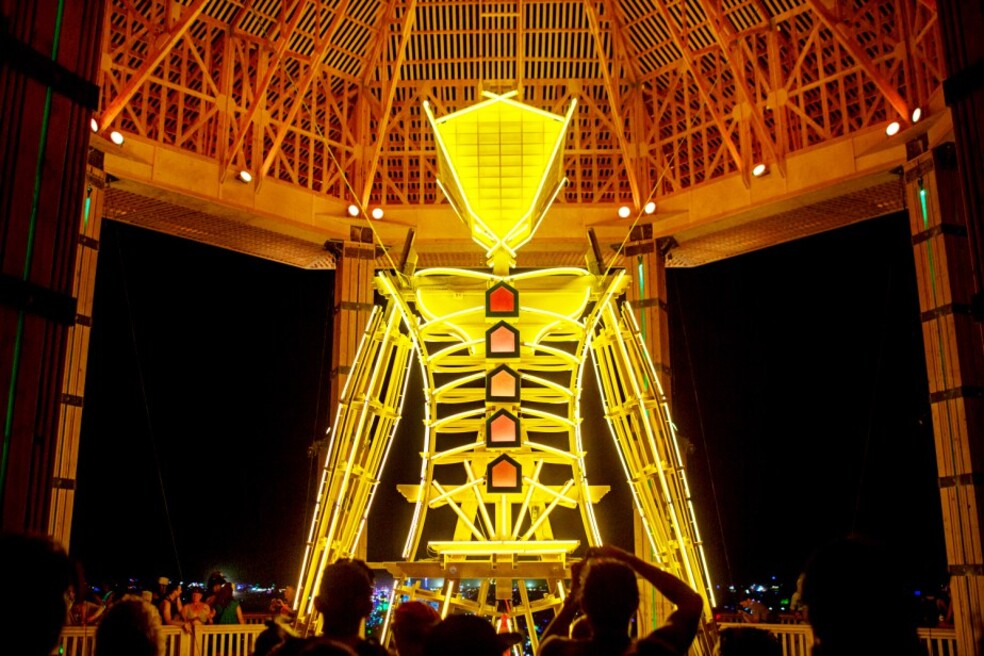 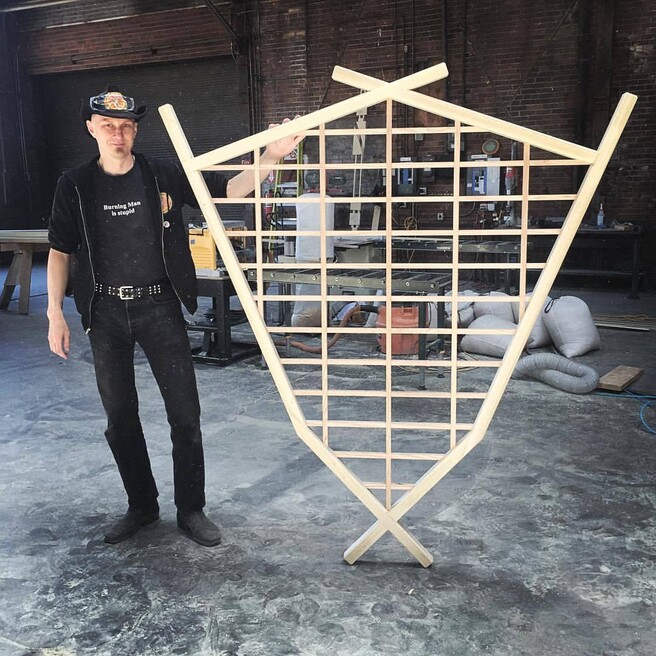 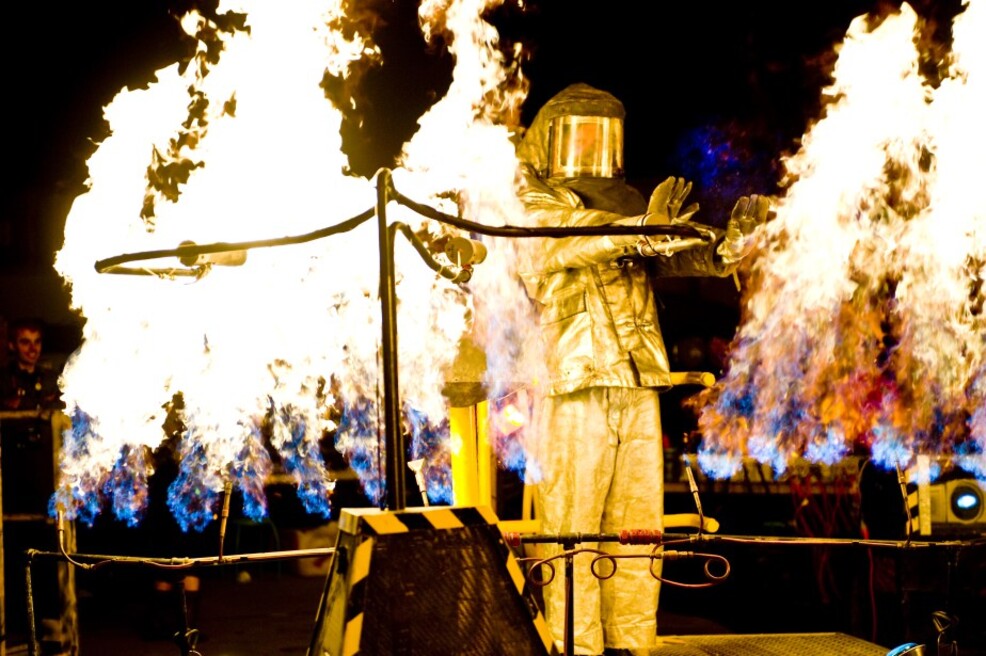 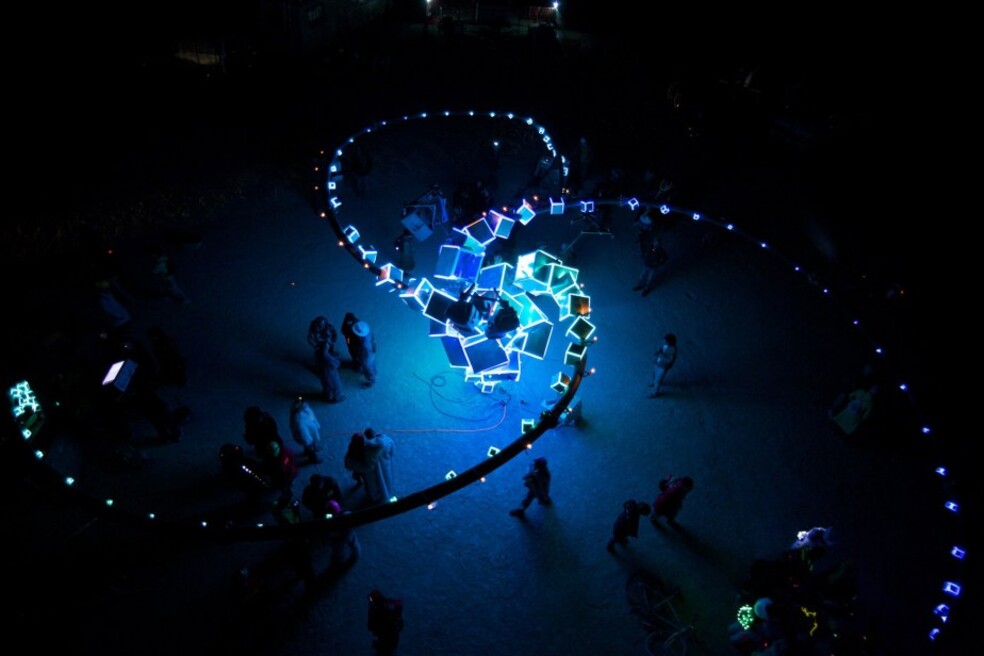 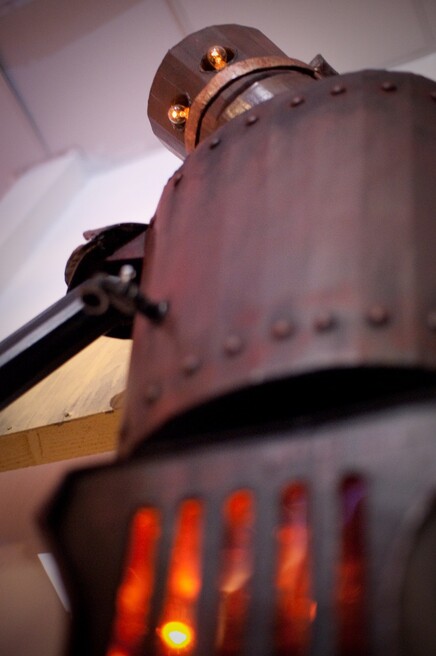 Aaron Muszalski has been creating radically interactive experience art across a diversity of media for over twenty years. Often ephemeral, these works rarely produce artifacts, but seek instead to facilitate transformative or cathartic journeys in liminal space — that weird territory between what is and what yet may be.

When he does create physical works, such as the eponymous effigy of the Burning Man Festival, which he has helped design and build since 2007, they are just as often quickly consigned to ash and dust, becoming part of his ongoing contemplation of impermanence and change.

He has taught at ILM, Lucasfilm Animation, and the San Francisco Academy of Art. He is an alumnus of California College of The Arts and the technology accelerator Y Combinator.

He is a native of San Francisco, California.

Working from extensive reference collected at the scene as well as footage from officer Philip Brailsford’s police bodycam, the work allows participants to experience Daniel Shaver’s last moments as he experienced them, and asks whether “compliance” would have made a difference in the tragic outcome. By leveraging the uniquely embodied nature of virtual reality, the work explores the increasing ubiquity of unarmed citizens killed by American law enforcement, the militarization of policing, popular narratives of “good guys vs. bad guys” (especially as expressed in fiction and interactive entertainment), expressions of contemporary masculinity, all in a setting of heightened identification and empathetic response.

† The work’s title is taken from the words laser-etched into the aftermarket dust guard that officer Brailsford had purchased and added to his weapon.