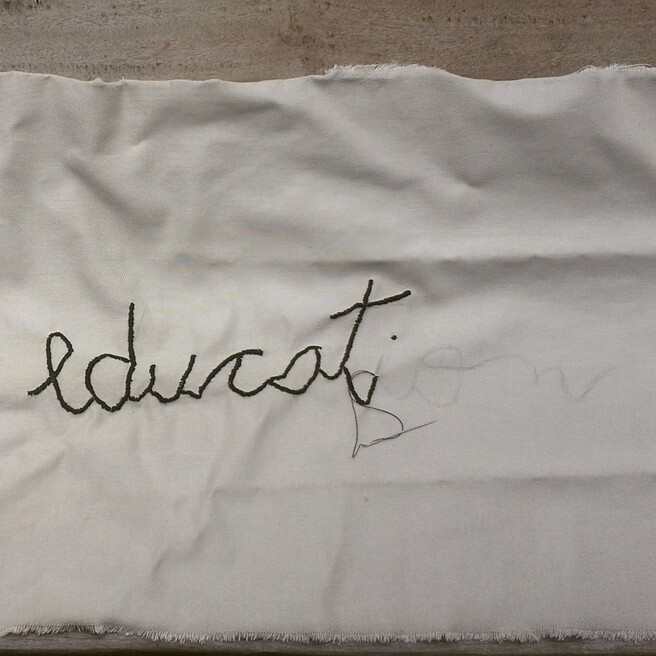 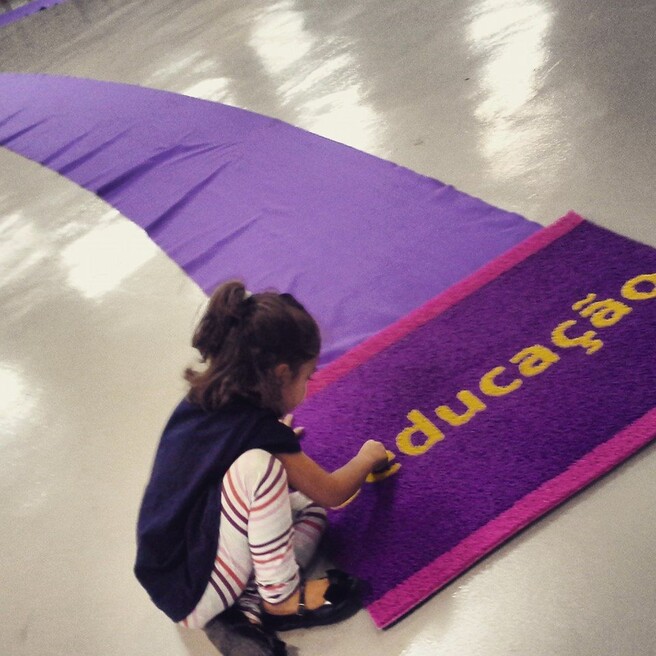 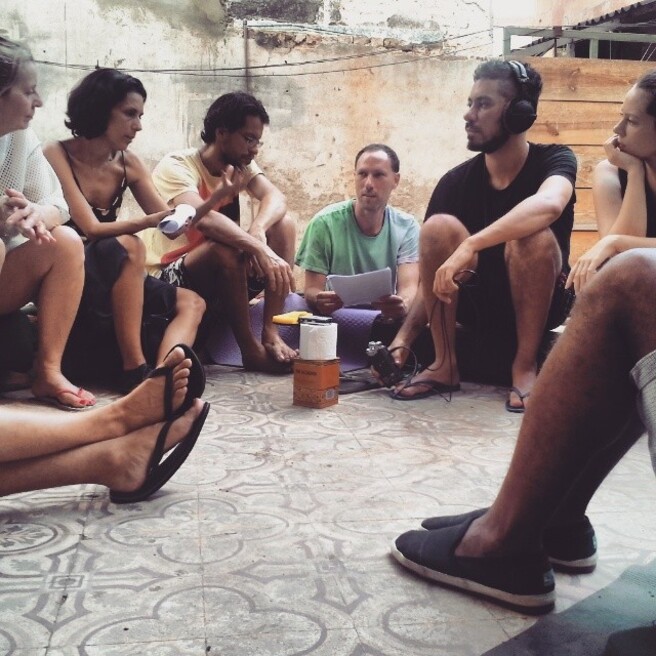 At Camilla Rocha Campos’ work the participants are invited to be part, generally with her, of a poetic and simple situation, relating their own body to objects posed in different contexts filled with a type of humor and criticism. As a professor Rocha Campos take her experiences from art practice to education area creating projects at schools and Universities, with kids and adults. At the project called Workshop em curso, for example, Camilla propose a visiting circuit for museums, cultural centers and biennales, in Brazil and abroad, encouraging in-loco discussions meanwhile experiences are lived there. Rocha Campos has a Master Degree in Art History and Criticism by the Art Institute of UERJ, Rio de Janeiro (2011), she was graduated on Art Printmaking at Escola de Belas Artes, UFRJ, Rio de Janeiro (2007) and she also studied at Parque Lage free Art School also based in Rio de Janeiro, Brazil (2005 – 2007).
During the year of 2016, Camilla is participating of the International Residency Program at CAPACETE, Rio de Janeiro, Brazil. She is also interim professor at the Federal University (UFRJ) at the Visual Arts/Sculpture Department.

I’m interested in images and bodies. For Q21 residency I propose to open a certain type of status quo method of study and practice art. I propose a research in a non-written language, using movements as art theory: reversing concepts in order to create a condition to an art or, still, pointing a new type of art protocol and ethics that assumes multiple places for speech and act. In favor of a decolonization process, I aim to converge this living process in a political art assortment.