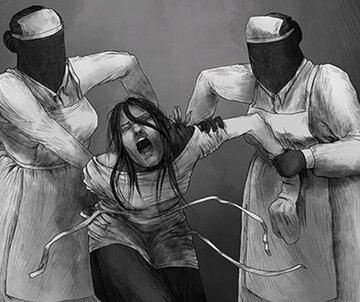 “The hardest battles are fought in the mind.”

Upon close inspection, it becomes evident that constructions of mental illness and mentally ill characters are omnipresent in video games. By means of their procedural rhetoric as well as aesthetic and narrative design, video games present a variety of constructions of mental health; sometimes overtly and with a clear intention, other times as a side note or a functional necessity. Stereotypical tropes such as the homicidal maniac allow for an immediately understandable determinant of vileness while an empowering subjectification encourages an empathic understanding of mentally ill characters. Players do not only fight against delusional antagonists, carefully explore the dark hallways of derelict psychiatric institutions or take a deep dive into a characters’ mental constitution, but may further observe the mental state of their avatars on functional scales such as the so called ‘Sanity Meter’. The fascination of art and culture with the incomprehensible aspect of madness is thus seemingly unbroken.
But what do these constructions of mental health in video games mean? – In order to explore this question, a typology will be presented that allows for an in-depth analysis. Closely linked to prevalent discourses of medicalisation in the field of medical humanities, still affecting mentally ill people in everyday life.

Stefan Heinrich Simond, M.A. teaches at the Institute of Media Studies at the Philipps-University in Marburg. In his currently ongoing PhD project, he develops a qualitative analysis of the constructions of mental health and psychiatric institutions in video games. Further, he operates as chief editor at pixeldiskurs.de and hosts the weekly Pixeldiskurs-Podcast revolving around game studies and gaming culture.