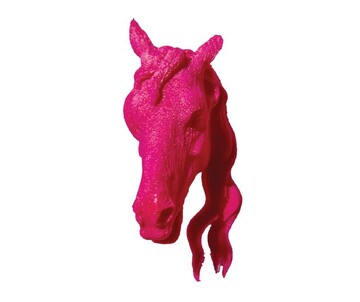 Guy Debord’s idea of the dérive struck on commencing this project - wandering in a city that we were somewhat familiar with but in other aspects not all. We followed our instincts rather than letting the psychogeography guide us (although subconsciously is that even possible?).
The original proposal for in silico et in situ: wien called for finding “Verborgene Schaetze”, hidden treasures around Vienna. And to us that meant hidden treasures in a ludological manner. Our intent was to wander the city and discovering hidden fragments (hidden in plain sight) that for one reason or another appealed to us. Originally we thought buildings, figures, “Denkmaeler” (monuments). But through discourse it crystallized that they were rather obvious and we became a lot more interested in fragments we could take out of context but that could representationally stand alone. In the age of digital reproduction, the matter of losing the object’s aura (as originally argued by Walter Benjamin) is certainly muddled. There is intrigue with the ability to re-create these objects within the means of digital recording (3D scanning) and digital fabrication (3D printing). So came to light that the city of Wien is home to creatures of all kinds: horses, lions, historical iconographic ones such as double eagles and even mythological ones such as Gargoyles and Sphynx.

We argue that by replicating fragments of these hidden-in-plain-sight everyday beasts, in a different scale and production method, we change their aura infusing the object with its necessary charisma and a changed meaning. And by placing them into the urban environment and out of context of its original meaning, we are leaving its historical concrete existence behind, and the copy of the original is fragmented and it becomes a new work of (street) art, yet still clearly leaning on its original context and meaning.

There are 2 ways to discover the work in person, via sheer chance by passing by the work without background information, or via retrieving the GPS locations of the installations from the website (google maps) and visiting the location. The work should reach these two different audiences and it our hope that the first might be slightly disrupted in their intermittent activity as they notice the fragments in the street. As for the second audience, please follow the map on our site to find the exact location of (some of the) the replicas we put out around Vienna. No promises that they are still there.

The original you ask? That is entirely for you to discover on your own. :)

Short Bio:
Markus Vogl is an Associate Professor in Graphic Design/Interactive Media at the Myers School of Art at the University of Akron and a NE Ohio based media artist experimenting in multiple sensory experiences combining sound, environments, data visualizations, digital fabrication and interactive installation. He holds a Masters of Fine Art degree in New Media from transart institute and has over 25 years of experience in the field.
Originally from Salzburg, Austria he has exhibited internationally in the U.S., Asia, Europe and Australia. He has been recognized in Leonardo magazine for his collaboration Circadian Capital. He has received a NEA Media in Arts Grant for S.A.R.A.: Synesthetic Augmented Reality Application, a wearable synesthetic performance device for which he also has won the 'aesthetic design' jury award at the 2014 International Symposium on Wearable Computing's Design Exhibition. He has presented research at the Shapeshifting conference in Auckland, New Zealand, the New Media Art Caucus Artist showcases during the Annual College Art Association Conference, South by SouthWest Austin, Texas, Digital Fashion, London, Design Principles and Practices, Barcelona, Spain and the BIFT/ITAA research Symposium at Beijing. He is the Fulbright recipient and Q21 Artist-in-Residence at MuseumsQuartier Wien in Spring 2018 and has been a featured speaker nationally and internationally.