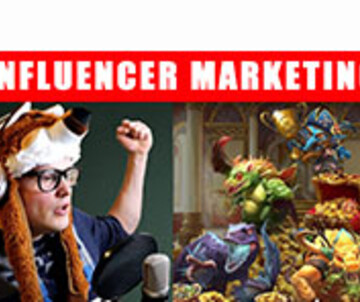 Influencers aka Let´s Players have become not only the popstars of a generation and the number one career aspiration of teenage gamers but also one of the most important marketing tools for devs. Influencer marketing is an area of explosive growth. An area in which you get to work with young, creative talents that are currently reshaping the media landscape in which online video consumption of “GTA V” is larger than one of television’s most popular TV shows right now – Game of Thrones. Understandably developers and publishers would like to get in front of these influencers’ enormous audiences. Influencer inboxes are full of unread emails like “Hi! We have a new game and we think it’s right up your and your viewers alley because we are very familiar with your channel and think that the content you would make would be really entertaining and successful.” Munich based GameInfluencer GmbH conducted a survey with more than 500 influencers in their network to understand their perspective on influencer marketing deals a lot better. By presenting the learning conducted from the study, their founder wants to educate publishers and developers on how to be a better partner for influencers and thus get better deals and content for themselves.

Biography
Michael is a digital marketing specialist with a passion for startups, gaming and eSports. He co-founded GameInfluencer back in 2016. These days he manages a team of brilliant people building the world’d biggest influencer database and running performance-based influencer campaigns on a global scale for clients such as NVIDIA, Tencent, Wargaming or Flaregames.