READER: Tomorrow is not Promised!

READER: Tomorrow is not Promised! 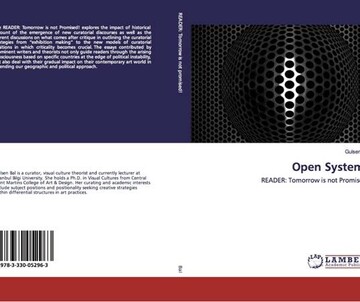 The READER: Tomorrow is not Promised! explores the impact of historical account of the emergence of new curatorial discourses as well as the current discussions on what comes after critique in outlining the curatorial strategies from “exhibition making” to the new models of curatorial positions in which criticality becomes crucial. The essays contributed by prominent writers and theorists not only guide readers through the arising consciousness based on specific countries at the edge of political instability, but also deal with their gradual impact on their contemporary art world in extending our geographic and political approach.

Open Space – Verein für ein neues Forum von Kunst und visueller Kultur aims to bring diverse creative practices together to encourage exchange and joint projects with its visual arts programme within its long established history in Vienna. The programme of Open Space intends to explore the future, generating new ideas to improve cross-border as well as critical dialogues to facilitate new kinds of creative connections that are concerned with interconnected routes within the European space in which a certain creative agenda offers new potentials in the field of contemporary art.