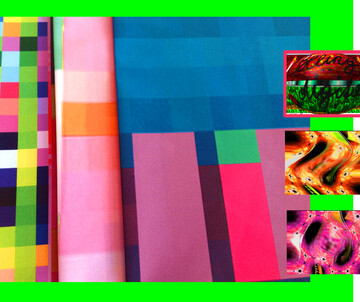 "When we had started with the STR-homepage in February 95, we had travelled to California as part of working on it. Our server, the WELL, was there. We exchanged experiences with their office. We met our friends Howard Rheingold and John "Tex" Coate again, even stayed at their homes for some time. And, we had the pleasure to be invited to Tim Leary´s house in Beverly Hills/L.A. again, and we met Terence McKenna in Big Sur.
One night, we were invited to the Rheingold Haus for dinner in Mill Valley. We were a little group of people, talking about the net. It was 11pm in the meantime, we were the last guests, decided to go. Everything was said, we had a great time, thanked our caring hosts, wanted to go - when Judy Rheingold, at that time getting the news from tv in another room, shouted "Gunafa Twins, the (golden gate) bridge is closed! You can´t leave now." So what to do ?

We talked it over with Howard that driving over Oakland by car to find our way back to SF would have meant more than 2 hours drive. This was too hard. We decided together to wait & see. We got into another round of discussion, and there we created the idea of editorial jam sessions, mailing each other html documents including text, sound, grafix. This later should become Howard´s BRAINSTORMS/DigitalZeitgeist project, which should be the 1st step towards the later Electric Minds, too. When we left that evening - the bridge was open again, and the myth was here !
Back in Frankfurt, we soon started the first jam sessions. It was, IOHO, a big step in online working, cause it meant cooperating on 1 document, dislocated." Station Rose, "1st Decade", edition selene, Wien, 1998

We were working on a pre-Facebook Version, Electric Minds was the beginning of the Social Web in 1996.
In 2014 we arrived at the NEXT Digital Quarter Century, looks like a lot is going on.
Running Fast to the Present !