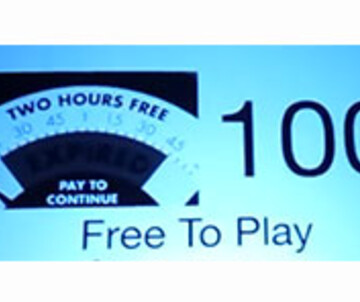 A whodunnit in one hundred parts.

It’s 2014. The industry’s body bleeds out on a floor, and someone, somewhere, knows who did this. Ste Curran plays true detective in a 50-minute murder mystery taking in 100 suspects and just as many murder weapons. A whodunnit in one hundred parts, Killing the Games Industry is a theatrical, contemporary look at the things that make up the games industry, and (more importantly) the way we reflect upon them.

As participants in a young and still-growing medium, the dialogue that surrounds our form is filled with fear and mistrust, and our (young) audience is quick to judge. The cry “[something] is killing the games industry” is forever echoed loud across all forms of media, social and traditional — but why? Who are the people declaring the death of gaming, and why do they do it? And which of the dozens and dozens of suspects really is killing the games industry?

Curran explores the answers to these questions with an impassioned multi-media presentation that blends narrative, fiction and industry commentary, with subtle variations on each performance. Developers, players and media observers will all find things in the talk to recognise, respect or resent, but one aim here is to not to reinforce the hyperbole but to challenge by contextualising it. Another is to look at how breaking up with someone, then getting back together, helps you understand their faults in a way you couldn’t before. And a third is to tell a sad, simple story.

So who is Killing The Games Industry? No spoilers, friends. But you’re not that innocent.

Kurzbiographie
Ste Curran is a game developer, consultant and lecturer. Formerly Editor-at-Large at Edge Magazine, he made the transition to videogame creation in 2004 — first at Sony as an external producer, then at British studio Zoë Mode. As Creative Director at one of the largest independent games developers in the world, he worked on countless music and social games across offices in Brighton, London and San Francisco. Ste also ran Zoë’s “Lab”, a small team working on left-field concepts and rapid prototypes, from where 2010’s Chime emerged. He’s co-authored three books on games and the design process, speaks regularly at conferences worldwide, and his games consultancy company, Agency, works with teams across the world to make games better.