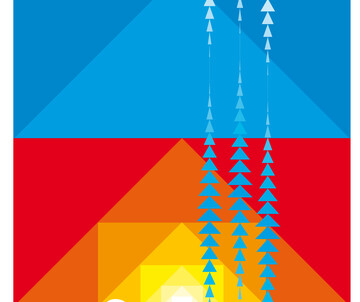 In an industry where the stereotype of ‘the suit’ – ignorant, duplicitous and concerned only with the bottom line – casts a long shadow, Ahmad represents something novel. As indie developers and changing distribution methods shift the balance of power, he’s become a human face for a once-intractable corporate giant that has radically rethought its relationship with creatives. In many ways, Ahmad is more like an A&R man from the music industry than a stereotypical videogame executive. It’s not uncommon to see him share his company email address to promising devs via Twitter. And he’s constantly improving connections, generating many stories of how he goes out of his way for the developers he covets.                    “To some extent, it’s the methodology we use,” he says. “It’s old-school A&R, too, in the sense that we’re very interested in working with exciting developers with whom we’d like to build relationships. We love seeing developers progress through our platforms, growing with us. Honeyslug, FuturLab, Dakko Dakko and Vlambeer are some examples of this approach. It’s a new approach to A&R, in that the business model we use is fair and developer-friendly. Our philosophy is ‘support, steer, don’t interfere’. Developers are creatives and you don’t tell them what kind of game to make. You find those with a vision and you nurture their vision.”
In this talk, Shahid will explain his assessments re. the status quo and future of the games-market, current chances and challenges for indie developers, and of course requirements for games to get into his world at SCEE.

Kurzbiographie
Shahid signed “Thomas Was Alone”, “Hotline Miami”, “Luftrausers”, “Velocity Ultra”, “Lone Survivor”, “Spelunky”, “Terraria”, “FEZ”, “Volume”, “Football Manager Classic ’14″ and many dozens more as part of PlayStation’s most ambitious ever engagement drive with developers. In his 31 year career, Shahid’s expertise lies in the development, acquisition and publishing of video games. During his time with PlayStation, he led the initial portfolio acquisition for PSM, signing over 30 titles and launching successfully in October 2012; developed the PlayStation ecosystem in India; played an integral part in the PlayStation minis software launch and the evangelism of PlayStation Move to all partners. Based in London, his years of engagement were a key driver in the uptake of the PlayStation Store with the Dev community from 2007 and continues to be so as one of the most recognised forces in the “indie” world. Strategic Content is now an integral part of Sony Computer Entertainment’s PS Vita and PS4 publishing activity. Driven to deliver results, Shahid is also a passionate presenter; his focus on engagement, communication and relationships pushes him to continually find new ways to create and deliver great games. Prior to Sony, Shahid was the Managing Director of the groundbreaking START! games, a business set up to bridge the financial gap between Developers and Publishers. It is a model that a decade on is being adopted by many new companies in the digital space. He started his career as a “bedroom coder” in the halcyon days of 1982, creating several hit titles and then moving into publishing with Virgin, before joining Hasbro Interactive where as Executive Producer he was part of the core team that rebooted the Atari legends. In 2012, he “remastered” his 1985 hit title “Chimera” for PC and Mac on the 98 bus. Shahid is the founder of “Beyond the Final Boss”, a movement showing young people that there is hope after bullying, through inspirational stories told by games industry figures. Specialties:Business Development, Content Acquisition, Production, Management, Publishing, Software Development, Design, Music, Web Consulting.