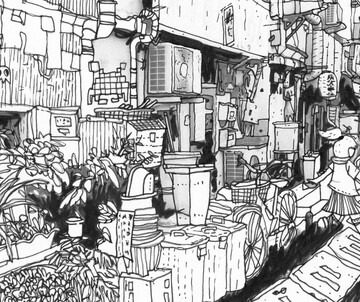 To get feedback on a game in development, you would usually ask your (favourable) friends or beta testers rather than impartial industry keyplayers who can make a firm but fair assessment, put their finger on inaccuracies and errors so as to point game developers in the right direction. That’s exactly why SUBOTRON founded the series “Live Pitch of Austrian Games” in 2012.

Nomination with an ensuing Pitching Workshop

Out of a call, the jurors have picked five games whose developers were provided with a Pitching Workshop. The workshop served not only as a preparation for this night, but also as an ideal communication training for the current and future games projects.

Each representative of the nominated games is given ten minutes to convince the three jurors of their project who give immediate feedback. Not only the presentation is being evaluated, but also the game itself. Was the teaser significant? Is the game play conclusive and the target group identified? What is the prospect on the aimed at market? Are the conceptions regarding financing models, marketing strategies and sales promising?
Would the developer be able to tease an AAA publisher in the elevator of a conference hotel so he decides to arrange an appointment? Does the game have a USP that makes investors and business angels prick up their ears?

“We Are Screwed” by Rarebyte

The winner in this category will get a FREE space at the next indie arena booth at gamescom cologne 20.-24.08.2019 to show their game to more than 350´000 gamers, publishers and keyplayers of the global games industry!

Apart from the previously taken Pitching Workshop, the winner not only benefits from the straight and blunt professional evaluation, but also has a long-term added value.
The project member(s) get a coaching by jury members after the event. They will clarify questions concerning product development, game design, business models, future markets, financing models as well as marketing and sales in an extensive manner within a confidential setting.

HandyGames™ is a THQ Nordic family member and operates as an international publisher for small and mid-sized projects and developers for a worldwide audience.The focus lies on creating and publishing games for next gen consoles like Microsoft Xbox One, Nintendo Switch and Sony PS4 as well as games for Steam and many other PC gaming distribution channels. HandyGames™ produces titles for new innovative gaming platforms, for example VR (Virtual Reality) on Oculus Rift, HTC Vive and Samsung Gear VR, but also offers games of all kind of genres for Android smartphones and tablets, Apple iPhones, iPads and many other mobile and smart devices.

Regina Reisinger is a 3D artist working in computer games since 2013. She studied Multimediaart at the University of Applied Sciences, Salzburg, where she graduated with a Master’s degree. She went on to work for Deck13 in Frankfurt as an environment artist on a AAA production, before returning to Austria to join mobile games company Socialspiel. She has since worked with several other Austrian game companies on both PC and console titles as well as VR games. She is currently Lead Artist at Vienna-based PC/console game studio Iron Mountain Interactive.

Robert started programming little games on his Amstrad CPC at the age of 10. Now being an old geezer, he still shares that passion for interactive design and games. He was a long time fellow of the Ars Electronica Futurelab working in VR, Games and Mixed Reality. After that he enjoyed the poor life of an independent audio-visual artist exhibiting interactive works and game experiments in over 40 countries. Finally, financially broke he took on the challenge to build up a game development department at University of Applied Sciences Salzburg. After six successful years and many cool student games he decided to start his own game and interactive design company Polycular to work on the future of fun and learning. Polycular won numerous international grants and awards amongst them ReImagine Education, GreenStart Award, GoSiliconValley, Josef Umdasch Award, Advocate Europe Competition, Content Award Vienna, and many others.