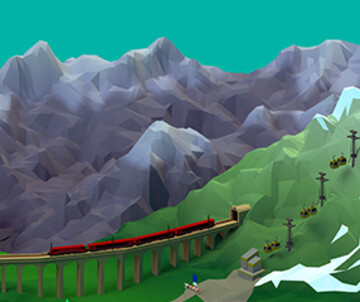 The talk explains how the Polish game scene got united and started to work together to gain better visibility from both customers around the world and the Polish government by reflecting on the history of the industry itself and its integration efforts. What kind of support does the industry get from the state? How does the polish game scene work together to help each other? Is sharing of knowledge, cooperation and combined marketing efforts enough? How significant are good personal contacts between industry people and what do they do to make this happen with unique approaches? Maciej describes the current challenges for the industry, what the polish indie games foundation is doing at the moment and plans to strengthen their position locally and globally. What are the learnings and how can the austrian scene benefit from them?

Biography
Maciej Miasik is a veteran game developer, producer, designer, sound designer, programmer and co-founder of a couple of gamedev studios, active for the past 25 years. Probably best known is the millionfold sold “Witcher” series where he was responsible for its first part in 2007 as Head of Production. A lot of other games he was participating in would be known to adventure game players: “Reah: Face the Unknown”, “Schizm: Mysterious Journey”, “Mysterious Journey II: Chameleon” and “Sentinel: Descendants in Time”, and recently – “Beat Cop”. One title co-developed by him shall not remain unreferenced: “Electro Body” (1992) being one of the first successful Polish PC games.
Maciej is also actively engaged in different educational efforts, as a Curriculum Director at Game Dev School, and as a regular lecturer at Warsaw Film School and Polish-Japanese Academy of Information Technology. He serves as a member of the Advisory Board for Indie Games Poland Foundation and is currently working as Member of the Board at Movie Games S.A. and at Pixel Crow on his new game – “Total Alarm”.