SUBOTRON arcademy: The Player is a Material Made up of People /departure talk

SUBOTRON arcademy: The Player is a Material Made up of People /departure talk 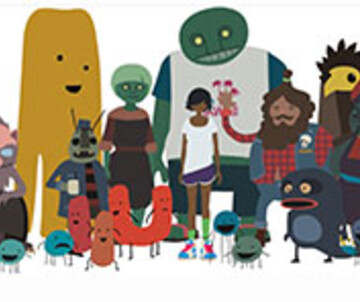 From the introduction to accessible controllers like the Adaptive Controller, to the Alt Ctrl movement for DIY approaches to new control schema, video games are beginning to think about how they design for difference. “The Player is a Material Made up of People” is a talk which will examine the ethics of making games for diverse audiences; beyond just physical difference. With the rise of embodied games practices like VR and pervasive games, the assumptions about the player’s body must be challenged. Focussing on interviews with people with different gender, mobility, racial and class backgrounds Hannah will ask: what could an aesthetic of radical difference look like? What if specifying rather than broadening our design principles might be a more ethical and accessible game design practice?

Biography
Hannah is a writer, game designer, academic and artist working at the confluence of game design, narrative design and game writing, performance writing, community-based practices and digital art. Her work is often driven by an interest in the role of storytelling in everyday life; in enabling players, audiences and participants to reflect on their lives, lived in the inextricable context of one another. She works hard to make performance/playful experiences that can be accessed by everybody, proactively, by taking work into communities, by producing and programming experimental work, and by being a bridge between creative practices.
Hannah has worked with and for organisations such as Santa Ragione, Draknek, Die Gute Fabrik, Twisted Tree Games, The Royal Shakespeare Company, The V&A, The Wellcome Collection, Rock Paper Shotgun, Alphr, The Space, Twisted Tree Games, Hide & Seek, Coney, and spoken at events like Game Happens, AMAZE, Now Play This, Feral Vector, Gamecity, and Beta Public. She has also lectured in socially engaged practices, digital narrative, and game design at several universities, including UEL, UAL, RCSSD, and Goldsmiths.