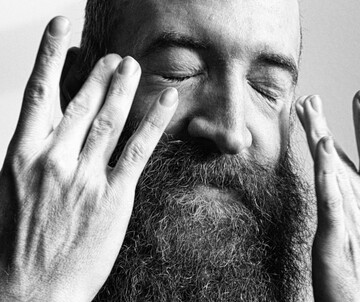 An artist living and working in Brooklyn NY. Early on he picked up skateboarding, and he immersed himself within the subculture. Designing tshirts, skateboard graphics, and skateboarding in local shop videos. He eventually went on to design over 200+ board graphics for skateboard companies from Norway, Russia, England, and all over the US and rest of the world. His art as well as himself skateboarding appeared in numerous skateboard magazines including Thrasher.

Adopting the moniker of Wizard Skull and abandoning freelance design work, he began wheat pasting his art all around New York. One of his most often wheat pastes was "Sexy Ronald", a buff version of Ronald McDonald wearing only underwear with fries popping out of them. People began photographing and sharing images of it on social media which led to the image going viral several times, being bootlegged and sold on tshirts in Thailand. This also led to his art being exposed to a larger audience.

Marina Sula: You May Never Know What's Causing All the Traffic