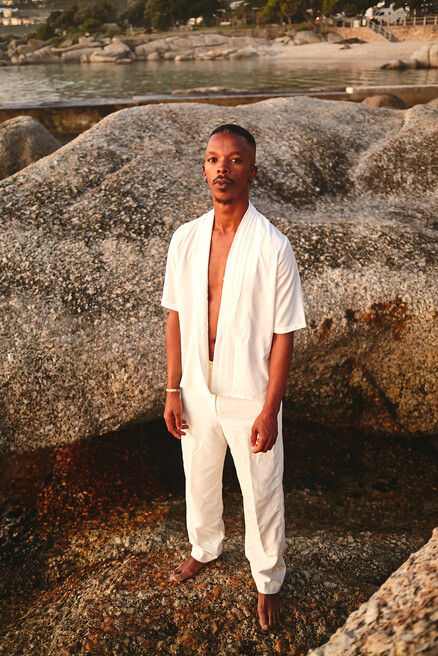 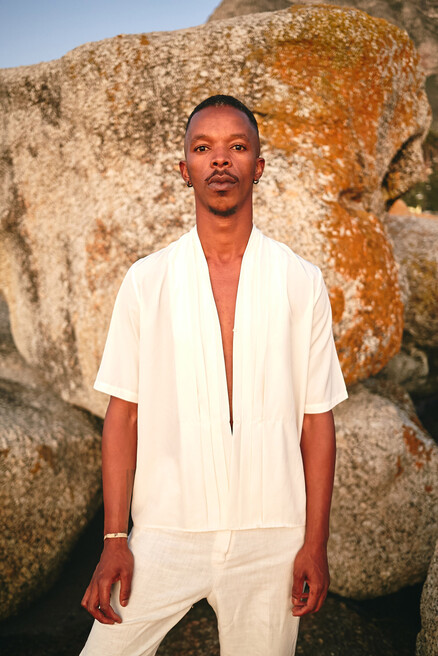 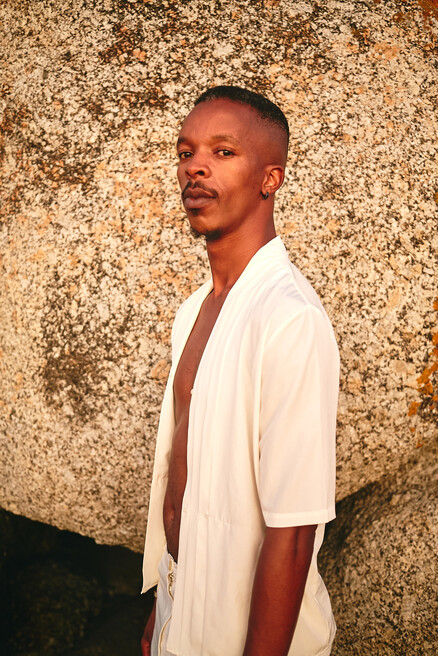 Mthuthuzeli Stoan Galela is a self taught/trained dancer/choregrapher from Cape Town in Gugulethu, born in 1988. He started dancing at the early age in the streets of Gugulethu. He entered a number of local dance competition and became one of the most influential street dancers in the communities.
In 2011 he produced his first theatre dance production called "Rise of the dead" working with various dancers from the townships of Gugulethu, Philipi and Khayelitsha.

In 2012 he was scouted by Nhlanhla Den Mkhwanazi to be in the cast of Memory musical/dance theatre production as a guest production in Zabalaza festival at Baxter theatre. He was also featured on Freshly Ground band (Take me to the dance) music video as a skeleton dancer.

In 2013 he appeared on Coca Cola tv commercial as a main dancer. He also wrote and choreographed another dance piece called "Bring dance back to life" featuring Indalo Stofile(UCT Graduate) as an actress/poet, Gcina Mjobi Koyana(Visual artist) as a painter and Ayanda Cuba as a sketcher.

In 2014 he did the choreography of Driemanskap's song "We are not the same" featuring Ifani. He was also featured on 19 born 76 rebel by Mamela Nyamza and Faniswa Yisa.

In 2015 Stoan had a vision of giving back to his community through dancing, so he decided to start a project caled "Donate bread to a neighbor in need" where he danced and people donated loaves  of bread for those who are in need. He also Choreographed for a Kit Kat tv commercial. While was busy giving back, he had an idea of starting a dance gym for kids as a community service and succeeded.

In 2016 he formed a successful dance company caled United Township Dancers under Stoan Move Galela. He was nominated to film his inspirational work with LeadSA and he also organised a dance competition in Gugulethu and became a success.

In 2017 he did a choreography for "Shona Phantsi Mawuthanda" song by Aux Womdantso and also created a shona phantsi dance for the track. Later that year he produced a production titled "The Calling" where he was teling his daily life story as a dancer/Teacher and trying to invite people to his side of the world and see how he works with the kids of United Township Dancers.

In 2018 he was a resident choreographer for "Ingoma" tv series on Mzansi Magic channel working with the likes of Oros Mampofu, Anita Sbozo and Ayanda Mckayi.He was featured in KO feat Cassper Nyovest - Waya Waya music video that was shot in Cape Town. he was a featured dancer in a White Star Maize Meal tv commercial with Vincent Ntunja both as cousins. he worked with Cartoon Network as resident choreographer for "POP UP PARTY" season 2.

In 2019 he was featured in Prince Kaybee's music video for the famous track "Gugulethu" as dancer.

In 2019 he also was featured in a short documentary ‘’My father The Mover’ produced by Julia Jansch that tels a story about his life as a  dancer/choregrapher and being a father to an amazing daughter. In the year 2020 the documentary won a Tribeca Film Festival award for best documentary short.

In 2020 he choreogaphed for Jeremy Loop's music video for a song titled "Til I found you" and also featured as main dancer.

In 2021 he was main dancer for Hunters Extreme ad.