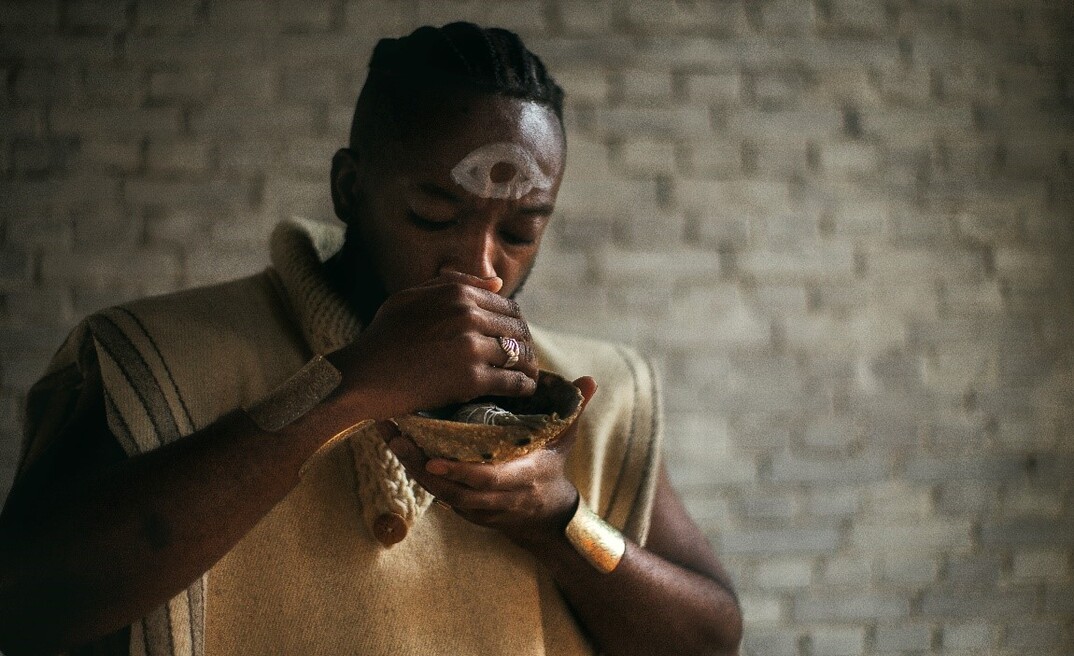 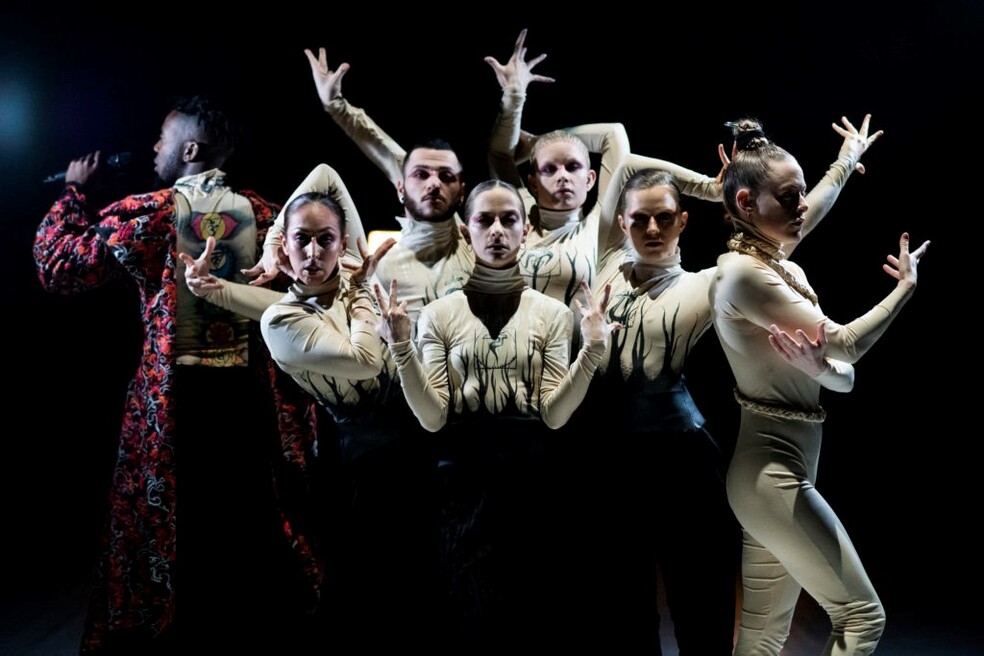 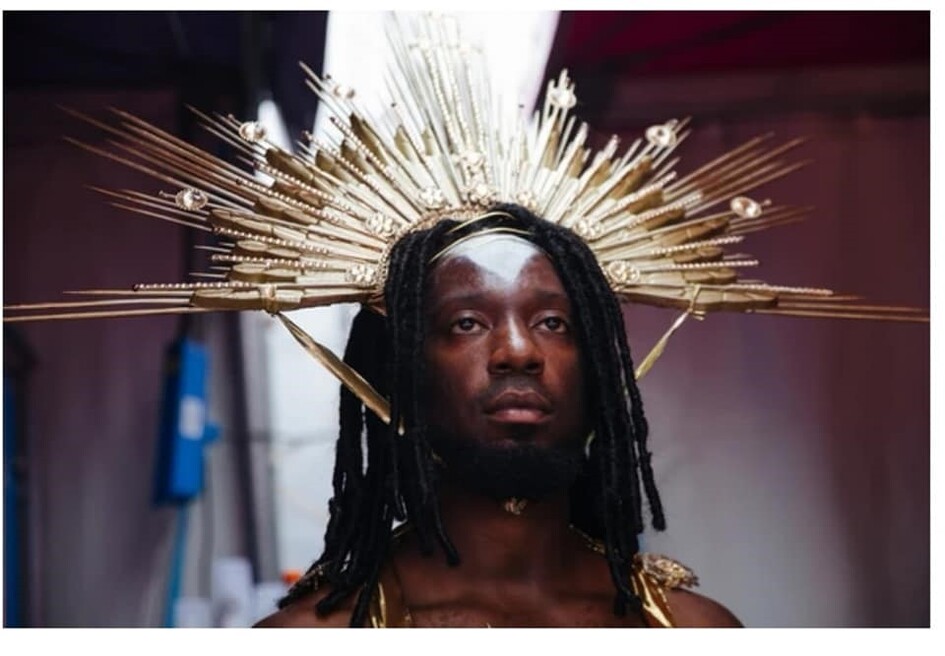 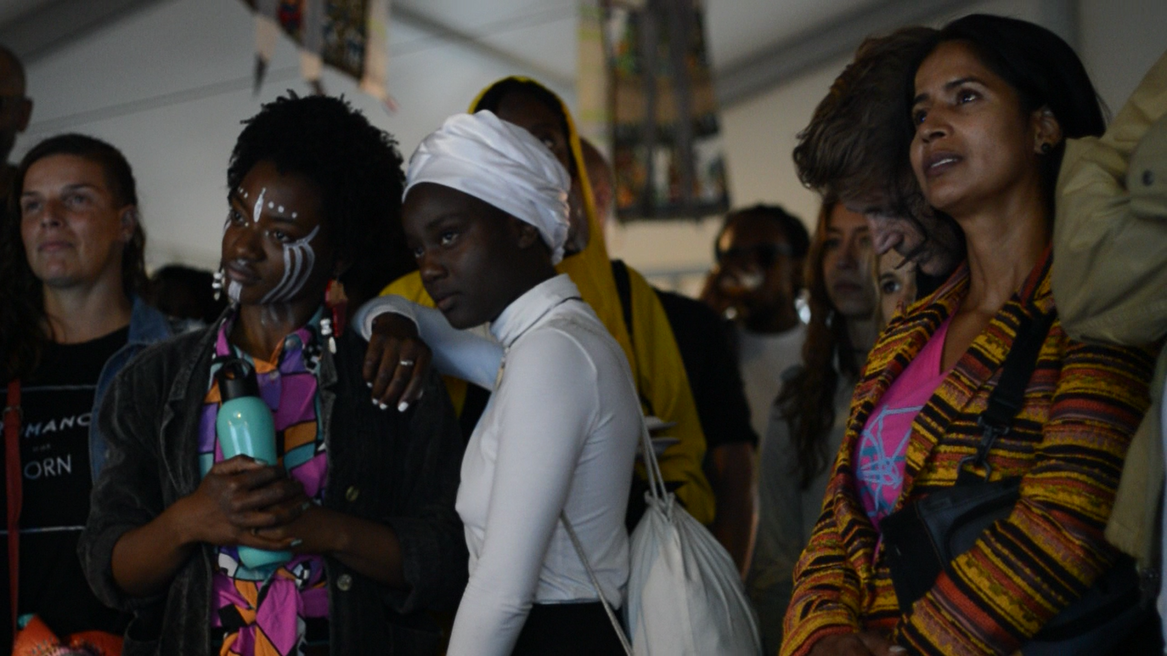 I am interested in the art of healing and transformation. Inspired by Indigenous shamanistic healing practices that involve music and dance, I imagine spaces, rituals, and ceremonies for the contemporary urban environment. Within this ceremonial context I create work that reflects the human experience using water, waterbodies, water states and water motion as a metaphor, symbolic reference and source of inspiration. Water is the most resonant physical element in the cosmos, which makes its relationship to sound a profound one. Water’s fluid interplay carries information that shapes our being. The fact that our body is composed mostly of water is significant in our capacity to make a reference to self. I create from the belief that knowing more about water equals knowing more about self and about life. My practice involves writing text (monologue/poetry/songs), composing music, choreographing dances and creating performances.

As a performer I embody concepts and translate them to the audience, spectator, or participant in the space. My expression moves from the voice to the body and back. Informed by my education in multiple forms of dance, musical theater, choreography, and the exploration of my voice in song and spoken word poetry, my performance functions as a portal to a world of my making. The stage persona / character / identity that carries these concepts into the space is OTION (pronounced as ocean).

OTION is the Master of Ceremony. He stands in the middle of the ancestral and the futuristic as he aims to create magic in the present moment, functioning as the connecting force/element that unites the people with the metaphysical. On a personal level he is the unapologetic black, queer manifestation of an ancestral dream for the future. His presence is a wave that sets the room and the bodies in the room in motion, using his voice to sing, rap, preach, chant, invoke and inspire.

My sonic creation is best described as a loop-based layering of percussive, harmonizing and digitally manipulated vocals, composed into soundscapes and songs. These sonic creations are the foundation of my performances. I find most of my musical inspiration in r&b, hip hop, neo soul, jazz, traditional afro-Surinamese and west -African music. From there, I imagine sonic landscapes that invite layers of contemporary electronic dance beats that make reference to the clubbing experience.

All these elements combined create a container in which I as a performer can completely surrender to the present moment and interact with an audience from an intuitive place. My performance is an improvised solo melody that dances on top of a constructed world, playing with the tension between harmony and disharmony to trigger an emotional release.

During the MQ-residency and as part of the exhibition No Dancing Allowed singer-songwriter and dancer OTION will explore a collective dream experiment in collaboration with visual artist, curator and educator Bambi van Balen.