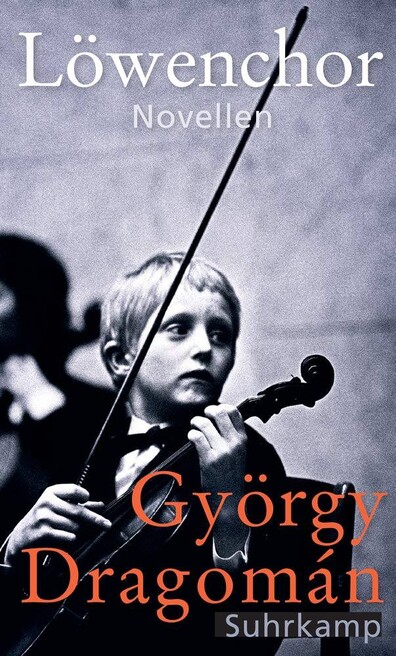 György Dragomán is a Hungarian author, playwright and literary translator. He was born in Târgu Mureş (Marosvásárhely), in Transylvania, Romania. In 1988 his family moved to Hungary.
He studied English and philosophy in Budapest, after graduating, he worked as a translator, film critic, web designer and restaurant critic.
Dragomán has published plays, novels and shorts story collections, as well as a literary cookbook.
His books have been translated into more than 30 languages.
His best known works are the novels A fehér király, (Der Weiße König, Suhrkamp 2008) and Máglya (Der Scheiterhaufen, Suhrkamp 2015) and the short story collection Oroszlánkórus (Löwenchor, Suhrkamp 2019).
His plays and novels adapted to the stage have been staged in Stuttgart, Dresden, Budapest, Nyíregyháza, Cluj and Sibiu.
He has received various literary awards for his writing, such as the Sándor Márai and the Jan Michalski Prize.
Some of his past residencies: Akademie Der Künste, Berlin (2006), Ülno Krems (2008), Helsinki Kollegium of Advanced Studies (writer in residence 2014),  Wissenschaftskoleg zu Berlin (fellow 2018/19).
Since 2022 Dragomán is a member of the Berlin Academy of Arts.
As a translator, György Dragomán has given voice, in Hungarian, to authors such as Irvine Welsh, Micky Donnelly and Samuel Beckett.

Having published three novels and two collections of short stories, I feel it is high time to collect my essays into a volume and while looking at the material I already have in my hand, it becomes clear that the book needs a number of additional pieces to be completed.
There are a few very personal experiences which need to be tackled. My first paying half-legal job was being an interpreter in 1990, working for the border police and customs agents at the Hungarian-Austrian border crossing at Bulcsu, where my family resettled after emigrating to Hungary, to from Transylvania just a year before. I was fifteen years old at that time, I could not have been legally employed by any government agency, but there were not enough Romanian speakers to tackle the onslaught of people coming from the recently freed Romania and seeking travel and often half legal and even illegal business opportunities in Austria and the former west block, so the officials turned a blind eye.
Becoming part of the border authorities, often interpreting at the interviews and interrogations conducted with assumed smugglers, traffickers or just travelers caught in the net of bureaucracy was a formative experience of my early adulthood. It was a triple border crossing of sorts, where I had to transverse the borders of language, adulthood and authority while crossing and recrossing the former border of the Eastern and Western blocks, then in the process of being torn down.
I have written a few personal essays starting from this experience, analyzing some of more notable the border crossings of my life, starting from the Hungarian- Romanian border but going as far as the DMZ dividing South and North Korea, and have now decided to take these texts and expand them into a book, revisiting some of these border crossings, attempting to place these intimately personal experiences into a wider historical and sociological context.
I feel that now, that borders have sprung up once again all over Europe, looking at the precise way we seclude ourselves in our personal space created by language and memory and ideology will help me understand not only the way I personally define my own boundaries and are in turn defined by them, but also shed some light on the way these personal borders are impacting politics, and the other way around.
I will also be working on my fourth as of yet untitled novel, a conclusion of a loose trilogy, the first volumes of which were THE WHITE KING and THE BONE FIRE.