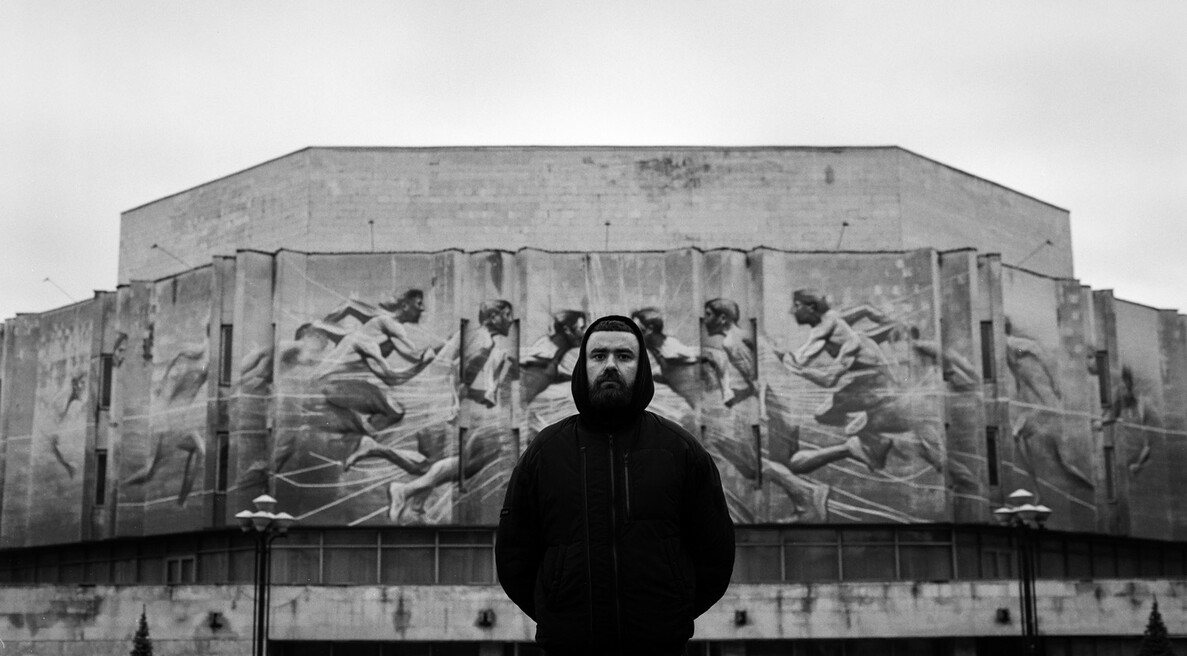 The Kyiv-based producer, director and rave hero Koloah significantly impacted the Ukrainian electronic scene. For more than a decade, his musical path has taken him through a cross-section of underground, famous clubs and parties such as Closer, Схема, ∄, Tresor, Berghain, and more.

Producing in different genres, you may recognize him under aliases — Tropical Echobird and Voin Oruwu — but no matter under that name he is performing, his music has always spoken of unifying raw energy. Koloah's discography of 15 releases includes the experimental LP "Etudes From A Starship" on the Ukrainian label Kvitnu and various club releases on such labels as Banoffee Pies, Hyperboloid, Cut Records, Soulection, Car Crash Set. In 2020 he founded the label Salon Imaginalis, a platform for realizing non-genre music.

With every release, he declares a strong statement. His 2021 album "Millennium Sun" is about the future, which starts today: «It's an album about the changing times, the new era where science and technology coexist with wars and dictatorship, where world hunger exists alongside space travel.» Inspired by sci-fi classics he mixes sounds reminiscent of film soundtracks with jungle, bass, electro, and trance to create the atmosphere of a nightclub in the city of the future that has come. With a cinematic feel and an optimistic tone, he encourages us to live in hope and dream of a better future. His latest album, "Serenity," up where "Millennium Sun's" few purely ambient tracks left off. Pitchfork's highly rated release described it as a "mournful ambient meditation on wartime upheaval." The album was premiered with an audiovisual live show at such festivals as CTM and Nuit Sonores.

Artist also strongly connected to the film and theatre industry, having film directing background, Koloah working with moviemakers and visual artists. In 2021 he released an audiovisual collaboration and virtual reality project "Inertia" on Standard Deviation and wrote music for a folk-improvisational film ballet by Apache Crew "Vodurudu."

Starting with interaction and communication between cells at the time of the formation of life, we move further along the path of researching connections and types of communication: Between human and nature, man and woman, different forms of life, AI data, earth and space..
The main direction in music will be deconstruction of voices and sound signals.
The main idea in video will be rethinking of iconic Koyaanisqatsi under the modern point of view.