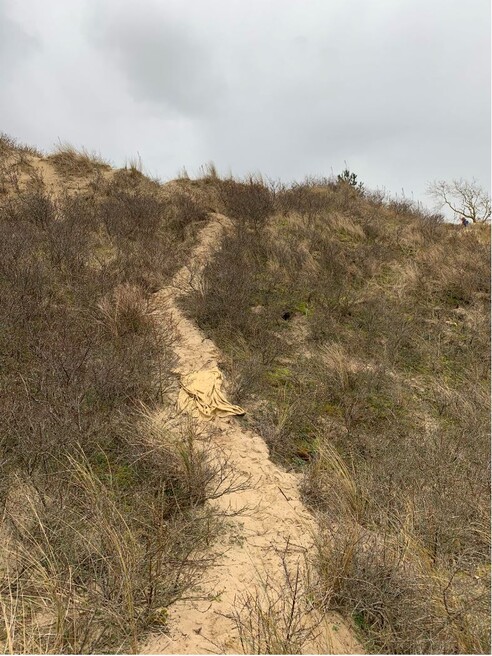 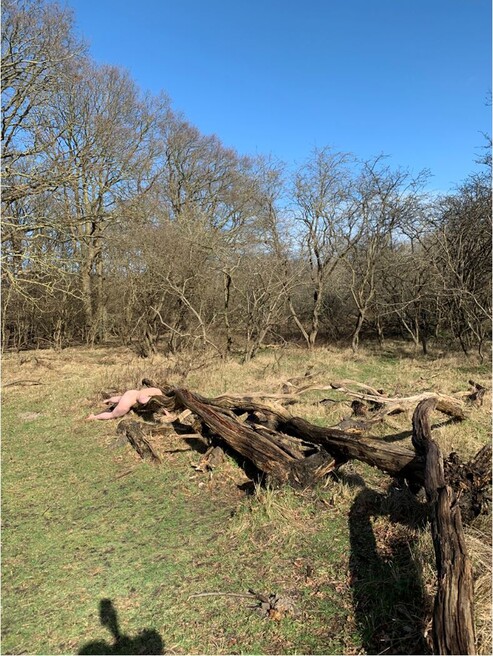 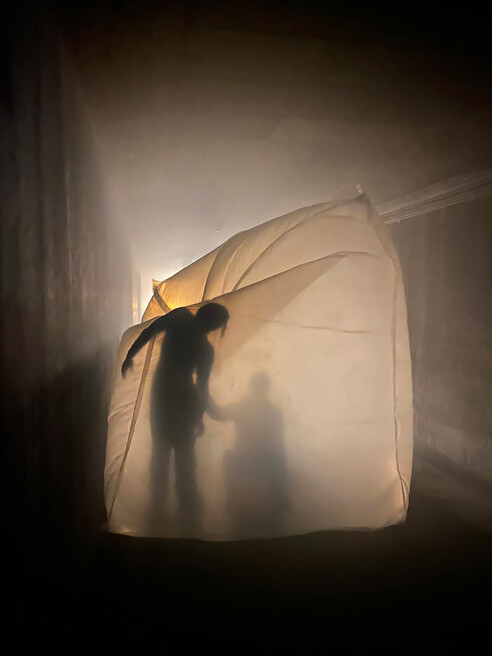 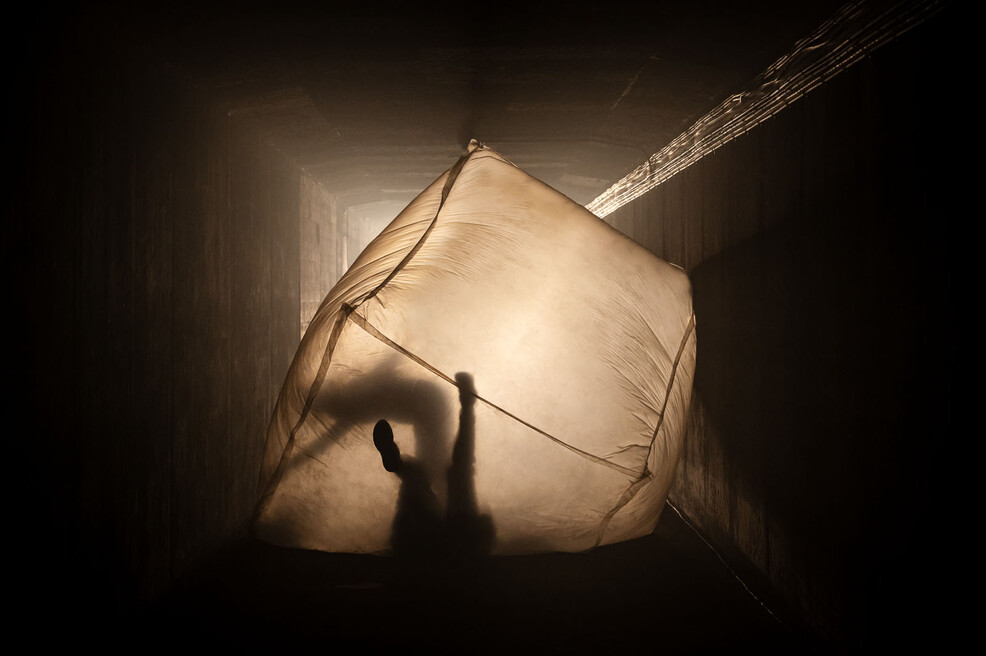 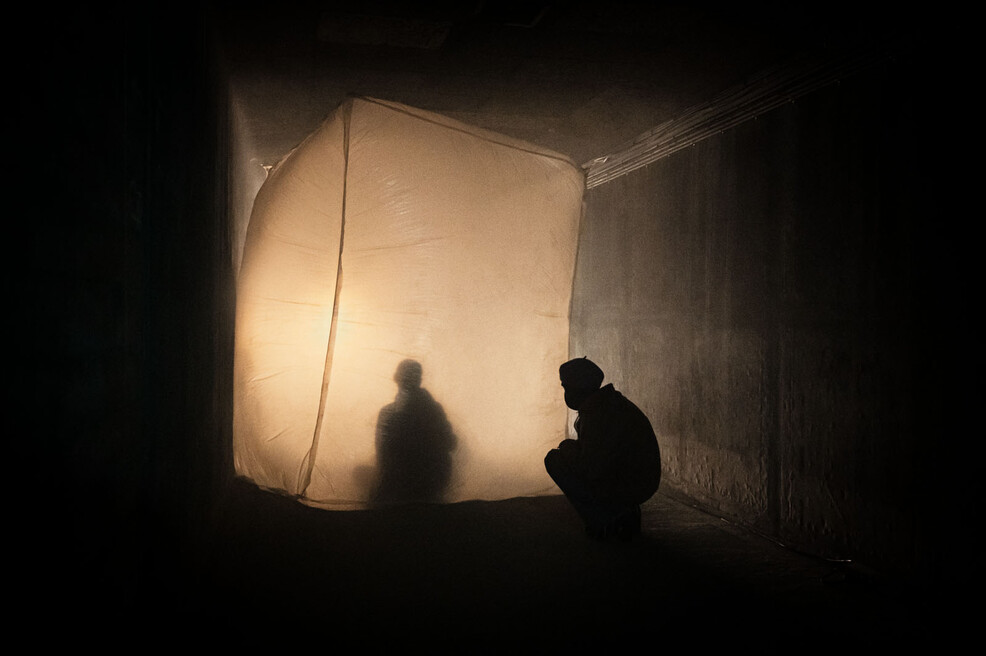 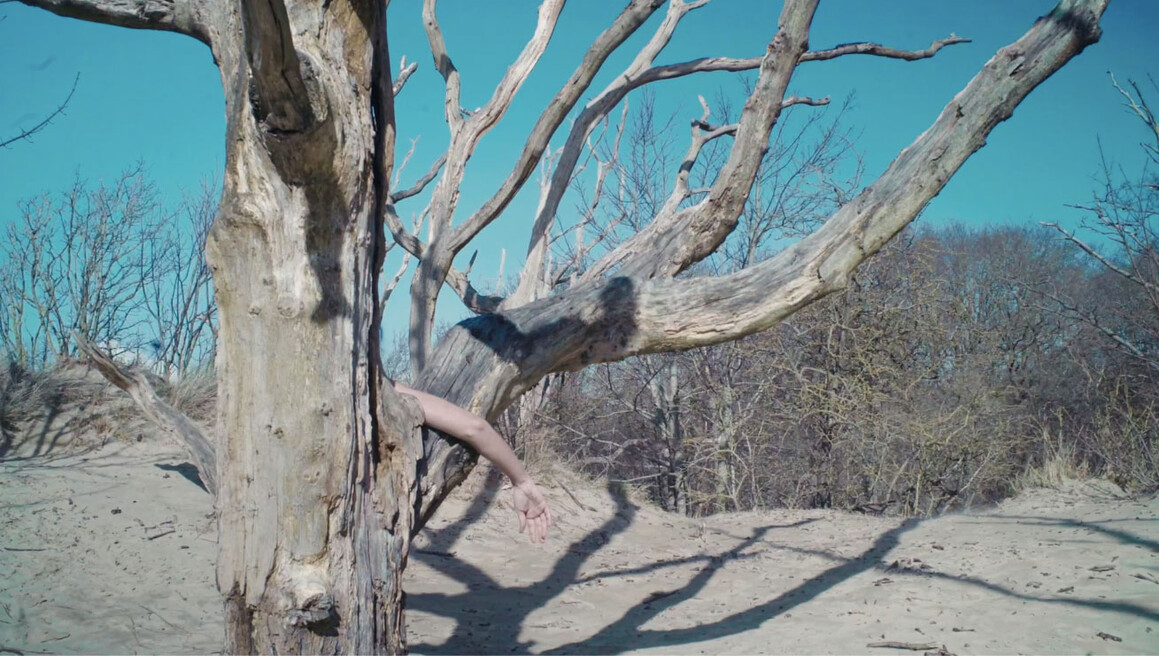 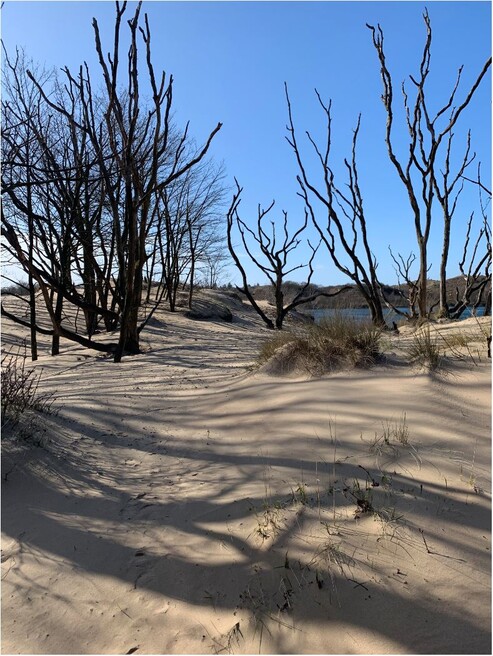 Lucia Fernandez Santoro (1991, Argentina/France) is an academically trained dancer and performer who seeks redefinitions of performance, stage settings, and audience.
After completing a BA in Dance at ArtEZ (NL) she soon gravitated to co-creating with artists from different disciplines.
Mainly using improvisation and writing as artistic practices, Lucia seeks horizontal collaborations.
Continuing with her interdisciplinary interest and non-linear approach to dance, she completed an MFA program at Sandberg Instituut where she developed her writing practice through poetry, narrative fiction, as well as performative installations. Through her work, she uses pseudo sci-fi short stories as a way of transgressing contemporary structures and relationships into alternative and playful constellations of new ways of living and loving. Aside from her artistic practice, she works as a dance critic, dramaturge, and performer. She also worked as a door host and stage manager for Amsterdam’s biggest clubs and techno parties. Her multiple occupations serve and inform one another to develop a critical and comprehensive voice.

During the residency period at MuseumsQuartier, the intention is to continue developing my latest work 7 μm / seven micrometers, II . This immersive site-specific installation explores space expansion and its malleability. A duet between a flexible structure and a body in a suggested environment, the work is proposed by initial parameters but also by its site-specific surroundings. How to deepen the concept of site-specificity on a practical but also symbolic level? The work is an on-going performative study on physicality and the narrative potential it contains. Inducing the viewers into a meditative state, this visual essay hopes to enable a space that allows individual storytelling to occur.
The performative work goes hand in hand with a written practice of short fictions and poems. These written explorations serve as generators for material works to manifest. Looking into how the works will resonate in Vienna, I aim to write a new series of texts which will be formed into a publication and simultaneously enrich the sculptural work.

During the residency period at MuseumsQuartier in January-February 2021, I continued developing my work 7 μm / seven micrometers, II . This immersive site-specific installation explores space expansion and its malleability. Having worked with a performer inside of the structure, I this time explored the relationship between two bodies and the plastic structure. The original format of the work is an ongoing performance, treating this format as a study on physicality, a work in constant creation.
It seeks to induce the potential viewers and the performers themselves into a meditative state, where a space that allows individual storytelling to occur opens.
The performative work goes hand in hand with a written practice of short fiction and poems. During the first month, I dove into the figure of the witch both in mythology and as the archetype treated throughout history in relation to women. The book by Silvia Federici, Witches, Witch-hunting, And Women was an important source of inspiration and reference to deepen my research. I specifically researched the role of story-telling as a tool for surviving oppressive systems and prosecutions as well as to achieve the exact opposite: fallaciously argument repression and criminalisation of women.
In the second month, my collaborator Arad Inbar joined me which took the research out of the theory into the more practical aspect of the work.
In the upcoming exhibition, I wish to re-stage my work with the added material I have accumulated since the residency. In fact, I since then have created three different iterations revolving around the sculptural proposition of the plastic cubes and refining the world-building around the objects and performers.