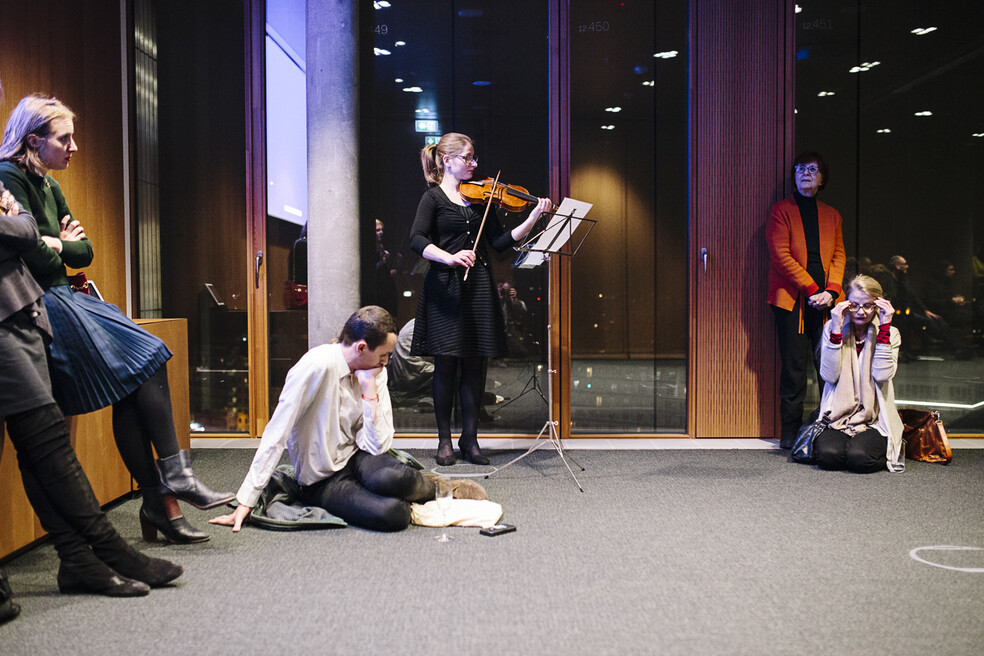 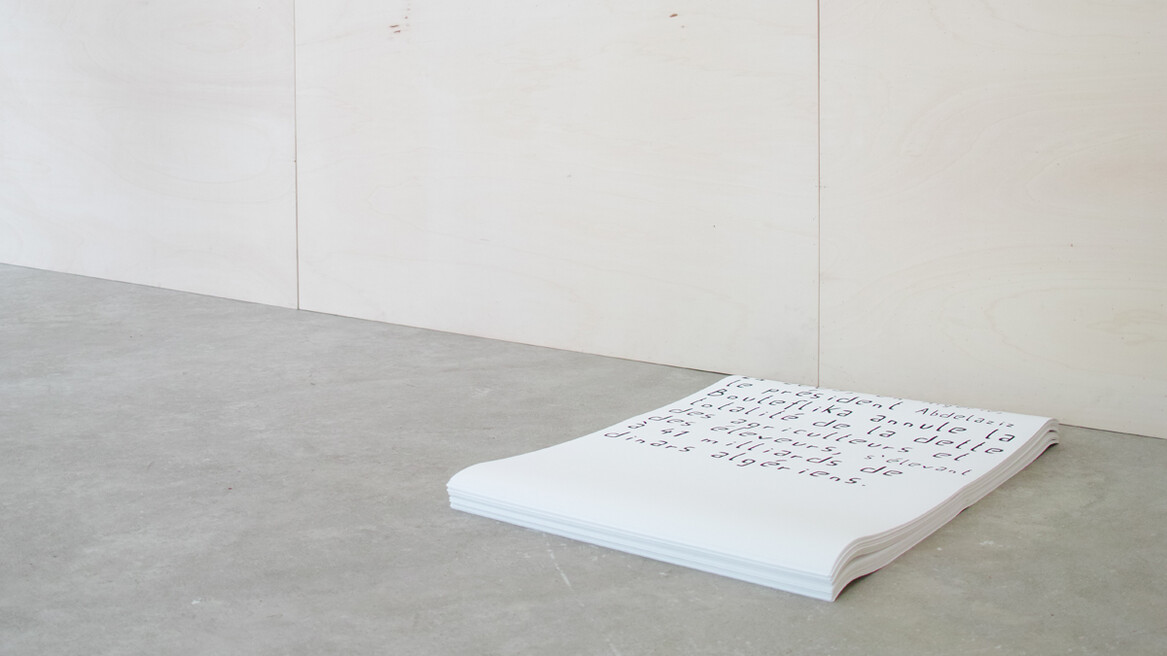 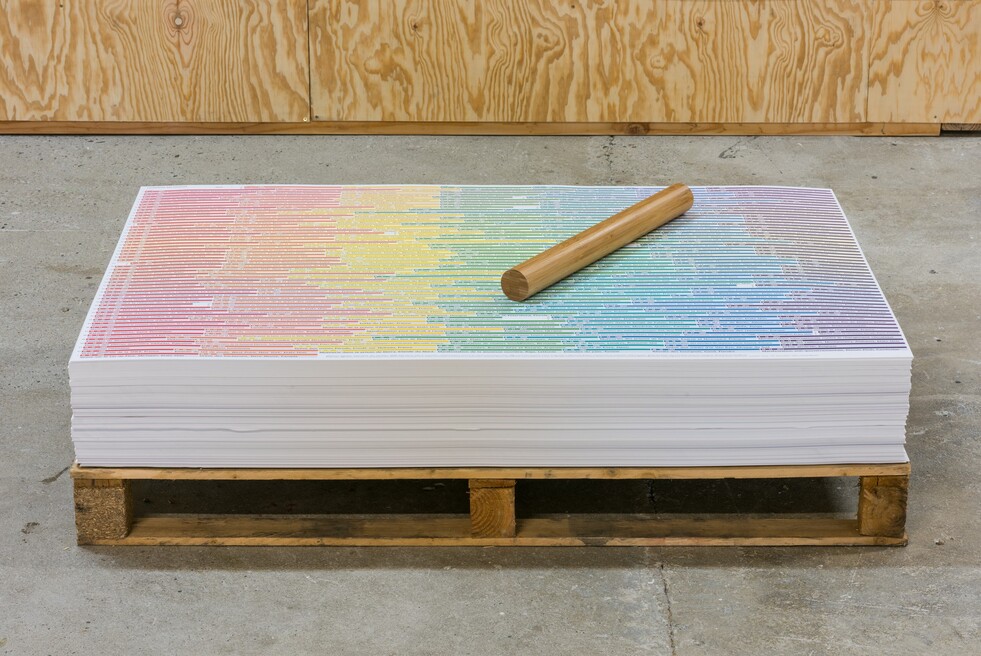 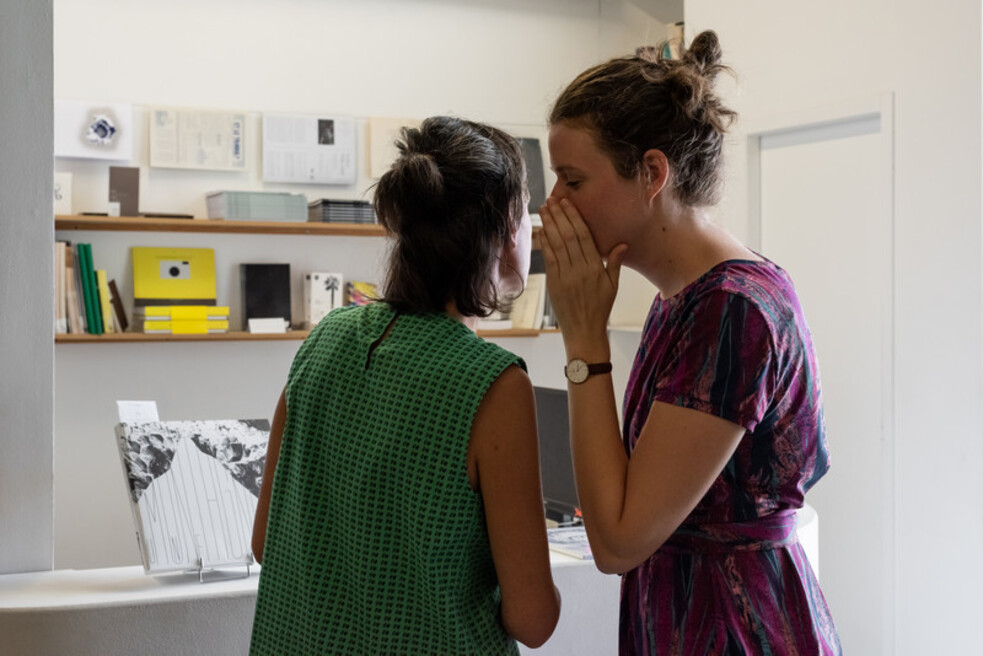 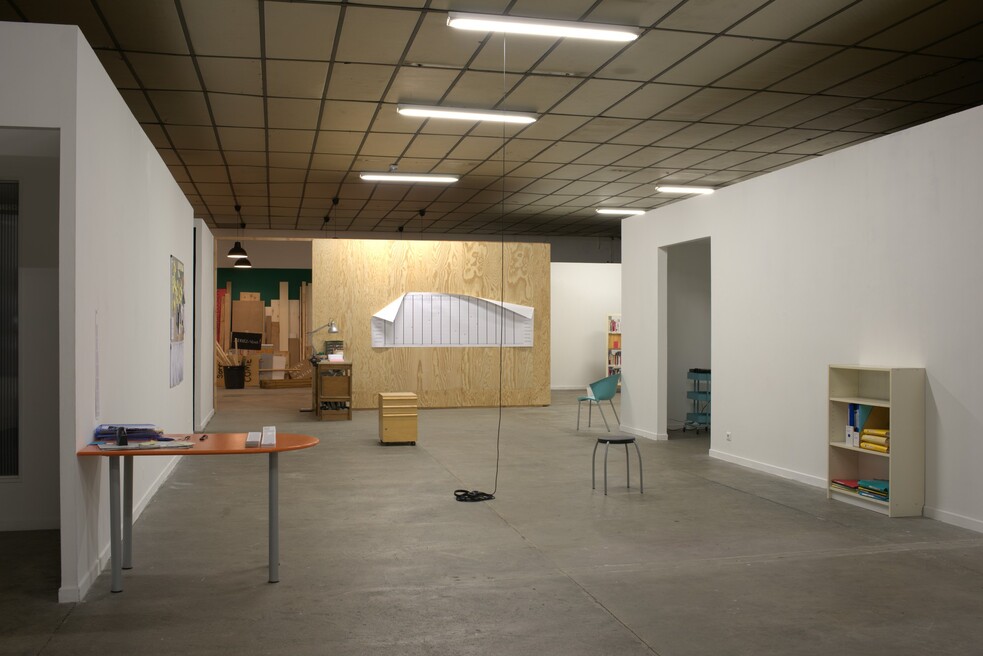 The project of this residency will consist of continuing and finalizing the work Economic Score - Der Canaletto-Blick, begun in Vienna in 2017. This project focuses on the relationship between art and economy, using the example of the artworks commissioned for the Kunst am Bau planned for the building of the imposing architectural complex of the headquarters of the Austrian bank ERSTE, inaugurated in 2017 in Vienna's Belvedere district. The first part of the project involved the creation of a conceptual score transposing the entire budget of this Kunst am Bau into solfegetic writing. In this way, The Economic Score project brings together two forms of writing and of visual representation, which seem to belong to separate spheres, but which nonetheless partake, each in their own way, in the history of Western rationality: the economic table and musical notation.

During this residency, I will be working on the recording of the silent part of the score and on an artist's book dealing with the economic and ideological determinisms that structure the cultural production device of this Kunst am Bau, but also, in a closer way, the relations between the economic and artistic strategies of the banking group at the initiative of this Kunst am Bau.

Concerning the recording, the instrumental part has already been recorded (by an Austrian string quartet), but an extremely important part of the score has yet to be produced: its silences. Indeed, if, in the score, the transactions give notes, all the confidential expenses included in the budget, and which therefore could not be communicated to me, are represented by silences. The latter occupy a particularly important place in this case. Now, as everyone knows it since John Cage, "there is not such a thing as silence", in other words, it is only the sensitive symptom of things that are silent or that escape our attention, but whose hidden presence is nonetheless decisive both structurally and functionally. These silences will be captured here in as many recordings made in the spaces of the Erste Campus where the various works commissioned for the Kunst am Bau are deployed, that is, the recording of the silence of the place, of the resonance specific to each of its spaces.

In addition, an artist book will take the form of a work focusing on the economic and artistic logics underlying the connection between the banking institution and contemporary art. This part will be carried out within the Kontakt archives. Through this research, the structure and the final form of the project will be elaborated, with the ambition to dialectically problematize the links that animate these logics. As Adorno rightly pointed out, the logic of fetishism defined by Marx does not only refer to a process that would be peculiar to capitalism, but is equally, though differently, found in the relation to works whose presumed nature would be supposed to represent an alternative to the former.