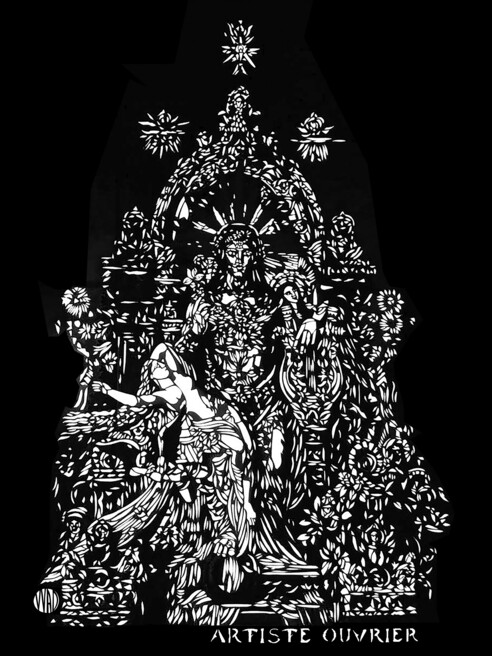 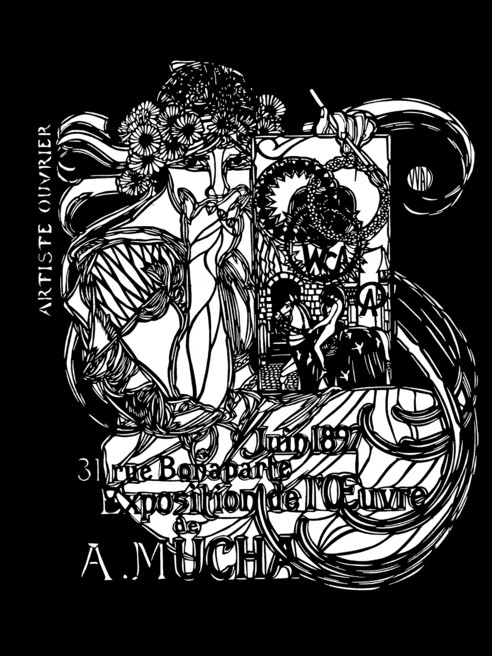 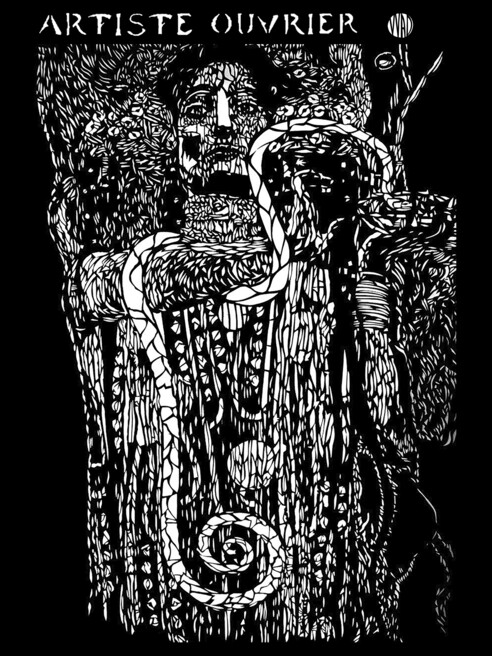 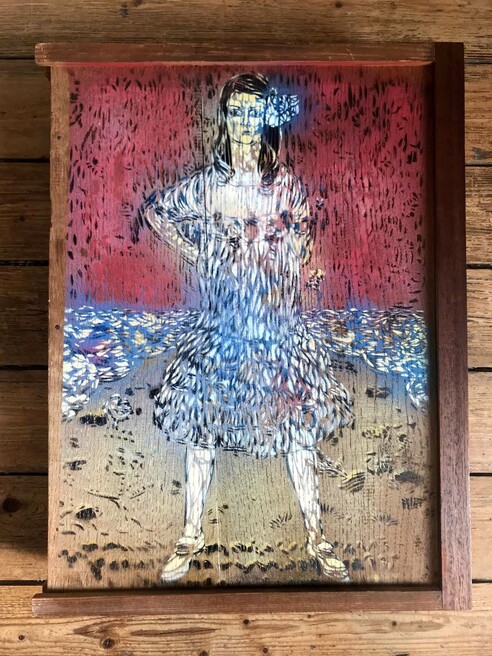 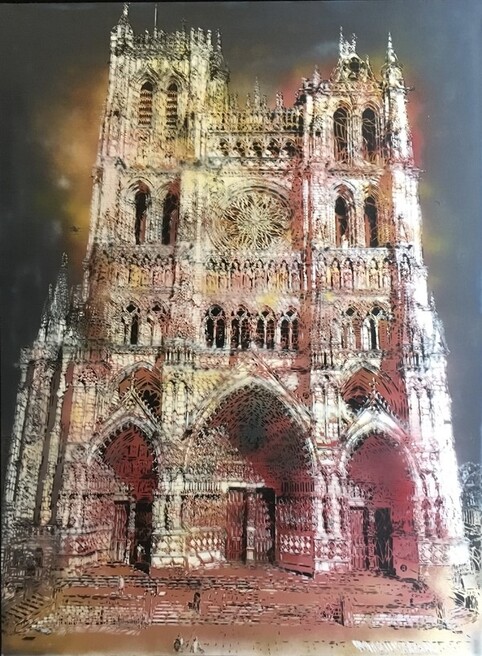 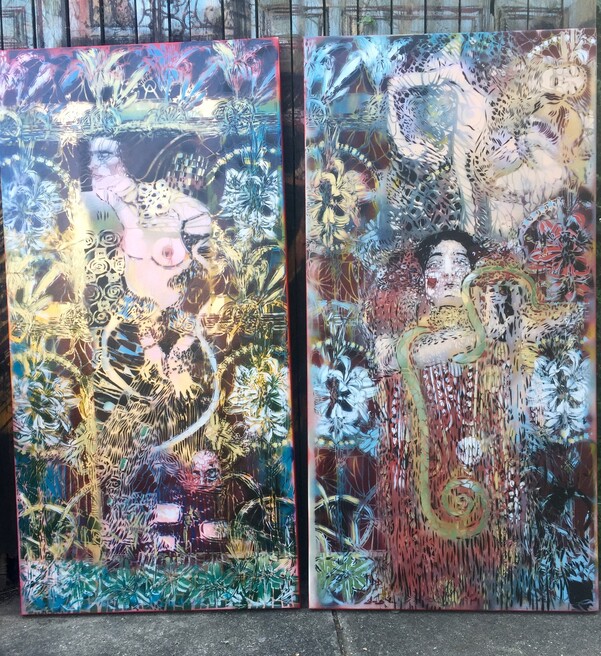 Regarded as the most talented stencil artist of his generation (according to the press), Artiste Ouvrier (AO) is an internationally acclaimed street artist with a career of over twenty years.
Born in 1972 as Pierre-Benoit Dumont, the Paris-based French street artist known as Artiste Ouvrier (AO) has swiftly moved in to being one of the top stencil artists in the world. He is widely recognized for his refined hand-sprayed stencil works, which contain a high level of details and its vibrant colors. He is very much influenced by the art of the 19th century, in particular Pre-Raphaelite painting and the Art Nouveau. Not only AO is a master of his art, but the French Artist also executes a variety of different media art and installations such as on wood and canvas. AO murals and stencils can be seen throughout the Internet as a very popular street art search trend.
Many movies and interviews are available. AO is a prolific street artist and has practiced his art in cities all over the world. His stencils may be seen in cities such as Paris, London, Barcelona, Naples, Berlin, Hambourg, Batumi, Tbilisi, Pondicherry, Bangkok, Takamatsu, and many more …
In addition to his street work - always legal or commissioned by municipalities or private corporations - AO also produces commercial artwork for galleries, commissioned work for private businesses such as stores or restaurants. AO has to date done a number of solo gallery shows to promote his work.
He takes part in several initiatives such as « Stencil Project » which gazers great figures of Parisian street artists like BLEK LE RAT or JEF AEROSOL. And in 2008 he is invited to perform at « Can’s Festival » in London by BANKSY himself.
AO is also often asked to participate to contemporary art shows, such as «Setouchi Triennale» in Japan (2016), «Batumi Street Art Festival » (2017) or «MuseumsQuartier Q21» in Vienna (2019).

A SCHOOL IS BORN

Founder of WCA, Free University of Stencil Art, he teaches his unique technique of « double » stencil making, using only 2 stencils versus 5 or 6, to a range of young artists; some of whom are now world widely recognized such as JANA & JS or newcomer ADEY.

It is also interesting to note that AO published classic poetry in his young age and wrote several theater plays which were produced all over France. In 2000 he wins the prize of « DEFI JEUNE » with his puppet show « Yabon Lala ». In 2002 the « SCAM » (Société civile des auteurs multimédia) rewarded him with its famous prize
for his screenplay « Addis Abeba Blues ».

More than 100 sheets of paper size A3 will be cut during the stay in Q21. These stencils are all about the work of Gustav Klimt.
I will paint on canvas from day one with another set of stencils that I am bringing with me.
After 21 days the installation will be finished and more than 30 canvases painted.
It will be a visual performance from the beginning where people will be able to see the full process and interact with me.
My point is to show something without trying to explain it.
Yet I will be available to answer all the questions in German and describe exactly my work in progress.
This installation will be a tribute to Gustav Klimt of course, who inspired my first stencil in 1993, but also to Ludwig Wittgenstein who inspired me to give up the theoretical approach and begin the practice of art.