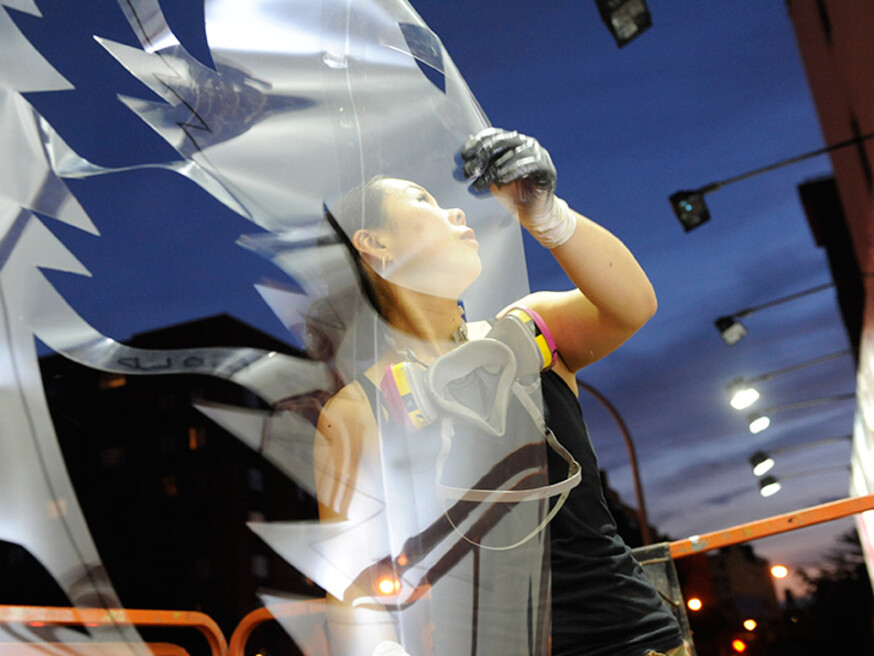 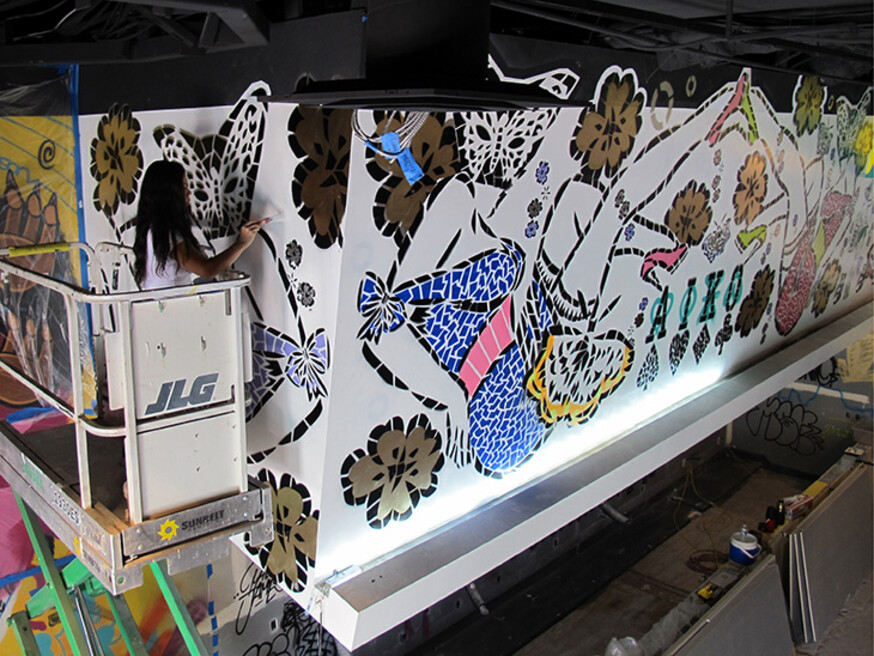 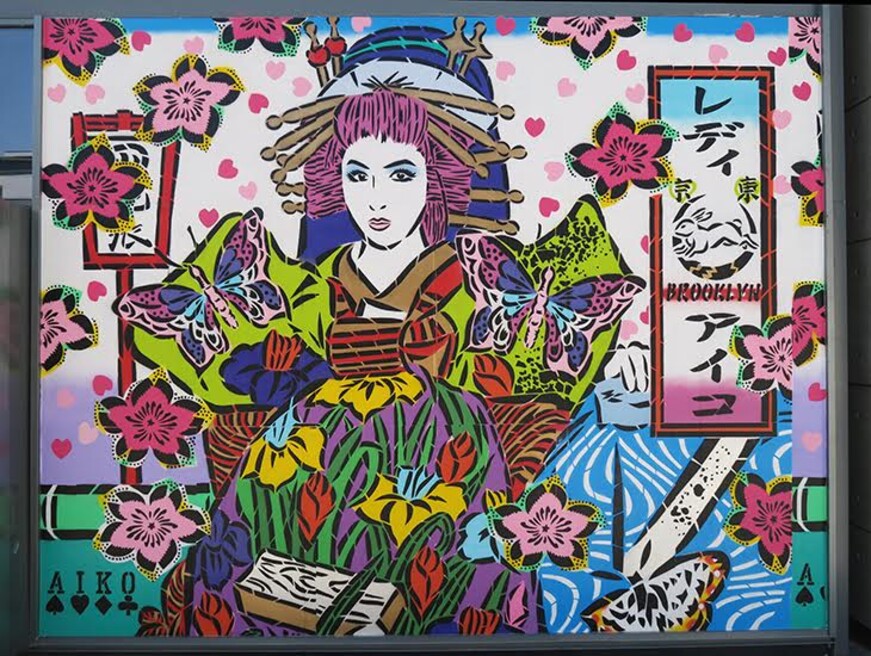 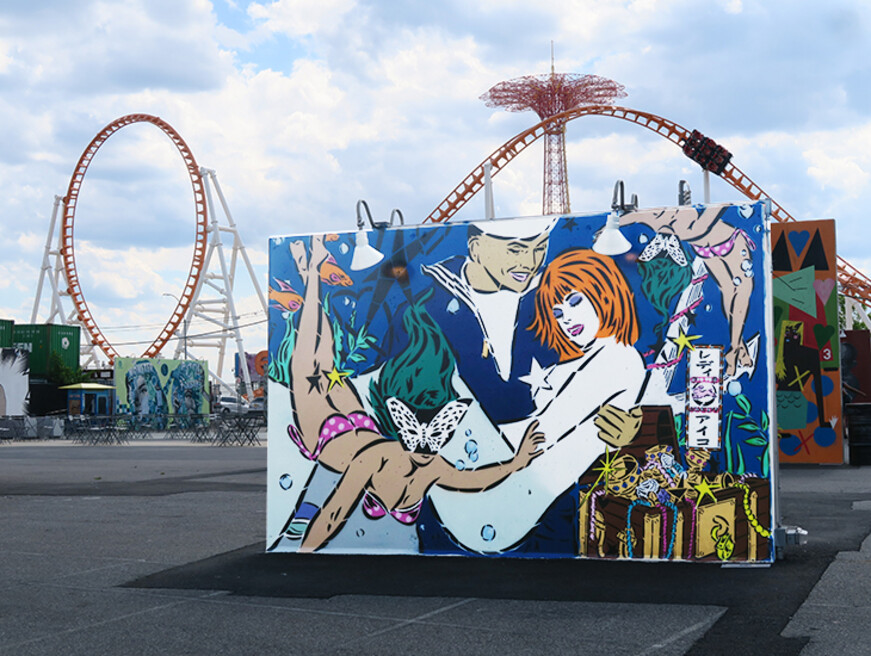 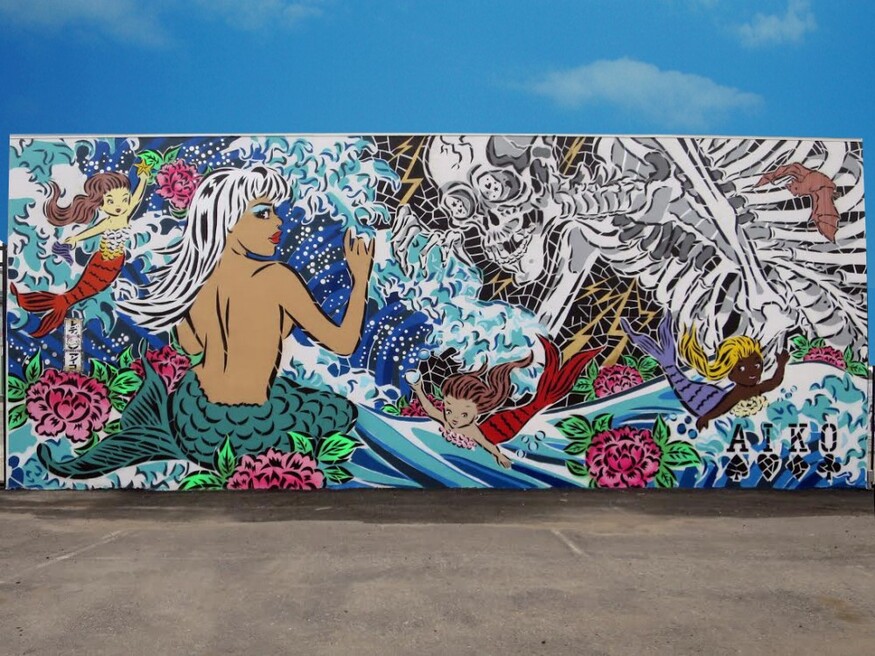 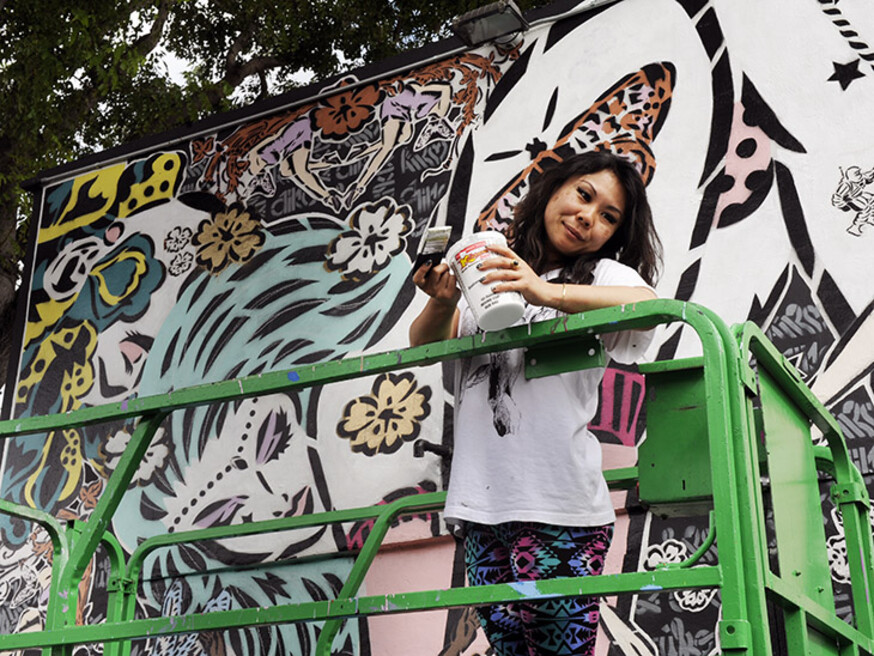 AIKO was born and raised in Tokyo before moving to New York City in the mid-90′s. Already creating art since a young age, her art career in NYC began when she started working for Takashi Murakami. She apprenticed in Murakami’s studio in Brooklyn and worked for him until the late 90′s going on to a direct a digital biography on the artist (“Superflat” 1998). AIKO continued to practice her own art and after leaving Murakami’s studio graduated from The New School University where she finished her MFA Media Studies and later met up with two American artists, the three of them would come to establish the group now known as FAILE. Creating work within the collective locally and abroad for a number of years, she moved on and established herself as Lady AIKO in 2006.

AIKO continues to create work in the studio as well as public space. She is acclaimed in the contemporary art world and well-respected within the international graffiti and street art scene.

Current Exhibitions are “BEYOND THE STREET” May 2018 in Los Angeles USA as well as the solo exhibitions “BUNNY IN THE HOUSE” at WALLWORKS Gallery NY Mar 2018, and “LADY  GO” April 2018 at Shizuoka City Tokaido Hiroshige Museum JAPAN.

She worked with Banksy on “Exit Through the Gift Shop” in 2010. Her large scale works indoors and outdoors are installed in many cities, including Miami’s Wynwood Walls in 2009, New York City’s Bowery Wall in 2013, and Coney Art Walls in 2015/2016/2017, all three curated by Jeffrey Deitch. AIKO has also been involved in a large collection of group shows, from “AnimamixBiennale” at Shanghai’s MoCA in 2009 to “Edo Pop” at Japan Society NYC in 2013, ‘Some Place Like Home” at Rumney Guggenheim Gallery NY in 2015 to her more recent solo show, “Sweet Heart” at The Outsiders Gallery in the UK in 2014.

Creating panels for #streetartpassage, painting a mural at Siebensterngasse, and a small exhibition at Jan Arnold Gallery.
Curated by @artis.love