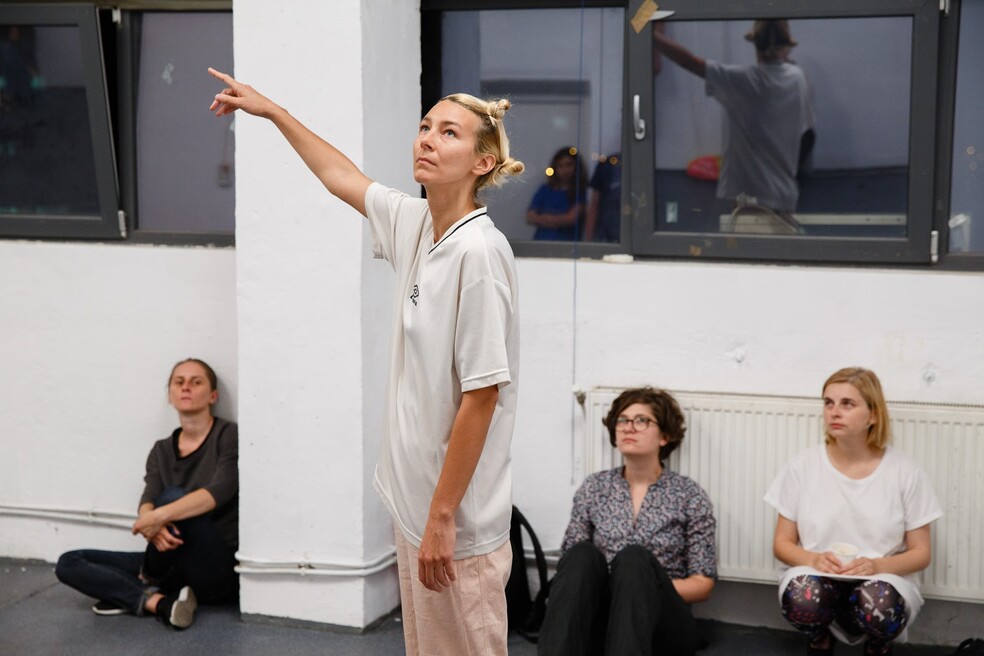 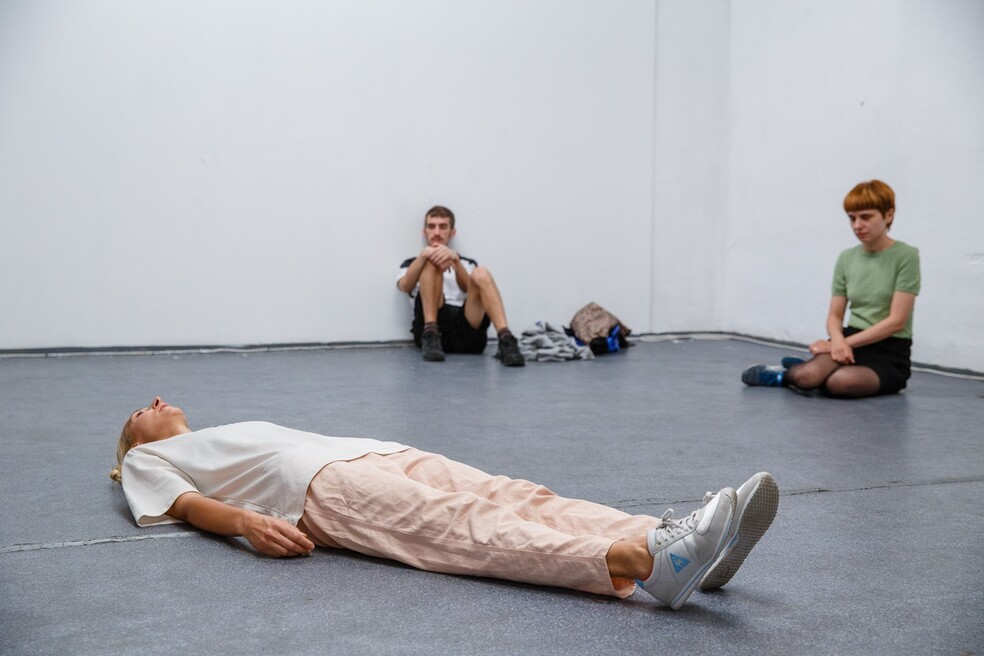 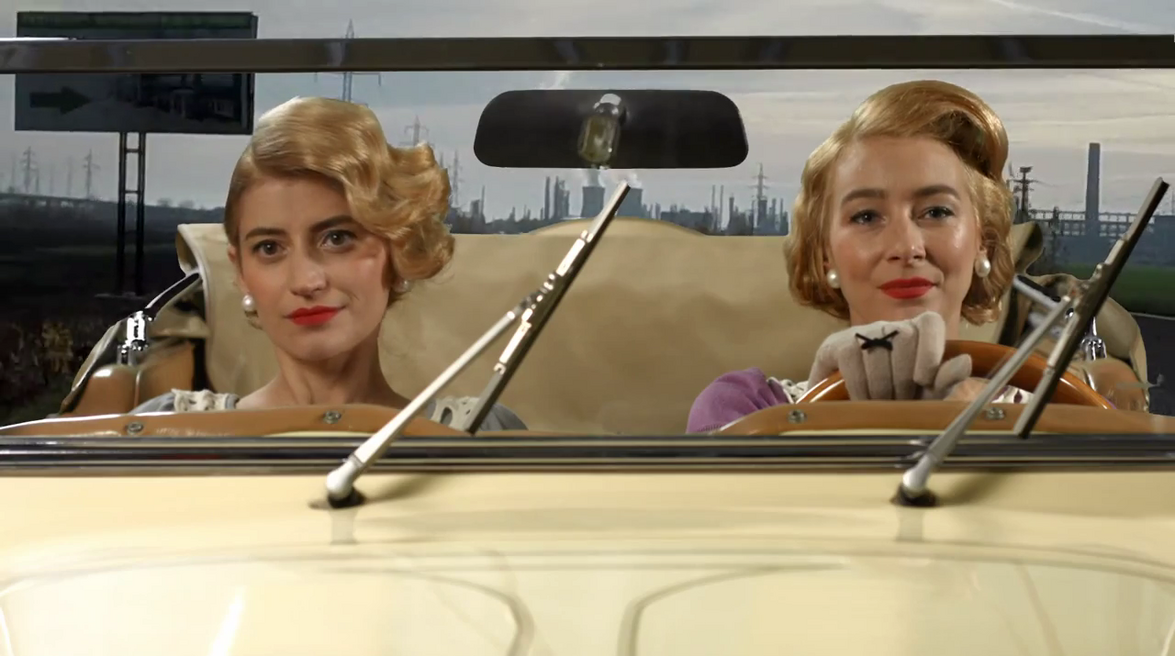 Alina Popa cares for a place from which it is possible to have artistic consequences, without a total break-up of life and art, of the politics of production and the politics of the product, of oneself as subjectivitity and oneself as performance, of the art piece and its framing. She thus found herself at the border between visual arts and performance, the white cube and the black box, writing and theory. She interrupts parties to give lectures, camouflages life in performances and performances in workshops, chants geometry as mystical meditation, writes SF as a documentary gesture, and will, at least once, intervene in a public discussion to talk about jaguars. She interested in art works as environments more than in individual works, in mediums with fuzzy borders and spatiotemporal ruses. She founded several "esthetic entities", The Bureau of Melodramatic Research, Unsorcery, Black Hyperbox, Bezna. With Florin Flueras she recently developed Artworlds - art works as artworlds. Her work was shown at Fap Sao Paulo, Times Museum Guangzhou, Pratt Manhattan Gallery NY, bak Utrecht, Wing Hong Kong, CCK Buenos Aires, Trafo Budapest, Martin Gropius Bau Berlin, Savvy Contemporary Berlin, MUMOK Vienna, Brut Vienna, DEPO Istanbul, PAF St Erme, CNDB Bucharest, MNAC Bucharest, Salonul de Proiecte Bucharest, Ujazdowski Castle Warsaw, Jardim Equatorial Sao Paulo, Fabrica de Pensule Cluj, Teatru-Spălătorie Chișinău, House of Drama Oslo, Het Bos Antwerp, Theater Rampe Stuttgart, etc.

Life Programing
What if the artwork is to offer life programming (and deprogramming) services to the audience, beyond the economy of lifestyle, that is without promoting a certain identity?
What if an artwork is not human performance but the artificially programmed human, or all the nonhuman serendipitous elements that have programmed her? Life Programming proposes a frame for recognizing, developing and observing the life practices, the gestures, ethical, political, economical, that directly, but more often indirectly, influence an artistic practice. These practices can be body-related, physically restrictive, absurd or repetitive activities, invented somatic methods, that reprogram eating, sleeping, dreaming, choreographies of reading, language-related, delivering lectures or ideas, of having conversations, of being together, of writing, digging into meta-language, inventing language, concept production. They can also be behavior-related, such as strategies of intervention, ways of positioning oneself within contexts, methods of display in visual art and methods of presenting performance, political, economic, ethical, such as choosing to work with restricted means, doing nothing, methods of time-division that stand against working after the Western clock, etc. All of these, assuming that they function according to a pre-established rule and with some pre-established regularity will definitely interact with the serendipities specific to anything so uncontrollable as life, such that new practices of breaking the rule, such as procrastination, laziness, and all types of new unpredictable glitches can emerge. And maybe the essence of life doesn't at all consist in the lived experience, as the philosopher Eugene Thacker observed, so that ‘nonexperience’ can also constitute a set of practices.
If every life is artificially constructed by cultural habits (how one eats, walks, sleeps, reacts to specific contexts, etc.) and economy's dictatorship over it (as Foucault explained, life itself has been economized, and for example even family programming has borrowed concepts from economy), we want this life to be reprogrammed, further artificialized, taken back by being taken further. Many aspects that form the basis of one's life form are taken for granted, it is inconceivable for a modern Western mind to perceive and think of them otherwise. For example, there are cultural differences in the perception of one's body, so it is questionable if the limits of my body are as I see them or extend further away in invisible space (some Amazonians think that mosquitoes are part of their body), or if the body is in the possession of my conscious self - the Melanesians from New Caledonia thought that the body is not theirs, and even if we think scientifically, the body is more bacteria than human DNA, more nonhuman than human, less I and more Other.
The habits already inscribed in the body have generated unconscious automatisms of movement, of thought, of behavior, of feeling. There is no way life be given back its raw quality - which is not-programmable, not-commodifiable - by simply isolating oneself or becoming “autonomous” or withdrawing in nature. The myth of Robinson Crusoe has already been deconstructed, since the life that he leads in isolation is the life of the culture and economy of his century, all his methods and way of thinking will lead back to the slavery of his time and the same relations of oppression. Robinson Crusoe ought to have worked to reprogram his life, and as we know, changing gestures changes also thinking. Unlike him, Life Programing works directly on the conditions, on the foundation, on what generates forms of art and thinking, on what conditions what, when and where a performance is, and what gives thoughts certain forms and directions.
Usually, of the other historical figures that have been converted to new ways of life, outside of modernity's reach, nonWestern or nonbourgeois, as is the case of some Jesuit missionaries in South America or the Russian writer Tolstoy, we know nothing - their new lives have exited official history. The practices of writers or artists or philosophers without which their work would maybe not be possible are invisible to the public eye. Life Programing is thus also a research on modes of documentation, notation, scores, writing, visualizing, or other immaterial modes of presentation that can give this artificial life a life among art forms in art history. The question of this project is under what form or what strategies can be used to make this ‘artificial life’ a life worth programming by the museums or even theaters, and a type of artwork that can change the very perception of where ‘liveness’ is and how it can be experienced. Using the individual interests of each of the artists involved, whose artistic practice either is voluntarily connected to the choreography of their life, in the case of those who have a new interest in these practices, Life Programing will produce these constructed lives, and present them in forms of scores, workshops, or in more conceptual, invisible form, for the public.