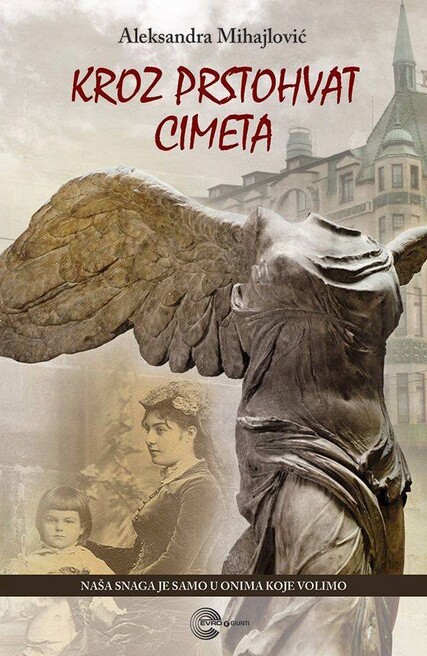 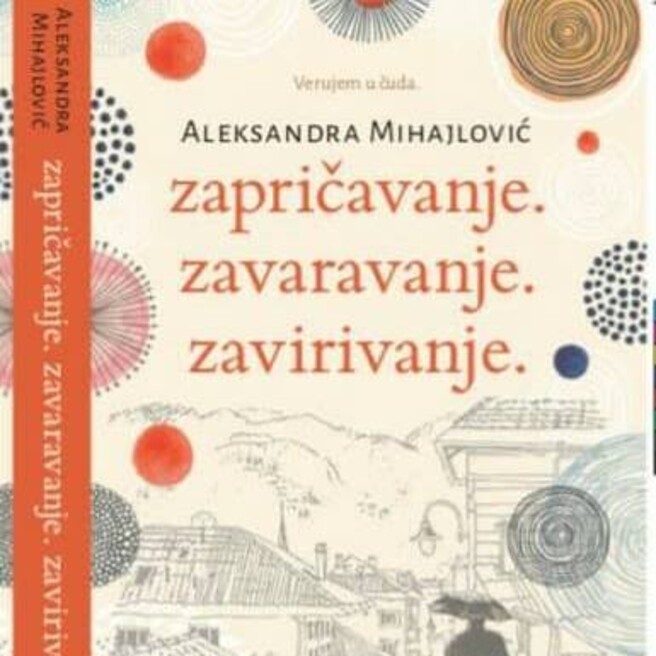 -A Lace and a Chance from Pag (The first literary colony in Pag, Croatia), in 2013

-Triumph of a wine song, Anthology of essays from a literary concurs about wine, 2013, (the poem 'Aleksandrovic' won a Special award)

-Anthology of poetry in honour of eight centuries of the monastery Mileseva, 2015

-The LEXICON OF CONTEMPORARY POETS OF THE REPUBLIC OF SERBIA, in Serbian and Arabic language, 2016

-I don't know what else could connect us, a quartet with Miodrag Jaksic, Vladimir Blagojevic and Jelena Ciric, 2016.

Her poems were translated into Macedonian, Arabic, Slovenian, Italian. They have been rewarded many times.

Literary colonies in the field of culture and education:

-  ' A short story - the bridge between a writer and contemporaneity'

- 'A Private Room for a Short Story'

Aleksandra Mihajlović is a member of the Society of writers of Serbia.

Andric said that ”an artist is a traveller with a forged passport”, I can add - always suspicios, and unadapted very often. You always need an appology for signing off, in order to enter the world  of your works which you are creating. That's why the separation is sometimes a necessity. Such an offer, which means a residential stay somewhere far away from home, is the best way of leaving the reality of every day life. And there is a constant gap between an artist and the society, which is filled up by these small worlds. Vienna, the city where I've been many times, offers both - an acces to contemporary world and also to the history. Staying in Vienna, you are at both places at the same time, and that's the strongest magic with which this city is courting to you all the time.

I am just thinking about my new novel, and about the turning point of its story. My phd thesis is almost complete. I am writing it at the Philology Faculty at the University of Belgrade. I am dealing with the international literature between the First and the Second World War, considering the works of Milka Zicina, an authoress who was born in Croatia in 1902, and died in Belgrade in 1984. She was living in Europe. She started her journeys in Vienna, where she met many famous people. She was sitting in the cafes with them, talking and writing her works. I would like that period of hers- in Vienna, to be the turning point of my fourth novel. The Viennese streets, museums, operas, restaurants and theatres- should all be the atmosphere which is going to dominate in my novel. Beside that, I am the descendant of the famous architect of Bauhaus, Selman Selmanagic who was my great grand uncle. He was a professor at the Technical University in Graz since 1970, and before that he had been teaching at the Berlin University of Architecture. His most famous work is the Stadium in Berlin. His biography, just like biography of Milka Zicina, is more something like an adventure or a spy novel, than the life of a man who left behind him some great works in the 20th century. I also want to study the biography of Selman Selmanagic, because he is going "to meet" Zicina in my novel. In Vienna. Selman Selmanagic - the architecture genius and Milka Zicina, an activist of the left political party, the founder of the mature feminist prose. Two strugglers for a different and better world.

And my biggest wish is to write my novel in Vienna. And to use German language every day, and to improve it, not only to read in German as I do now, but also to feel all the abundance of German syntax and vocabulary.