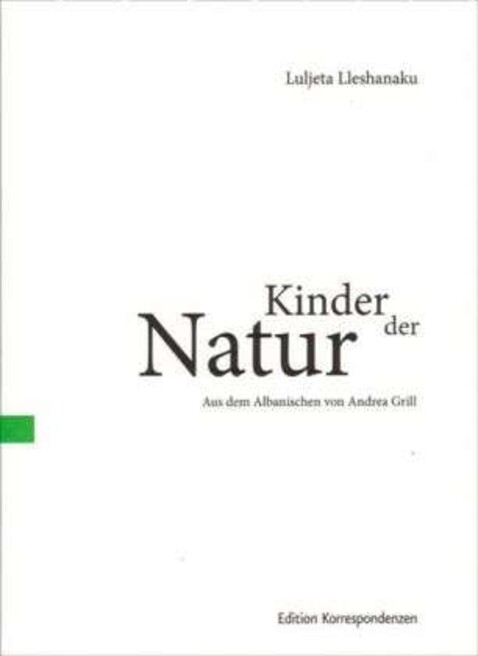 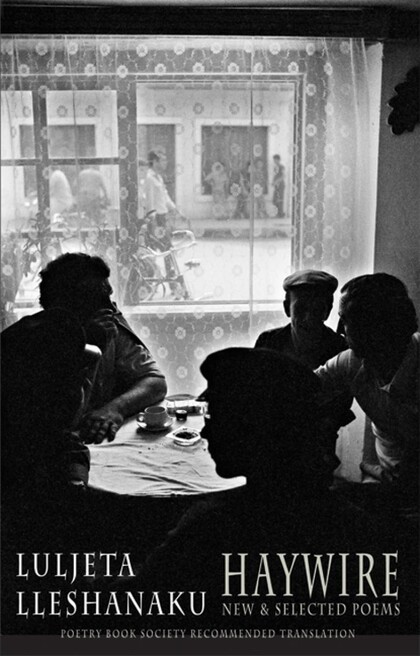 Luljeta Lleshanaku was born in Elbasan, Albania. She studied Albanian Philology and Literature at the University of Tirana and later she attended the MFA Program in Warren Wilson College, USA. She was a fellow of “International Writing Program”, University of Iowa, on 1999 and had a fellowship from the Black Mountain Institute at the University of Nevada, Las Vegas on 2008-2009.
She is the author of seven volumes of poetry in Albania and seven other volumes published in foreign languages, such as: Haywire; New and Selected Poems (Bloodaxe Books, London, 2011), Fresco (New Directions, USA, 2002), Child of nature (New Directions, USA, 2010), Kinder der Natur (Edition Korrespondenzen, Austria, 2010), Dzieci natury ( Stowo / Terytoria Obraz, Poland, 2011), Antipastorale (LietoColle, Italy 2006), Lundo en sep Tago (Esperanto, Poland, 2013), Ponedjeljak u sedam dana (Versopolis edicija, Zagreb, 2015). A new poetry collection “Pondelok v Siedmich Dňoch" is coming out soon in Slovakian by Občianske Združenie VLNA and another new poetry collection is coming out in Spanish by Asociación Cultural Olifante.
She is the winner of the international award "Crystal Vilenice 2009", "Silver Pen 2000" award from Ministry of Culture of Albania, "Author of the Year" award from the Book Fair of Tirana, 2013, "Kult 2013" award and the winner of the Book Fair of Prishtina 2013, etc.
She was a finalist for the "The Corneliu M Popescu Prize 2013" award in the UK; 2011 finalist BTBA (Best Translated Book Award) in the USA. With her Polish publication, she was nominated for the international award “The European Poet of Freedom”, in Gdansk, Poland, on 2012.
She initiated several multimedia projects and from three years she is the director of the project “SABBAT- series of workshops in creative writing”, supported by the Ministry of Culture of Albania.

“A GATE INTO THE WORLD” – New poetry collection inspired by the photographs, artifacts and testimonies about the emigration drama.
With this project, I started somehow two years ago. And it came as a wonderment about old photographs: why were those old photos, shot eighty years ago, with a very simple and slow ‘Daguerre’ camera, so special, so unique? I was amazed by the facial expressions of the individuals, of their original and spontaneous sights, gestures—very real, insightful, vivid and different from one to another. It seemed to me that it was exactly the long time pose in front of the camera, for about 15 minutes or more, which made them failing to improvise (smile!) or to manipulate their look and mood; they gradually lost the connection with the photographer, such as their inner true self surfaced. All those characters who posed in those photographs were very intriguing to me; then I imagined in a fictional way the life beyond them, their individual background, their common history. So I started to write a group of poems based exactly on such photographs. That’s why I initially called this project “The darkroom”—as the room of film development, an old fashioned symbol of photographs. During the process, I suddenly got in contact with the work of an Italian photographer, Pietro Morelli, who generously offered me his album of actual photographs from Sicily. His photographs were human portraits, mostly of old people in their particular psychical and psychological environment, not yet assimilated by globalism. These photos were intriguing as much as familiar to me; even though I never lived in Sicily, I am Mediterranean, and there is a lot in common between Mediterranean cultures. But at the same time, I had to do a lot of research about Sicily. Encouraged by a few details showed in the photographs, I could create life from them, my own story, through discovering the poetical power of the instantaneous: that human expressivity contained within a single body posture. And I already wrote and published such an album of portrait-poems in my last book. Since this concept seemed to work, I went on with it. And when I was going deeper and deeper to my photo-research, I got in touch with Ellis Island emigration records, documents, photographs, testimonies, artifacts--which was really a breathtaking experience. From such a time distance, it looked like being inside a museum of ghosts. And more…there were those private objects such as birth certificates, certificates of marriage in the ships, surviving experiences in the ships, quarantines of Ellis Island, back-deportations of persons as “unsuited” for infective or mental diseases, which really provided me with the new chapter’s idea: the Ellis Island poems, or “Welcome to Ellis Island!”. Since the drama of emigration is more than actual and as such sensitive too, I decided this area will be the main topic of the other collection of poems, which I temporarily call: “A gate into the world”. This collection will not be limited on the Ellis Island records only, but on different moments of emigration everywhere in the world. My country Albania was touched by a late and very painful emigration too, the exodus of 1991, when during a single week 220.000 refugees did a very dangerous trip in ships which landed in Italy..
This book, however, is not primarily about photos, and their quality is not my main concern. I think the reader’s imagination would be twice provoked when poems refer to objects and concrete objects and gestures, they are so familiar with.
Another aesthetic difference in this project is the perspective I choose: I am trying to describe the characters through their own perspective, mentality, perception, knowledge. Although I employ the third-person narration, I still am trying to build their own narrative, the story according to them, their way of reflecting and speaking about themselves. So while proverbs, common local expressions and conversational style are widely employed, the narrative is intentionally simplified (less figurations in general). With this choice, very similar to a movie plot, I hope to succeed in creating vital voices, fresh, with an unconventional and unpredicted course. Over all, my intention is not to offer something exotic but to show the human resistance against misfortune, poverty, isolation, political pressure, assimilation, gender vulnerability, etc.
An art residence in the city of Vienna would provide me with the time and space away from my usual environment and obligations. It provides the time of reflection, research, and production in such a project. It also allows me to explore my practice within another culture community; meeting new people, using new materials, experiencing life in a new location.

My experience in Vienna as a Q21 Writer-in-Residence during February 2017, was one of the most productive ones. Concretely, I was working on a new collection of poems which were inspired by photographs and historical documentation, focused especially on the immigration topic. Primarily, I got in touch with Ellis Island emigration records, documents, photographs, testimonies, artifacts--which was really a breathtaking information. Then I enlarged the research area, as immigration in different places and different time. And more, I got in touch with private objects such as birth certificates, diaries, surviving experiences in the ships and borders, quarantines, back- deportations of persons as “unsuited” for infective or mental diseases, or political inconveniences, which really provided me with the anthropological elements and details, very important for a vivid poetry imagination. Since the drama of immigration is actual and so as sensitive, I decided to work on a new collection of poetry which I temporarily called “A gate into the world”.

I started this project months ago. I did a research on the topic, but this project took shape during this residence in Vienna, where I was offered the time and the private space to focus on my work.

And the most important thing about this residence was that Vienna was a very inspiring environment, which influenced directly or indirectly my creativity. I had the chance to visit a lot of museums, such as: Leopold Museum, MUMOC, Museum of Applied Arts, Academy of Fine Arts, Jüdisches Museum Wien, Natural History Museum, etc. I had a lot of opportinities to visit exhibitions organised by Q21 program and more. Even only living in the Museumsquartier area, was a real privilege.

On the other side, Vienna is a crossroad of cultures, an immigrant-friendly city. When you walk in the streets of the city, you hear people talking in diferent languages and behaving differently; most of them are emigrants who escaped years ago from the totalitarian regimes of Eastern Europe, and some others are Middle East citizens who escaped from the wars or economic pressures. Observing them and communicating with them, was another advantage as a visiting writer in Vienna.