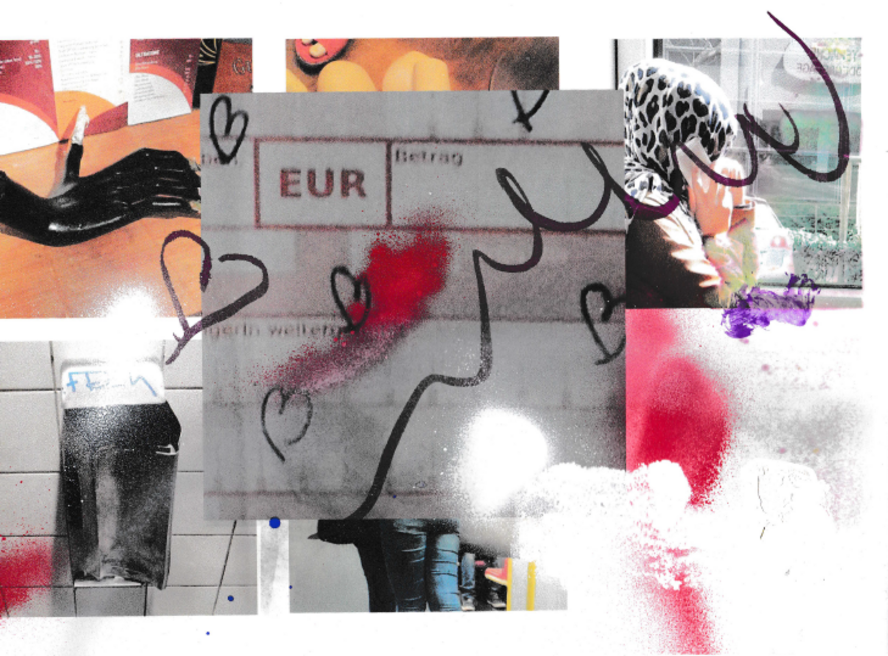 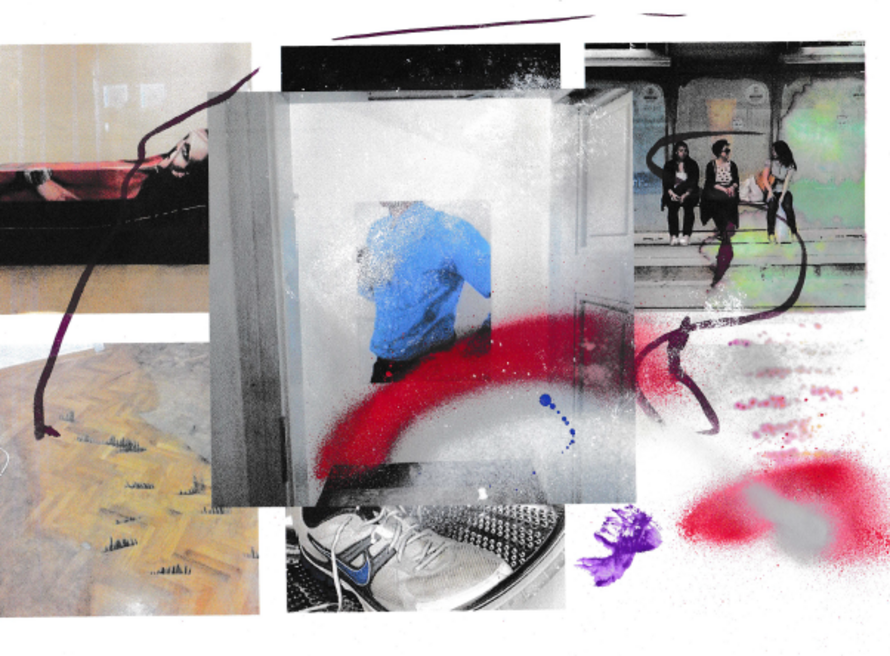 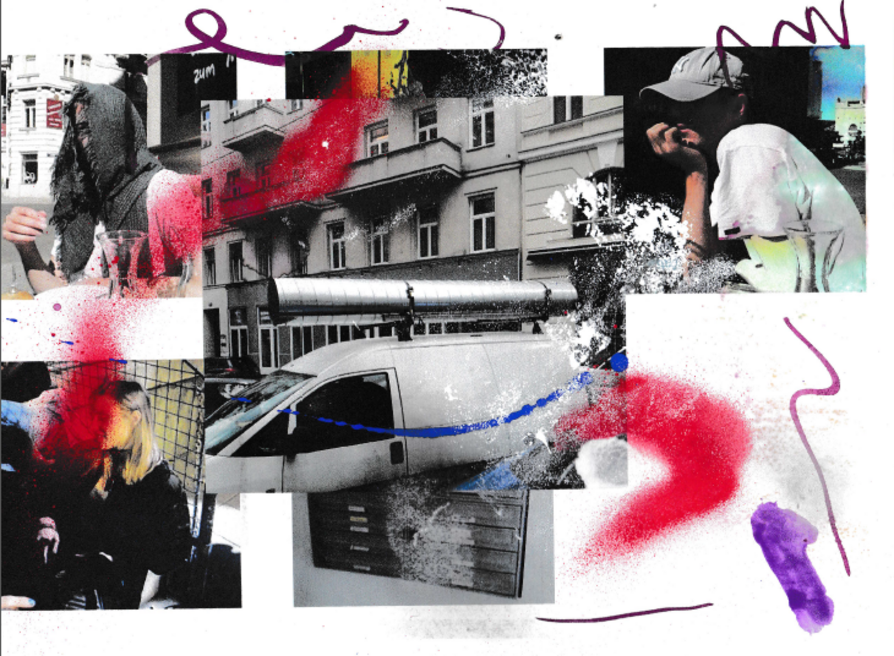 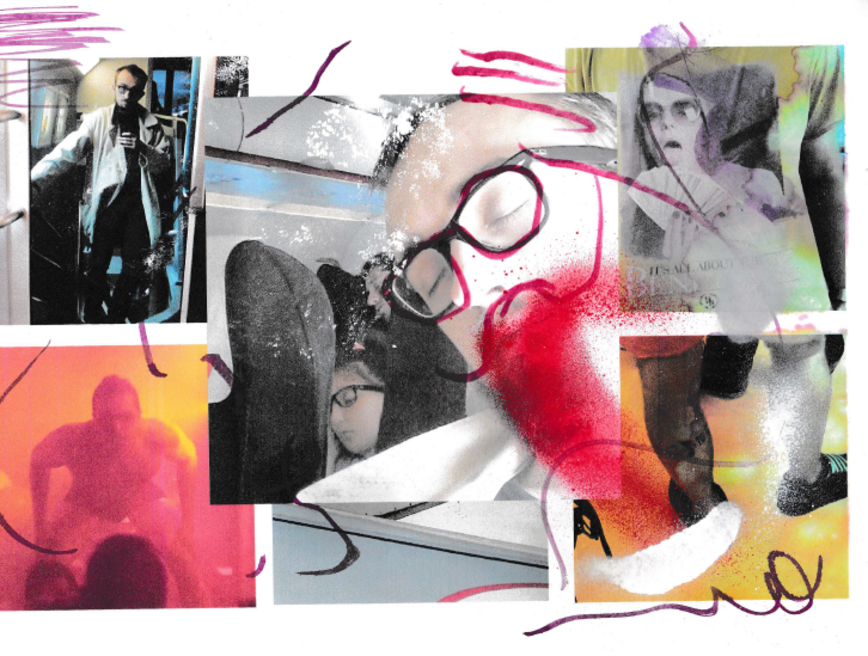 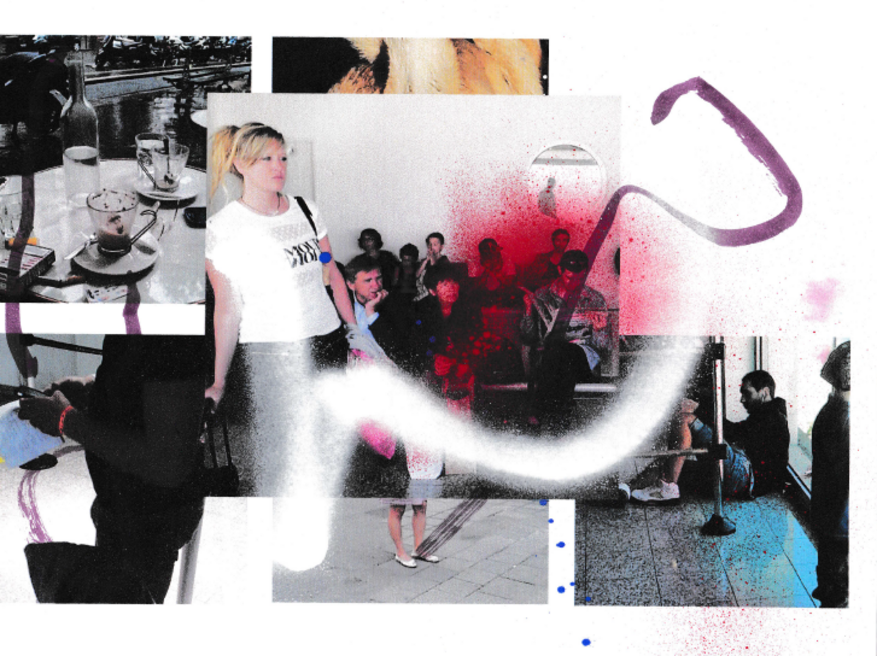 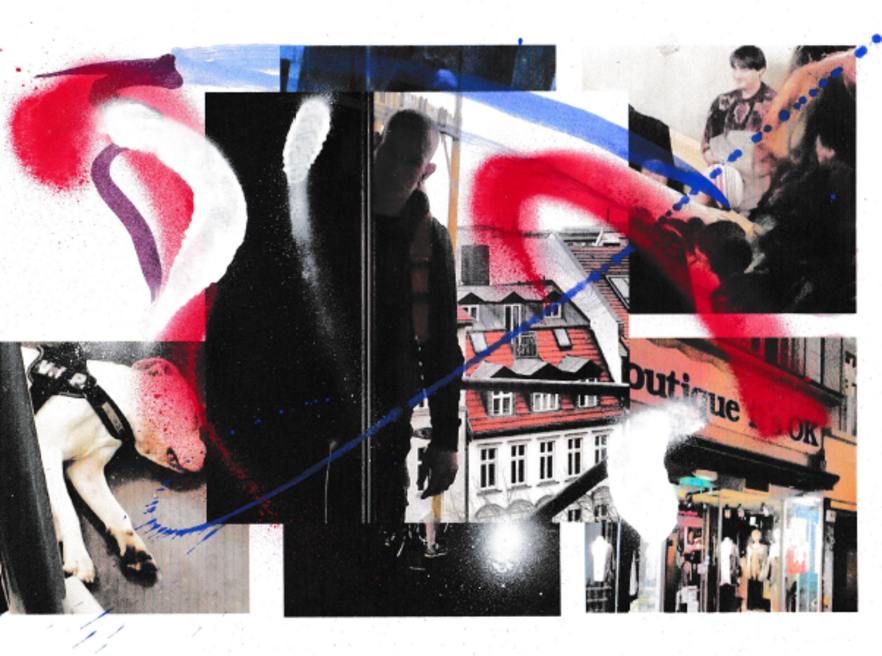 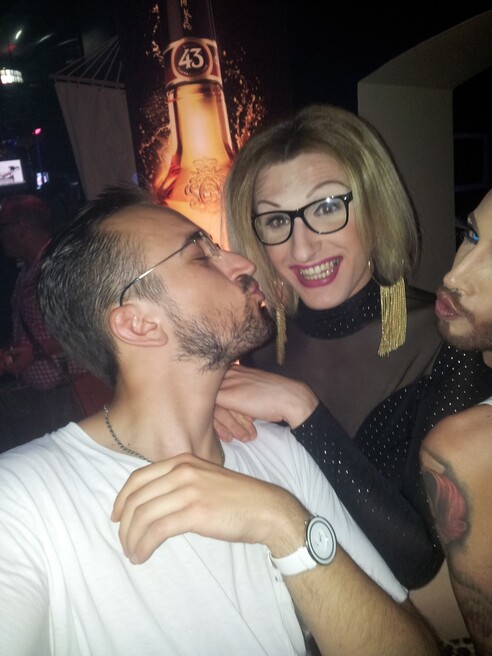 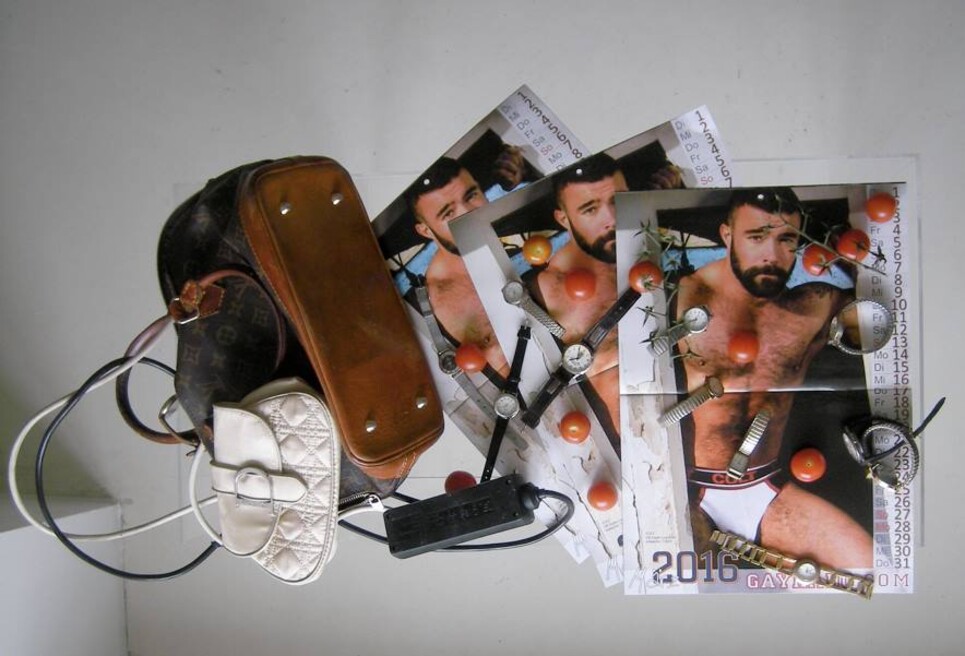 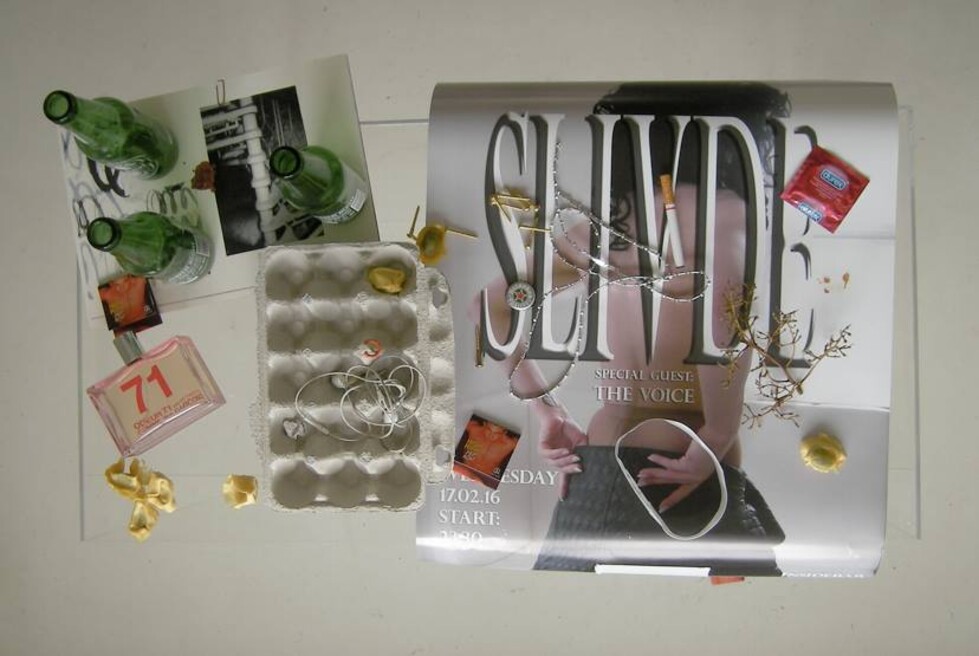 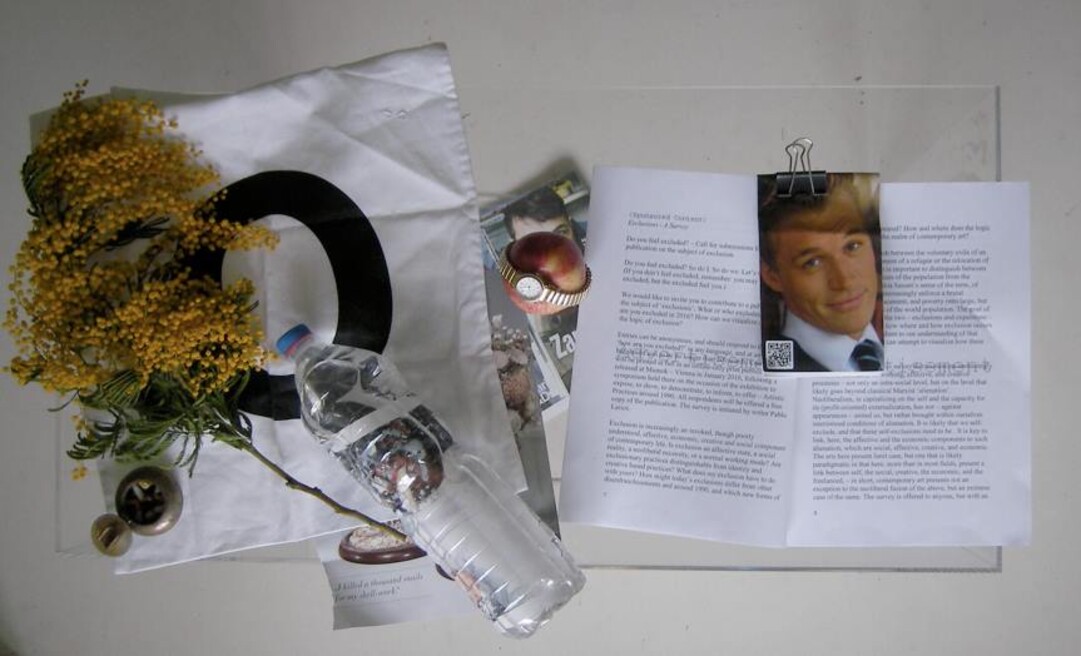 lives and works between Tegernsee Planina Gornja Vienna and Berlin.

I was invited by Bogomir Doringer to research on my work for the show Ajnhajtclub in july 2016. My stay at MQ was super productive.
I had the privilege to stay in an amazing studio viewing to the Volkstheater. I was researching about the movements of guestworkers. So most of the time i used the space to think about the work. I went often to the main bus station from Vienna, where people travel mostly to yugoslavia. Observing their luggage and inhaling the spirit there. Not really cause of the colonialization more to remember when i used to travel to croatia with the bus. However i also had a solo exhibition at Jupiter Woods. Vienna Depedendance,  now known as cordova gallery run. I was showing various bags i got from my mom that she got from her former Boss. All the bags had a typical "yugoslavian" chic. What i mean like she got them from a authority. Because she didn't needed them anymore. I loved them and made a work out of it. called it Opportunism. Besides that i organized two parties in Vienna in my favorite gay bar inside. When i was living in Vienna i used to do parties and screen slideshows there. I also developed a work there that I was also showing at my solo show. A bag of rotten apples with watches dripping into a fake louis vuitton bag. I also made a series of photographs that been focusing particularly on the gesture. The work at Ajnhajtclub included two tables with several "thrown" items like soccer-fan paper cups frames. Photography is a useful medium to capture some compositions in a productive way. On the picture you can see basically everything.  I was totally in love with a gay nudemodel named "Brian Meyer" He´s a dj and interested in philosophy. And i was obsessed with mimosas. Nevertheless i had a fantastic time in Vienna. Met all people i cared about and contributed an amazing piece to Bogomirs show. Thank you