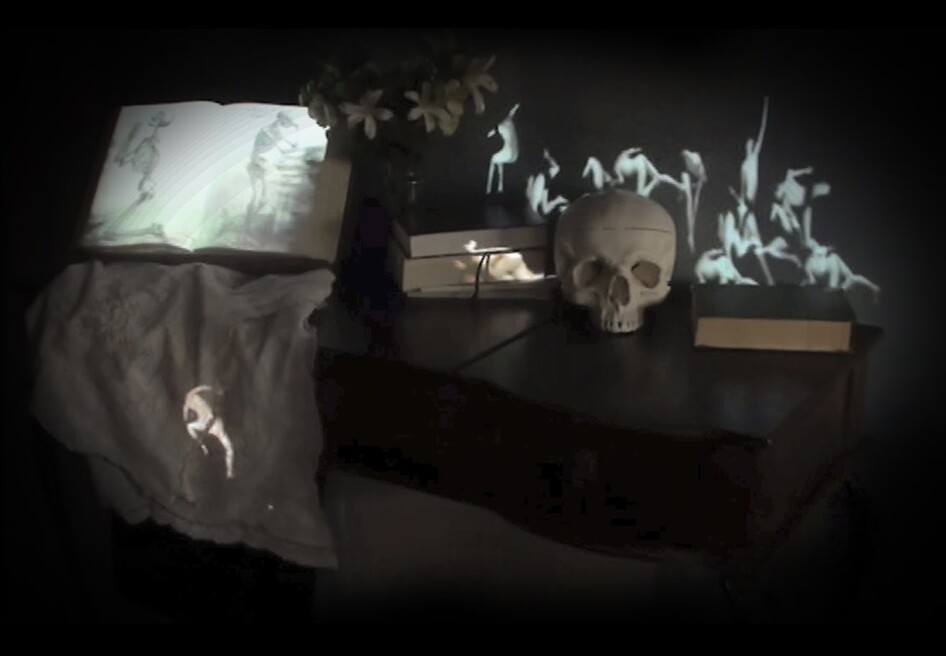 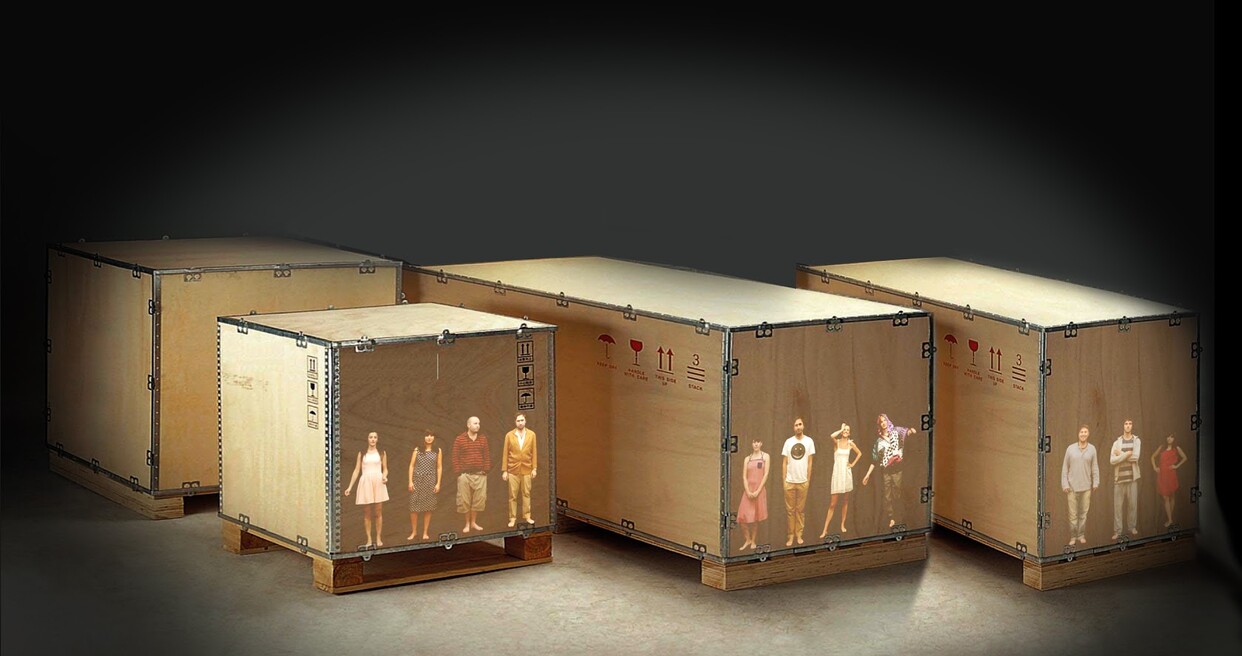 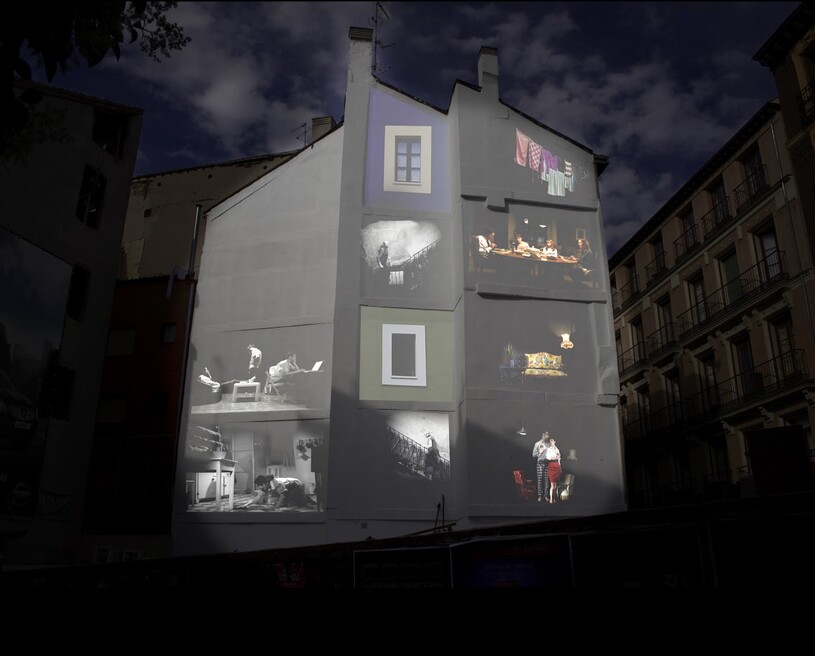 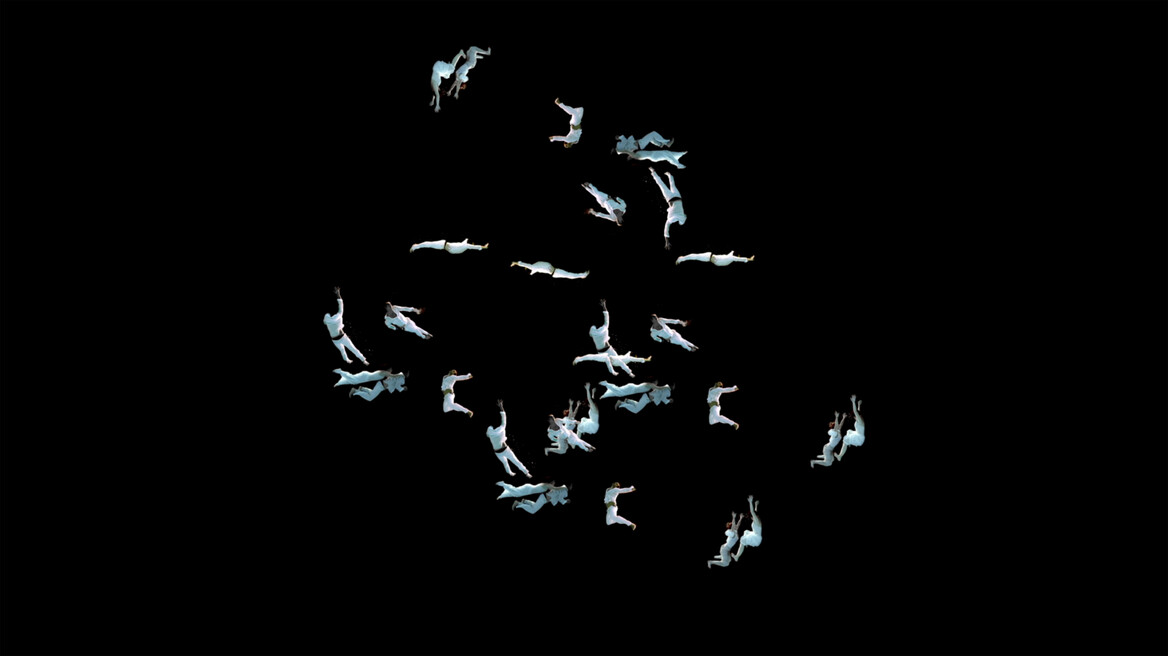 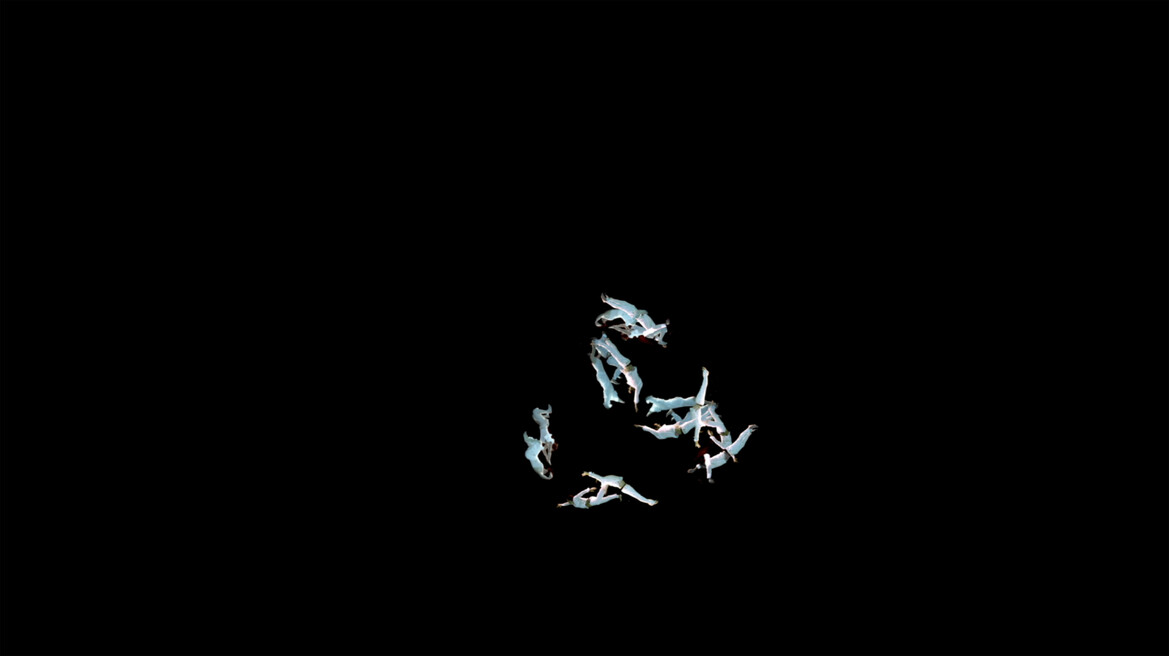 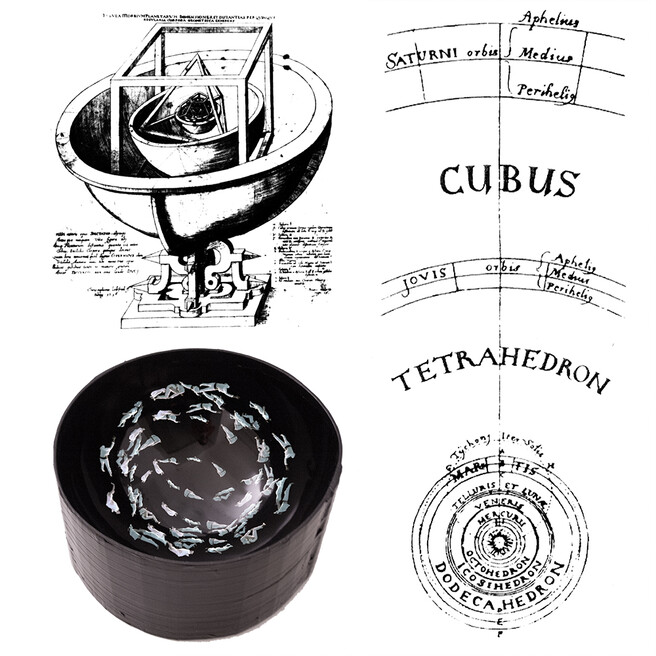 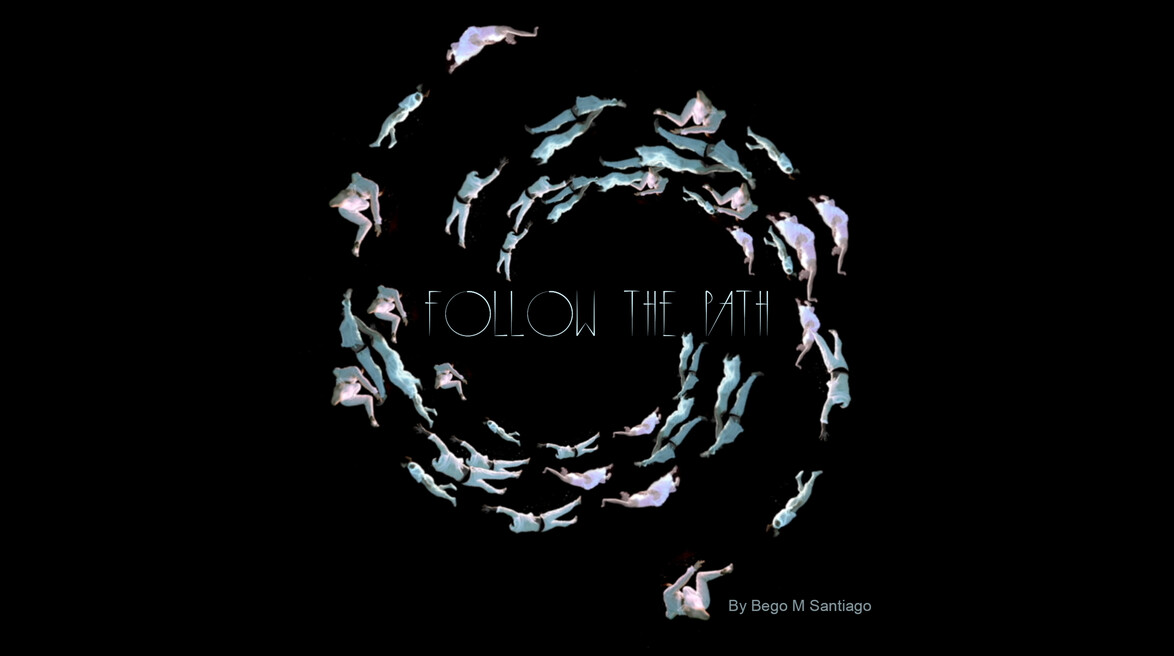 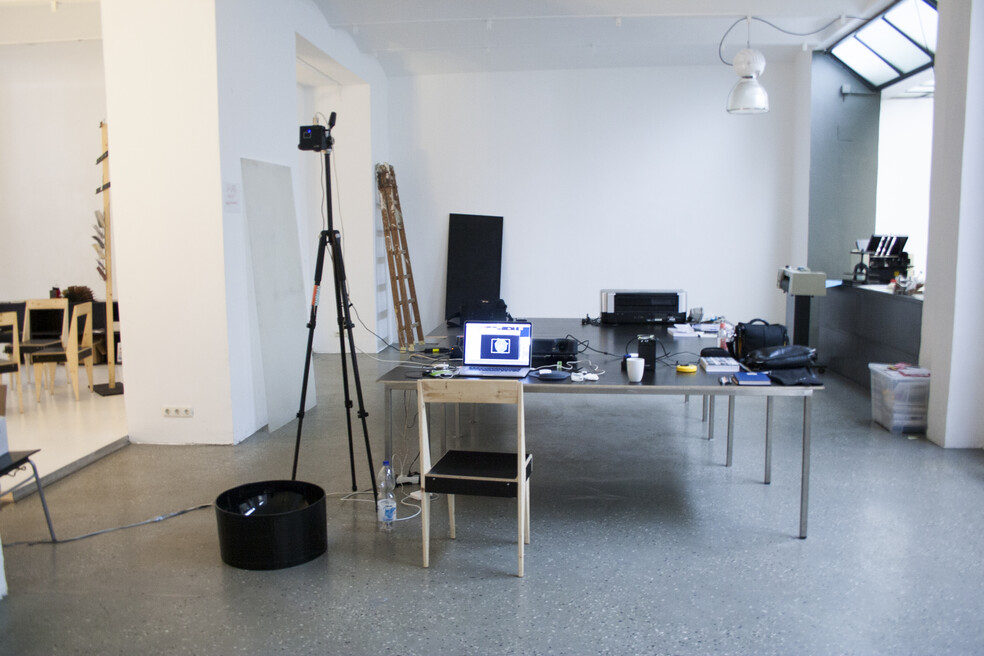 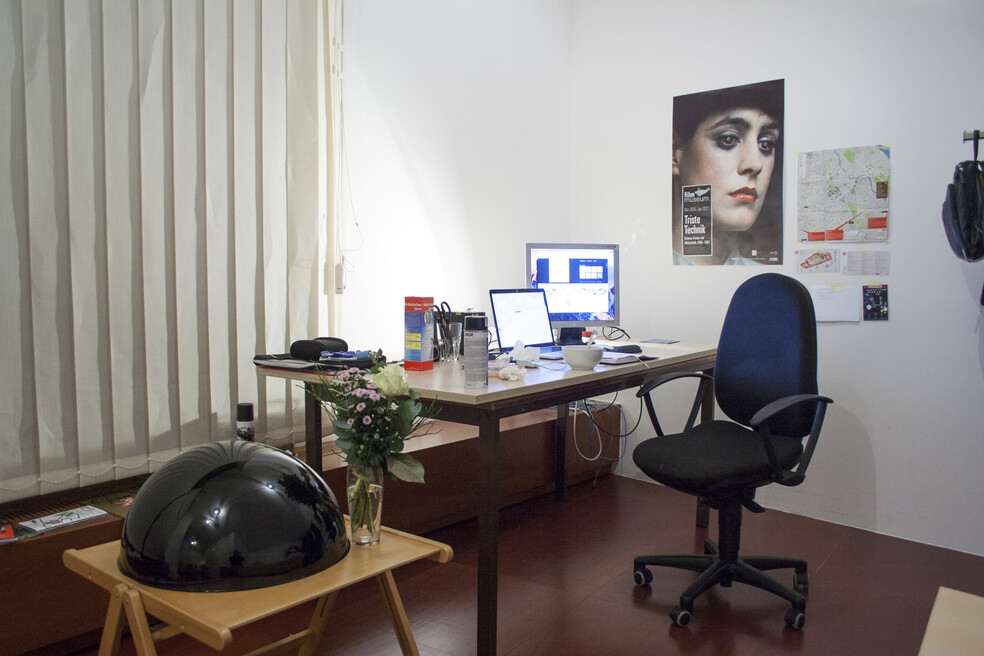 Santiago de Compostela (Spain) on 18 February 1980.
Graduate in Visual Arts In 2006 and Postgraduate Digital Media Art in 2007.
In 2010 she moved to Prague to work as a invited teacher at t Academy of Arts, Architecture and Design in Prague. Since 2013 she lives in Berlin where collaborated with HTW, MEDIENWERKSTATT BBK and TAMSCHICK MEDIA SPACE.
She has his first international exhibition in 2005. “ VideoDictionary” with Antoni Muntadas, Alicia Framis and many others and it could be seen in “MACBA” (Spain), “Island Art Film and Video Festival 05” London, (UK), “Impakt Festival” , Utrecht, Netherlands,“Festival Image-Forum” (Japan). She has exhibitions and art residencies MEETFACTORY and National Gallery of Prague, Czech Republic, Mapping Festival 2010 - Swiss, LaptopRuss - Reina Sofia Museum and Matadero , Spain, Munich Contempo Germany, Patchlab Kraków, Poland and FILE - Electronic Language International Festival

FOLLOW THE PATH is a Video installation where a small swimmers crowd is projected over water. The crowd pass from chaotic movements to complex network structure. The artwork explores the trigger between individuals and collective behaviors and how emotional contagion, as mood swing, created our social networks.
A civilization involves fixed rules, discipline, a passing from the instinctive to the rational state. When the social structure breaks the mass movements generate new social forms in and eternal circle of creative destruction.
By the mere fact integrated into a crowd , the individual can have a extreme or rapid change in mood. There is emotional contagion or imitation, a kind of underground communication. This underground communication explain by Richard Dawkins' in 1976 as a meme, "an idea, behavior, or style that spreads from person to person within a culture". A meme acts as a unit for carrying cultural ideas, symbols, or practices that can be transmitted from one mind to another through writing, speech, gestures, rituals, or other imitable phenomena with a mimicked theme.
The mass is not so much a reality but a projection or social program, a form of that society to project the future under the idea of mass. A mood swing in the mass can play an important part in promoting problem solving and in producing flexible forward planning. As the Memes, Mass Moods that replicate most effectively enjoy more success, and some may replicate effectively even when they prove to be detrimental to the welfare of their hosts.

During the residency program, I’ve been working on my new video installation FOLLOW THE PATH for the Frei_Raum exhibition “MOOD SWINGS Über Stimmungspolitiken, Sentiment Data, Market Sentiments und andere Sentiment Agencies” that will take place from 31.03. till 28.05.2017, curated by Sabine Winkler.
In studio located at the top of MuseumsQuartier, I was able to work on the animations for the installation and build a water tank prototype as a video projection screen. I was also able to meet several times with Sabine Winkler and coordinate with her and Frei_Raum´s technicians the details for the exhibition set up.
In my free time I was able to explore different parts of Museumsquartier, meet other artists in residence and know more about their recent work; as well I visit other institutions associated with Museumsquartier, as for example EIKON, MONOCHROM and especially the Research Institute for Arts and Technology (RIAT), where I was able to attend to different workshops, presentations and even work during some days in FOLLOW THE PATH video projection screen surfaces.
In my spare time had the opportunity to walk through the historic center, visit museums and meet friends who passed through the city or live regularly in Wien.
It was a pleasure to discover places like FILM MUSEUM, EKH, SOUNDAPOTHEKE, JUMI and COLLECTIF ANONYME.
In general, I can describe my residency time as enriching and rewarding experience, full of great surprises. A great combination of professional and human experience.