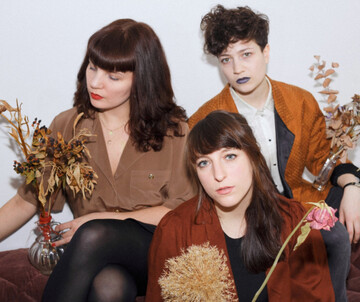 The Band DIVES was founded by Tamara Lichtfried, Viktoria Kirner, and Dora de Goederen in 2016 and rapidly became a firm fixture in Vienna's underground scene. The initiative came from the Girls Rock Camp 2015, where the musicians first met. With their striking mix of surf and garage rock, DIVES make a strong musical statement, putting them on a par with contemporaries around the world. Their mumok performance will offer a preview of their debut album, which will appear on Siluh Records in fall 2019.