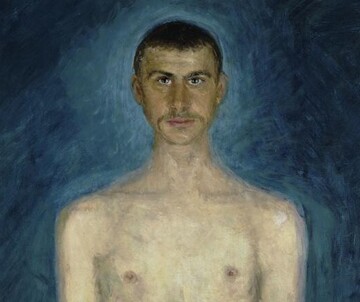 Richard Gerstl (1883-1908) is considered the first Austrian Expressionist who created an oeuvre full of stylistic innovations even before Egon Schiele and Oskar Kokoschka. With his abstracting-gestural manner of painting and the stylistic heterogeneity of his work, he broke with the conventions of his time.

25 years after the last monographic presentation of his oeuvre in Austria, the Leopold Museum is dedicating a comprehensive exhibition to the artist based around the eminent works from the museum’s own collection. Additionally, the presentation provides an unprecedented exploration of Gerstl’s connections to his contemporaries and role models, as well as to artists of the present. His expressive manner of painting, which would lead the artist all the way to a dissolution of forms, may have been inspired by the works of Edvard Munch, Vincent van Gogh, Pierre Bonnard and Lovis Corinth. Gerstl, in turn, provided inspiration to a whole range of artists, who especially admire his Expressionist late oeuvre, including Martha Jungwirth, Georg Baselitz and Paul McCarthy. This contextualization of Gerstl’s oeuvre within the art of the 19th, 20th and 21st centuries links the past with the present.

The exhibition curated by Diethard Leopold and Hans-Peter Wipplinger is created in cooperation with the Kunsthaus Zug.