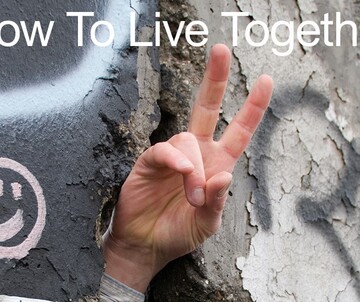 “The term ‘performance’ is slippery even within relatively well-defined contexts. In today’s economy, it not only refers to the productivity of one’s labor but also to one’s actual, quasi-theatrical self-presentation, one’s self-performance in an economy where work has become more dependent on immaterial factors.” (Sven Lütticken, General Performance, e-flux journal, 2012)

In Collective Study we exchange knowledge and skills – particularly those not acknowledged by society. How about a study of doing nothing? What could ‚ideal work‘ look like?

Connecting to this years‘ topic of WIENWOCHE, Beatrice Forchini, member of Denkfabrik, has developed this Collective Study session that will question the erasure of boundaries between working time and free time. Let’s follow for a while the utopist argument in favor of a refusal of work, and the role of laziness, as an antidote against a constant performance or as an point of departure from which rethinking the sphere of work. Some laid-back reading, combined with a digression inside the exhibition How To Live Together, will be taken into account and used as a basis for a slow motion inquiry into the everyday experience of idleness.