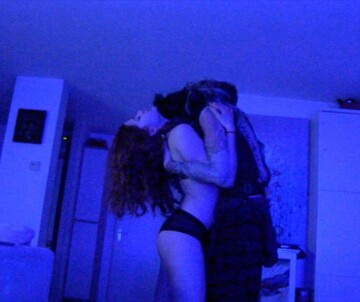 Through Craigslist, an internationally active internet network, Samira Elagoz arranges one-on-one meetings with a wide variety of men in three different cities. The set up is simple - she brings a camera, and films how they get to know each other. Every encounter is real and unscripted.

Craigslist is a digital grab bag. Anyone is allowed to post anything there: from house sales ads to job applications. And of course there are all sorts of variations on the “man seeks woman” theme. Samira Elagoz used Craigslist to meet a veritable cavalcade of men, including a magician, an exhibitionist, sadist video artist and a soft-core porn director. She films her first encounters in a candid and transparent cinema vérité style that has been updated for the YouTube generation. She describes herself as a behavioral researcher, but is by no means an objective and dispassionate observer. In reality, she is enticing and risk-taking. Sometimes a relationship develops, but the more frequent outcome is a slightly fearful situation with violence simmering under the surface. It makes little difference in which part of the world her subjects are living – they are all lonely in some way, shape or form.

“Elagoz assembles and edits all this in a film that is as rawrealistic as it is frivolous, as moving as it is funny, as dramatic as it is optimistic.” Els Van Steenberghe, Knack Magazine

Craigslist Allstars premiered at IDFA, the biggest documentary festival in the world and was nominated in the main competition at CPH:DOX 2017.

Supported by: The Finnish Cultural Foundation, Blooom Award and SNDO

The movie is not suitable for an audience younger than 18 years.